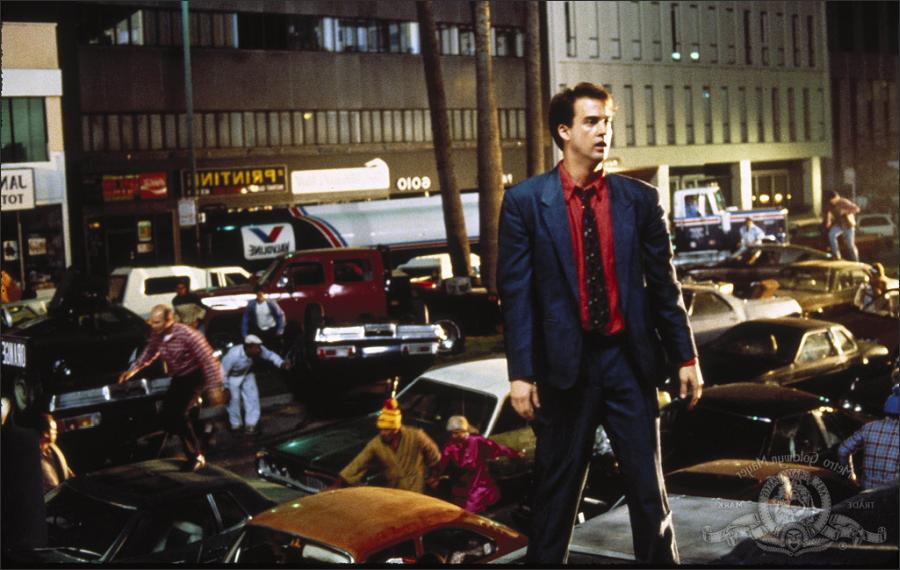 If you’re a fan of this movie (and you should be), then this release is a treasure.

Synopsis: A young man hears a chance phone call telling him that a nuclear war has started and missiles will hit his city in 70 minutes.

Review: An undisputed cult classic, Miracle Mile is almost a one-of-a-kind movie experience. A regular guy named Harry (Anthony Edwards) who, at thirty, wonders why he hasn’t found love yet. He’s at a museum one afternoon and meets Julie (Mare Winningham), who seems perfectly suited for him. They go out afterwards and he takes her to a park to listen to him perform in a jazz band. She has to go to work later and wait on tables, but he promises to pick her up just after midnight when she gets off. He goes home and falls asleep, and since the power goes out in his building, he oversleeps. When he wakes up, it’s already past three a.m. He decides to go to her restaurant anyway, and when he gets there, he’s dismayed that he may have missed his chance at love. A telephone in a nearby phone booth rings and he picks it up because hey, it could be her, you never know. He says hello, and the voice on the other end is frantic and hurried, explaining that the world will be destroyed by way of a nuclear holocaust in less than an hour. The voice is interrupted by gunshots and another voice comes on and says to forget everything and to go back to bed. Harry hangs up and staggers into the diner and tries to tell the few patrons what he thinks he just heard. At first, no one believes him, but one of the women dining there happens to be a government employee with access to a government phone and high connections. She makes a few calls and she hesitantly confirms Harry’s dread. The nukes are already in the air, and there’s just enough time to race to the airport or a helipad to fly to someplace remote … like Antarctica. The next hour of the movie is a breathless chase as Harry is determined to find Julie and take her with him, because without her, life just wouldn’t mean anything. The apocalypse does indeed happen right before the final credits, and Harry and Julie’s love is perfectly preserved for all eternity.

No one else deserves credit for this movie’s suspense and believability than its writer and director, Steve De Jarnatt, who also made the excellent post-apocalyptic film, Cherry 2000. The Los Angeles locations are perfectly used here, and the entire film, save for a few minutes at the beginning and the last few moments at the end are filmed at night, from dusk till dawn. Despite an ironically bleak ending, this is not a hopeless film. There is a real driving force that propels the events of this story and the cool score by Tangerine Dream energizes the pace (not that it ever drags). The actors are all nicely cast. This is a high mark in the genre.

Kino Lorber recently released both of De Jarnatt’s films onto blu ray, and this release of Miracle Mile is simply astounding. Never properly released onto the widescreen format before, this film looks incredible in its proper aspect ratio (1:85:1), and the sound mix is great too. Kino went all out and produced some fabulous extra content for this release, with two separate audio commentaries with De Jarnatt and other crewmembers. Also included are deleted scenes, bloopers, an alternate ending, and a cast and crew reunion feature, as well as bonus trailers. If you’re a fan of this movie (and you should be), then this release is a treasure.