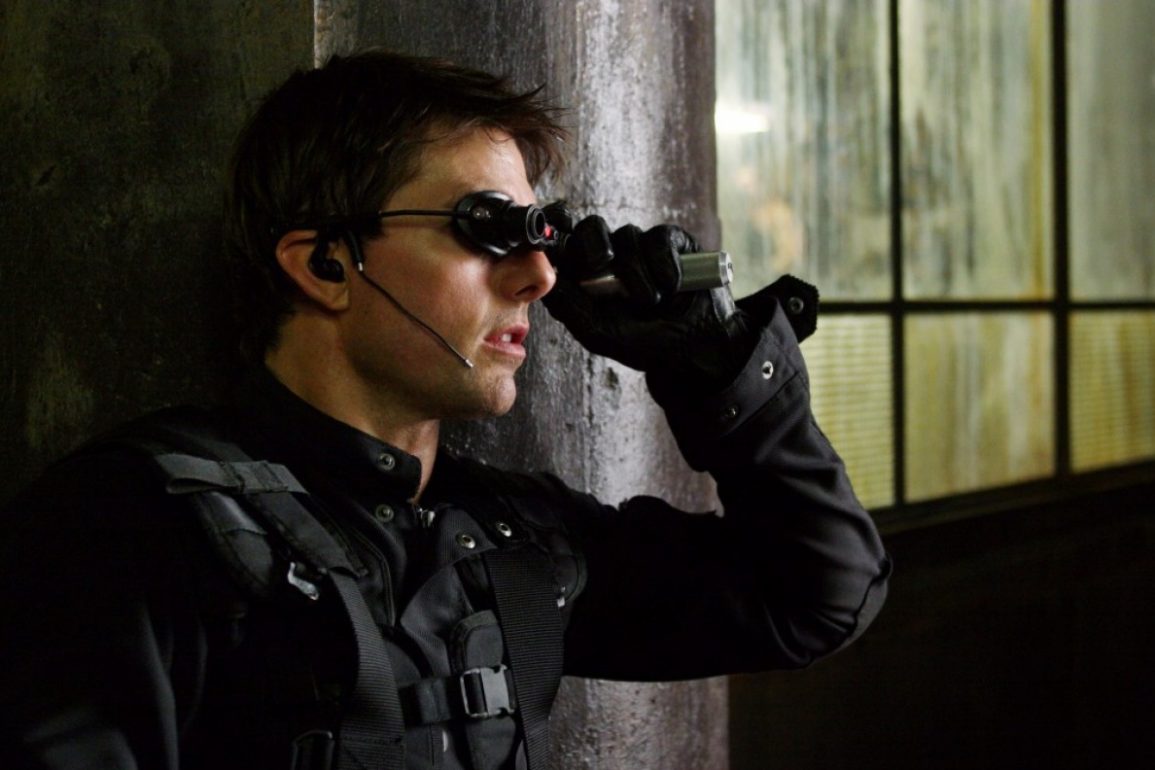 Mission: Impossible III has solid performances and some impressive action scenes but loses some of the tension that was built up early on.

Plot:Retired from active duty, and training recruits for the Impossible Mission Force, agent Ethan Hunt (Tom Cruise) faces the toughest foe of his career: Owen Davian (Philip Seymour Hoffman), an international broker of arms and information, who is as cunning as he is ruthless. Davian emerges to threaten Hunt and all that he holds dear — including the woman Hunt loves.

Review: Mission Impossible 3 may be the cursed third entry but I found it to be quite an enjoyable film with some really good action scenes.

The plot finds Ethan, semi-retired from IMF, is now engaged to his girlfriend Julie. However when he’s reluctantly brought back into the action he’s forced to capture an arms dealer called Owen but when he escapes and kidnaps Julie Ethan must steal a mysterious device known as ‘The Rabbit’s Foot’ in order to get her back. There’s nothing really special in the way of a plot, it’s all just an excuse to get from one action scene to another. There’s a couple of surprises but nothing too big.

The acting was also pretty good, no-one’s winning any awards but it’s nice to see people actually doing something rather than just being there for the sake of being there. Tom Cruise is still damn good as Ethan Hunt, he’s tough and he’s capable however this time he has someone he truly cares about at risk and that makes him careless. Ethan’s team all had some point of worth but they disappeared in the final third of the film, Maggie Q looked gorgeous and deadly, Jonathan Rhys Meyers had a topless scene because he took the eye-candy role of the film. I liked seeing Ving Rhames back as Luther, it’s good to see him and Ethan are still friends from the first film, he even mentions ‘Langley’ at one point in the film, Simon Pegg appears in literally two scenes, it’s like the film was saying, ‘Hey remember that Simon Pegg is famous now? Well we have him in this movie.’ I’ll give props to Phillip Seymour Hoffman, he played the villain really well, Owen’s a real slimy character but you’re convinced he’ll break your neck without hesitation. Plus in one scene he has to play Ethan who’s playing Owen and he does that pretty damn good.

Of course the main reason anyone will watch this film is the action and there’s a great number of them, from the breaking in The Vatican – actually an original idea I think – to the fantastic bridge scene and then a crazy as hell building-to-building swing which is followed by a car chase through the streets of Shanghai to set up the climax. Admittedly the whole thing loses a lot of tension because the film opens with Owen, Julie and Ethan in the one room where Owen has them both captured so you know that at some point Ethan will get to that moment meaning he has nothing to worry about before-hand – and yes I know that you could’ve guessed that without the opening but at least then the film could’ve tried to surprise me. Regardless though this is a case of the journey rather than the destination and it’s an enjoyable journey for what it is, not entirely memorable but you can remember a couple spots along the way.

Overall I’d recommend this film, it’s good for what it is and it’s not the dumbest action film out there but it’s not the smartest either. Check it out if you’re a fan of the others but there’s nothing here to make you a fan.