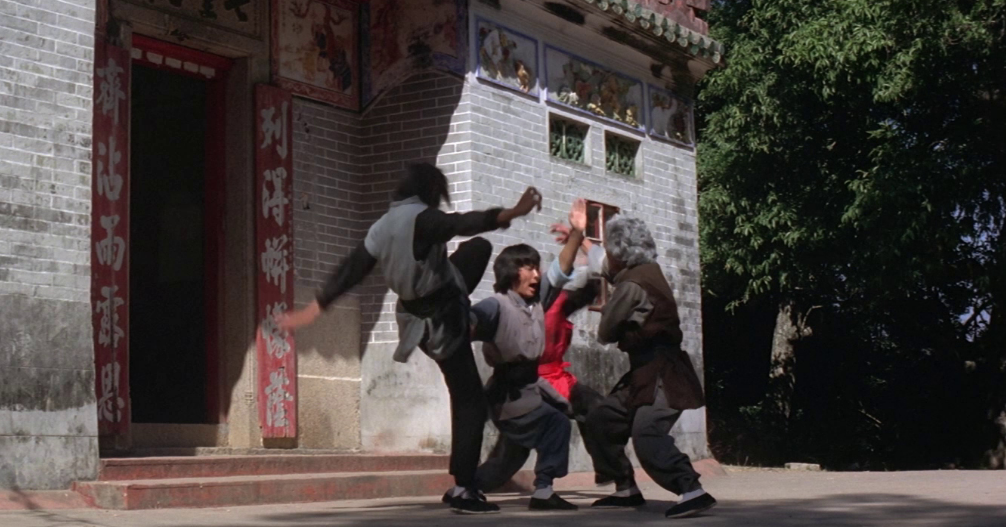 Plot: A rapscallion loafer goes to prison but escapes with half of a valuable amulet and goes on a quest to find the other half.

Review: A vagabond loafer named Wei Chung (Siu-Tung Ching) is apprehended by the authorities for killing a guy, and he’s swiftly thrown in prison until what will likely be the end of his days. While in prison, he immediately clashes with his cellmate, a one-eyed, old kung fu master highly proficient in martial arts. After they get into several scuffles (which the master easily and effortlessly wins), the old man sees in his cellmate some potential and some spit and vinegar to perhaps carry on his legacy, and so just before being executed, the old master gives Wei Chung his only possession: one-half of a wooden amulet, and bequeaths upon him the task of undertaking a quest to find the other half if he can ever escape from prison. Wei Chung does just that, but during his escape he’s chained by the ankle to another prisoner: Zhou (Hau Chiu-Sing). This makes their escape a bit complicated, but after encountering a muscular blacksmith in the countryside who refuses to break their bonds, the two guys dupe the blacksmith and manage to use his tools to break free. Meanwhile, a band of cunning assassins come calling at the prison looking for the old master, who the warden recently executed, and what they’re looking for is the wooden amulet. When they realize that the item is in the possession of Wei Chung who just escaped, they send an envoy out to either apprehend or kill him, as long as they can search him for the amulet first. With a bunch of killers out to find him, Wei Chung eventually meets up again with his fellow escapee Zhou, who has been keeping a close eye on him because – surprise! – Zhou is the one with the other half of the amulet. When the two pieces are conjoined, it’s a treasure map to a place in the mountains where some sacred scrolls are located, scrolls that teach the invaluable skills of monkey kung fu! When the assassins come after them, the two sidekicks will have a real challenge ahead of them, but they’ll have a little leg up because now they know a martial art that the other guys can’t possibly compete with!

A fun and sometimes exhilarating martial arts comedy with almost nonstop fight scenes, Monkey Kung Fu reminded me a lot of the classic Jackie Chan movies with meticulous, rambunctious fights and encounters involving different props. It’s a fun show, and the two leads are engaging and energetic. Director John Law Ma and the Shaw Brothers producing make this one special and more entertaining than many others of its ilk and era, and at a fleet pace of just 93 minutes the movie moves like butter.

88 Films recently released Monkey Kung Fu to Blu-ray as part of their “88 Asia Collection,” and this one is #31 on the spine. It comes with a foldout poster, a booklet with an essay, a reversible sleeve with alternate artwork, a new HD remaster, an audio commentary, interviews, trailers, and more. 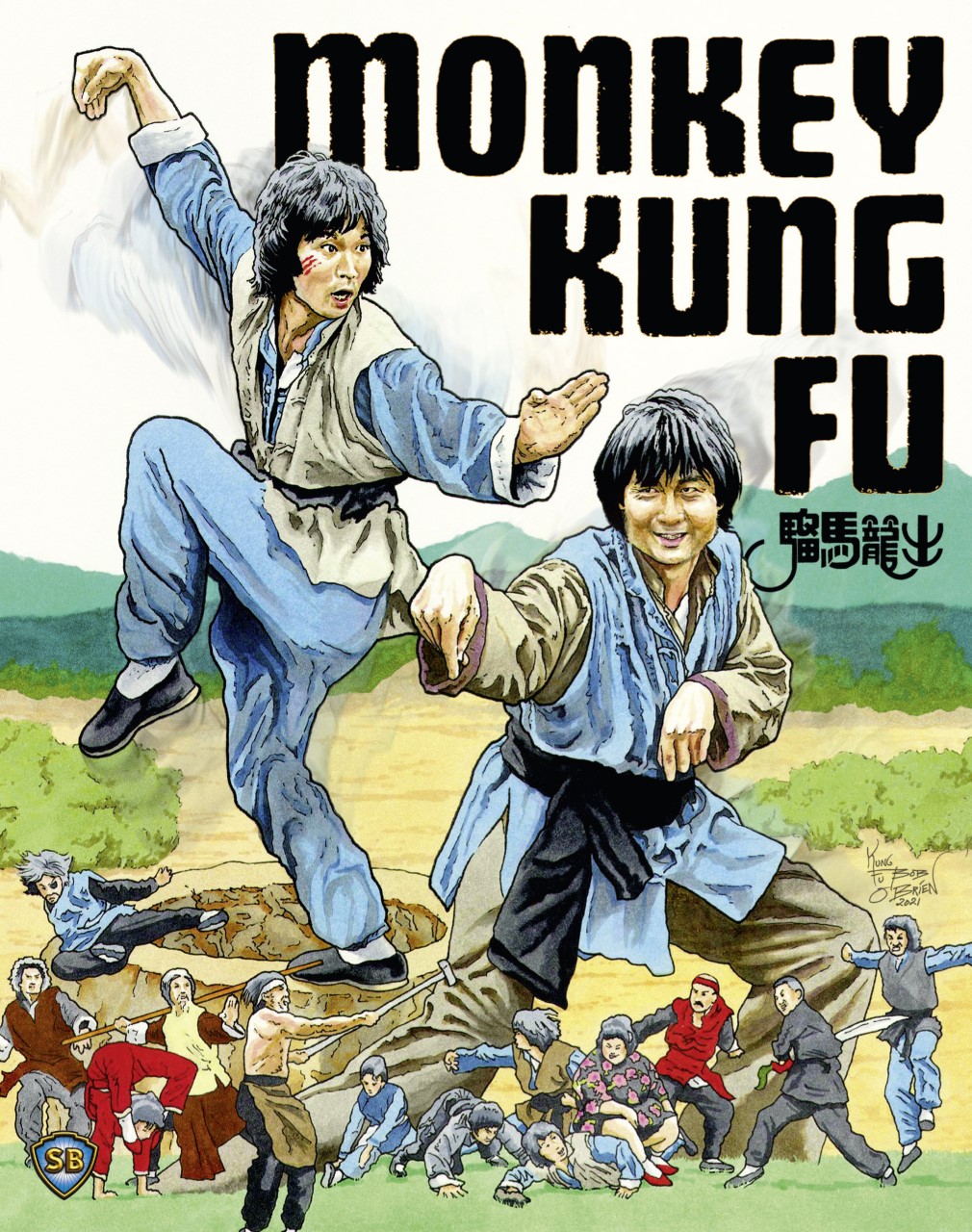