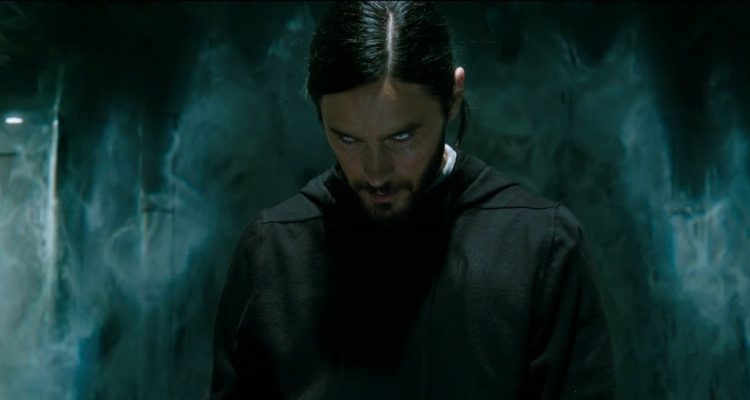 Despite the movie being overly shot in the dark and the action being borderline unwatchable at times, Morbius is a decent timewaster with agreeable performances by Jared Leto and Matt Smith and a thrilling cameo at the end.

Plot: Dr. Michael Morbius (Jared Leto) discovers a serum for his rare blood disease that turns him into an insatiable, vampire-like creature.

Review: I have read the origin of the Morbius character in Marvel comics. While never among the comic company’s A-List of characters, Morbius always had a distinctive look and backstory that intrigued me. Unlike most of Spider-Man’s rogue gallery, Morbius was a more reluctant and tragic villain than the megalomaniacs who consistently graced the web-slinger’s pages. While I’d always been interested in the character showing up in a Spider-Man movie, I admit that I was taken aback that he warranted his own feature film.

Well, the good news about this movie is, it isn’t crap. If you’re hearing that this movie is garbage on the ‘net, I encourage you to make your own decision whether to see the film or not and remember that the internet is primarily populated either by teenage girls or people who act like teenage girls. Morbius is a perfectly fine timewaster that isn’t offensive, isn’t preachy and isn’t likely to piss you off. While I wouldn’t say it was a top-tier movie that is going to win buckets of awards or make a killing at the box office, not every movie has to do that to be considered alright.

The story is what you would expect – brilliant guy invents serum, things go wrong, he tries to deal with the side effects, and the stuff ends up falling into the wrong hands. There are no surprises, and there are no twists – it is what it is. That being said, they are faithful to the character’s origin, to his backstory and to the actual character (at least that I know of), so that’s a plus. They also got the look of the character right, and he looks incredible, especially in his monster form. At under two hours, the movie moves briskly, and both Jared Leto and Matt Smith give above-average performances in their roles as protagonist and antagonist, respectively. You understand the motivations of all the characters in the movie, and not once did I scratch my head and wonder what the hell was going on – which I couldn’t say for more recent acclaimed fare…*cough*The Batman*cough*.

With the Morbius character being a vampiric-type role, the movie is set in the dark a lot, which is a bit of a bummer, but at least you can understand why a lot of the film is set at night. What is inexcusable is the, at times, terrible action scenes. I don’t know if it was because they wanted to preserve the PG-13 rating, or if the director doesn’t know how to film action, but the movie seems to go to lengths to either not show you the action or to show it to you in such a frenetic, shaky fashion that you’re not sure what the hell is going on half the time. They try and balance that with freeze-framing at certain points to give you the characters doing juicy action poses while fighting, but it doesn’t make up for the mess that frequently unravels in front of your eyeballs. At times, I wished they locked the camera down or tried to slow down the frenzied pace of the action so that I could tell at least who was hitting who. Needless to say, this is the biggest disappointment in the entire movie.

What wasn’t disappointing was the cameo at the end, and if you don’t know who is supposed to appear in the movie, I’m not going to spoil it for you. Let’s just say, it was undoubtedly terrific seeing the character appear, not once, but twice during the end credits and the second time, a team-up is suggested, which I would be all for seeing happen on the big screen.

So, regardless of the terrible reviews this movie is getting from “professional” movie critics who sit in front of computers and pompously pontificate about what is acceptable viewing and what isn’t for audience viewers, Morbius isn’t that bad. With the action scenes cleaned up, this probably would have been one of my favourite comic book movies from recent years. As it is, it’s a decent time at the cinema. While that used to be not worthy of note, these are different times where movies are designed more to preach and bludgeon than entertain. Therefore, in this day and age, Morbius is a cut above what we usually get from that sprawling wack-a-doodle factory called Hollywood.