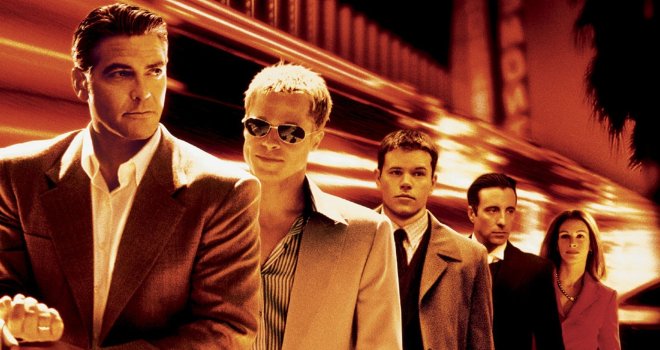 Most Exciting Destinations in Ocean’s 11/12/13 Series

The Ocean’s 11/12/13 series of films are some of the best conman films featuring some of the best actors in the world, such as Brad Pitt, George Clooney, Julia Roberts, Catherine Zeta-Jones, Matt Damon and many more. The trilogy has a fantastic storyline and exciting destinations.

Here are the most exciting locations in the films.

Ocean’s Twelve is set in Amsterdam, where Rusty Ryan, Linus Caldwell and Danny Ocean meet Matsui in a coffee shop called DampKring. Linus Caldwell is pranked in this scene.

Amsterdam is a beautiful city, and there are many things to do and experience in the city. For example, you can visit the Anne Frank House or take a walk in Vondelpark.

If you want to get a feel of what Ocean’s team experienced aside from the coffee shop, you can visit the Van Gogh Museum and check out some of the most stunning and inspiring pieces of artwork on display.

This is probably the best location in the series where the original film in 1960 was set as well as the first and third installments. After planning, the guys hit up some of the most famous casinos in Las Vegas, including the Bellagio Casino and Hotel. This world-class luxury resort is renowned for its luxurious and elegance facade, not to forget the great “Foundation of Bellagio” where the film’s crew stood after successfully completing their job.

The casino is a favorite place for many professional poker players mainly because the poker rooms have high table limits. If you have the guts, you can always raise your stake.

The MGM Grand Hotel and Casino is also featured in this series. Terry Benedict is filmed watching a boxing match in this casino. This is one of the largest hotel buildings in the U.S and has been featured in several films such as the Great White Hype and Vegas Vacation.

Ocean’s Twelve was also filmed in Rome. In this ancient city, The Night Fox (also known as Francois Toulour) used his capoeira moves to find his way around heavily armed security guards at the museum to steal the Faberge egg.

The museum, whose name in the series is Galleria D’Arte di Roma, is not a museum in real life but rather a British School in Rome; however, some exhibitions are displayed there.

Rome has many sites to visit, such as the National Roman Museum, National Gallery of Modern Art (Nazionale d’Atr Moderna) and the Sistine Chapel, Galleria.

Lake Como, located in Lombardy, Italy, is a beautiful place and popular among aristocrats. The area has many villas and most of them are owned by popular celebrities such as Sylvester Stallone, George Clooney and Madonna.

Scopello is located in the province of Trapani in Sicilly. Trapani is a crucial fishing and ferry port with associations with Tunisia and Egadi Islands. Wondering where Scopello was featured in Ocean’s Trilogy? It happens near the end of the Ocean Twelve where Brad Pitt (playing Rusty) and Catherine Zeta-Jones (playing Lahiri) meet Albert Finney (playing LeMarc) along the beautiful coastline.