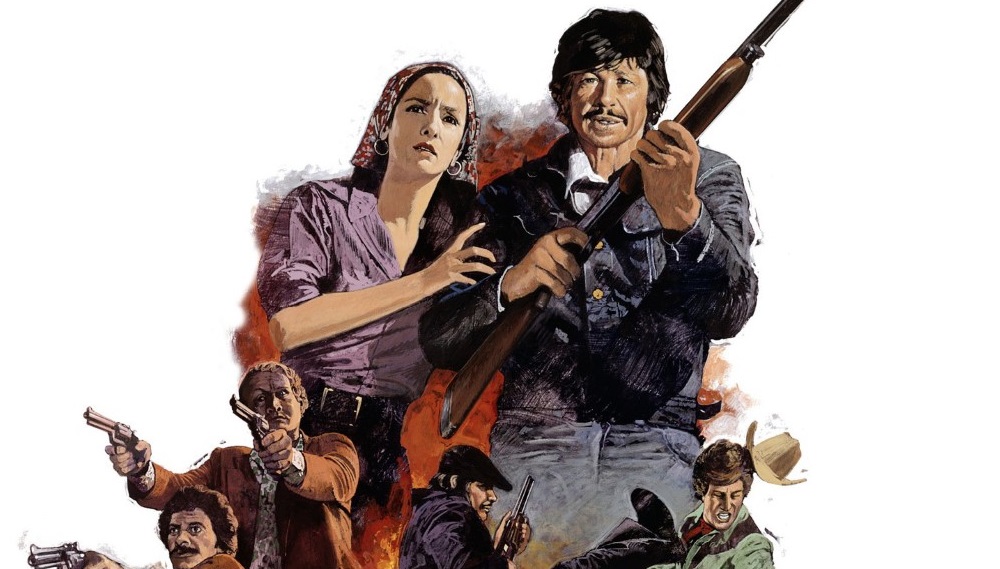 A classic Charlie Bronson character study and action film, Mr. Majestyk glides like a butterfly through its simple plot with charm, wit, and pitch perfect performances.

Plot: A watermelon farmer gets caught in a sticky situation when he gets arrested for assault, and then while on his way to jail he breaks out with a hired killer.

Review: Vince Majestyk (Charles Bronson) is a humble watermelon farmer after a tour of duty in Vietnam, and he pays a fair wage to migrant workers or anyone reputable willing to work a hard, honest day of labor. When a two-bit enforcer (played by Paul Koslo) tries to muscle in on Vince’s labor force, Vince turns the tables on him and sends him packing. This act of righteous rage gets Vince arrested and the local law will throw the book at him (he has a record of violence and spent nine months in prison), all while his precious crop of melons is on the line. With no means to bail himself out, Vince is in the process of being transferred by bus to a prison when the bus is attacked by a squad of mob killers who are after Vince’s seatmate, a professional hitman named Renda (Al Lettieri). In the chaos, Vince and Renda escape together, and Vince takes him to his hunting lodge where he comes up with a plan: He will turn Renda – a high profile criminal – in for his freedom, but he’ll have to maintain custody of Renda first. When his plan completely backfires, Vince makes a mortal enemy out of the assassin, who makes his way to safety and vows to kill Vince before he resumes his duties to the mob. Renda clears a path: he makes sure all charges against Vince are cleared, then he makes his way (with other enforcers) to Vince’s farm where he proceeds to systematically dismantle Vince’s life and livelihood before setting out to kill him … except he greatly underestimates how tough and resourceful Vince is.

A classic Charlie Bronson character study and action film, Mr. Majestyk glides like a butterfly through its simple plot with charm, wit, and pitch perfect performances. The two lead villains, played by Koslo and Lettieri are perfectly cast against Bronson, and it’s a classic underdog story in the style of future classics like First Blood. Written by novelist Elmore Leonard, the movie just works on every level. From director Richard Fleischer.

Kino Lorber is about to reissue Mr. Majestyk on Blu-ray in a special edition format, and the transfer is upgraded to a new 2K master. There’s an audio commentary by Bronson expert Paul Talbot, plus two on-camera interviews, a TV spot, and the trailer. The sleeve is also reversible, and it comes with a slipcover. 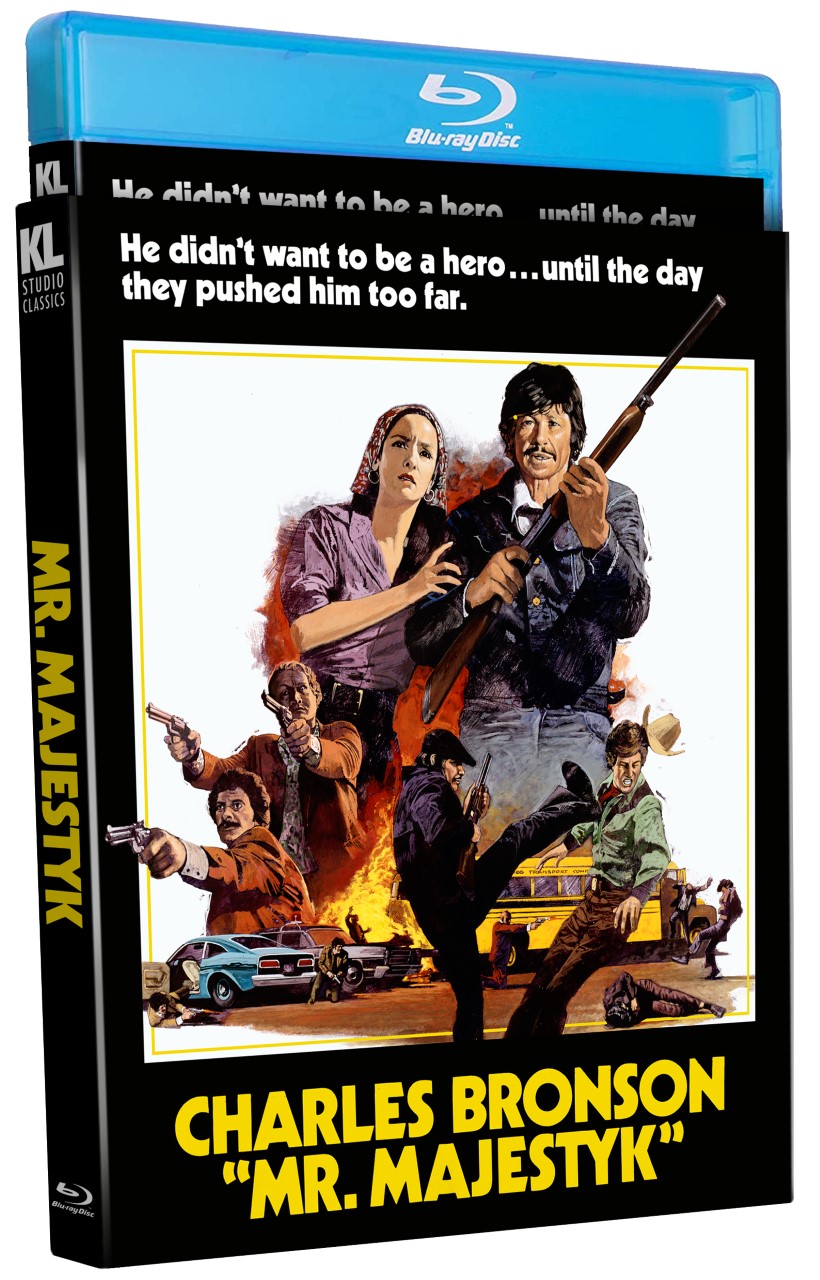