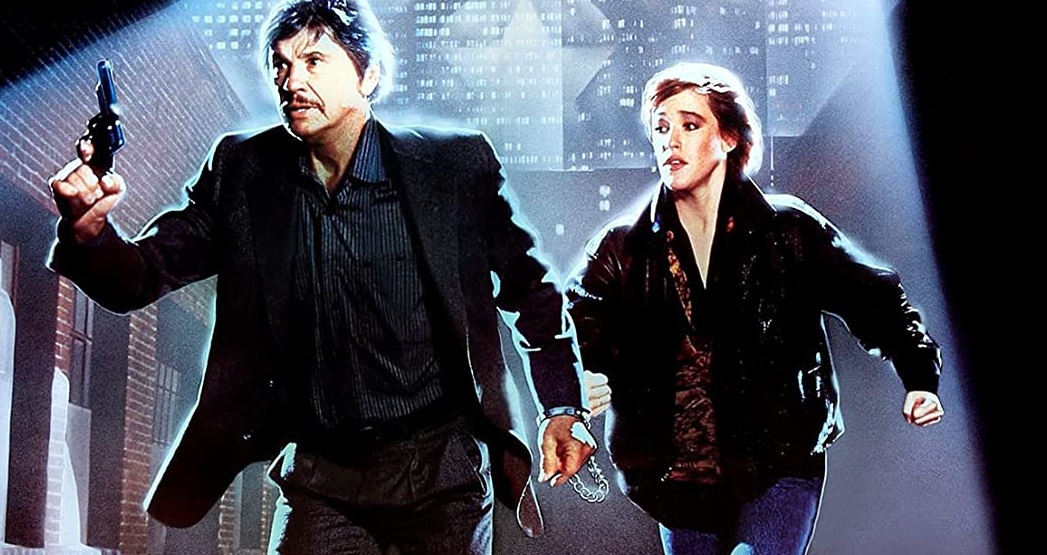 Sort of overshadowed by the Death Wish sequels, Murphy’s Law has its rewards and this Blu-ray from Kino is worth picking up if you don’t already own it.

Plot: A detective is framed for the murder of his wife, and he teams up with a thief to help clear his name and get some justice.

“Remember what I told you: Don’t fuck with Jack Murphy!“

Review: After a small time carjacker steals his car and crashes it, detective Jack Murphy (Charles Bronson) catches up to Arabella, the young thief (Kathleen Wilhoite), and she turns around and kicks him in the balls. She gets away. Murphy’s an alcoholic – he drinks on the job, catches his ex-wife’s stripper act as often as possible, and follows her around, moping and getting himself in trouble at work for slacking or using excessive force. When he later catches Arabella by accident, he throws the book at her, and it’s just his luck when his wife is shot dead with his gun later that night, and his car is seen driving away from the incident … with him inside it to boot! He wakes up, bewildered, and then the cops bust down his door and cart him off to jail for the murder of his ex, and Arabella the thief is there in the same cell hanging out, waiting to be arraigned. Murphy is cuffed to Arabella, and instead of waiting around to be put through the system for a crime he didn’t commit, Murphy breaks out of jail with Arabella chained to him. Together, they are forced to become buddies as Murphy figures his situation out: A psychotic woman he helped institutionalize a decade ago is hunting down everyone who contributed to her pain and suffering, and she has planned out an obstacle course for Murphy because he’s the one she hates the most. The woman (played by a buff Carrie Snodgress) is hunting Murphy down every step of the way, and when Arabella gets in the way, she doesn’t flinch when it comes to collateral damage. The only way Murphy is going to stop her and clear his name, while saving Arabella, is to tap into that renegade cop within him and shoot to kill.

Right up Cannon’s alley – and keeping in tune to Bronson’s action star persona (especially during the 80’s) – Murphy’s Law is pretty good for an unexpected buddy/buddy movie. Wilhoite, whose first film this was, is super spunky and loudmouthed, but she comes across as endearing despite her annoying insults to Bronson, who seems like he can barely tolerate her. Snodgress is a great villain, and when Bronson dispatches her, it’s pretty satisfying. Sort of overshadowed by the Death Wish sequels, Murphy’s Law has its rewards. Directed by Bronson regular J. Lee Thompson (10 to Midnight).

Previously released on Blu-ray in a limited edition and now out of print disc from Twilight Time, Murphy’s Law has been picked up and given a new edition (with a slipcover) by Kino Lorber. The transfer is about the same, with a nice high definition gloss, and it ports over the previous audio commentary by co-star Wilhoite and a film historian, and adds a new interview with one of the supporting co-stars, as well as two radio spots and the trailer. The only thing missing from the Twilight Time release is the isolated score track. 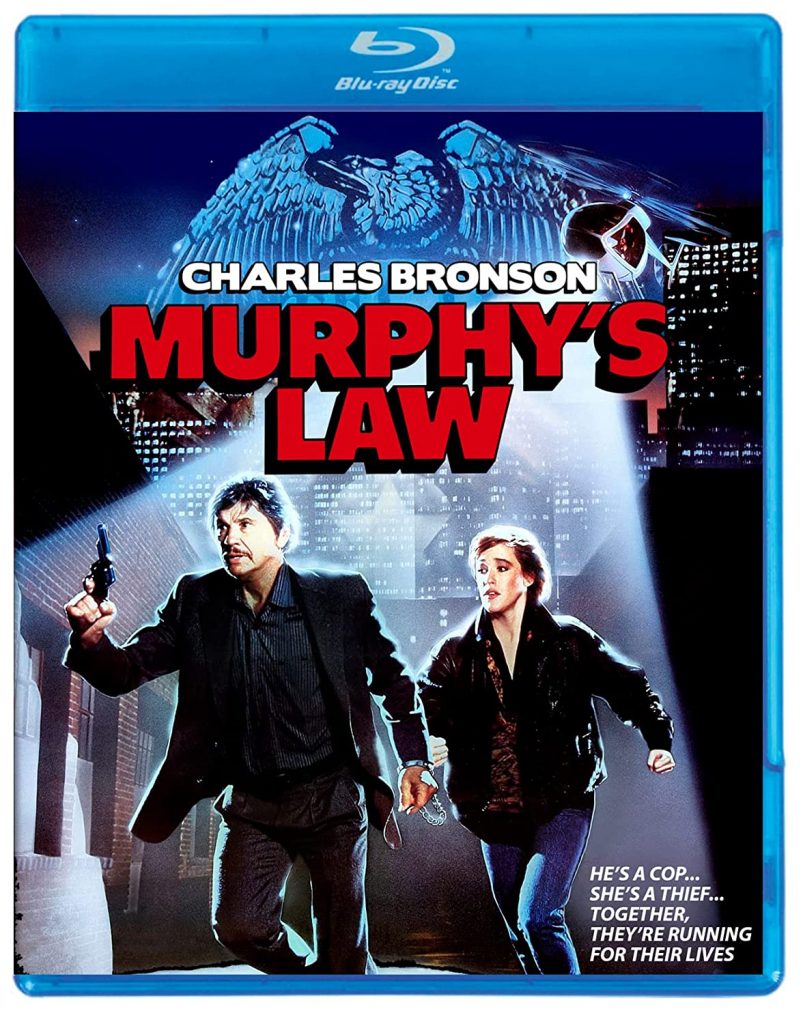