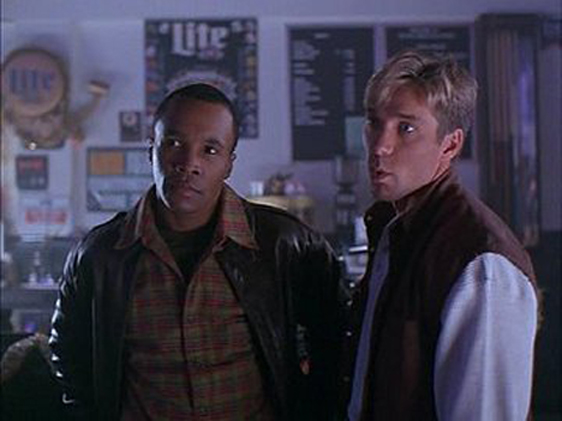 So I decided to randomly list my favorite PM Entertainment films, so let’s see how it goes.

Here’s one I wasn’t so sure about because of who was the lead, but ended up being a surprise, the story is nothing new but it works, there’s some fun action, our main villain (played by Evan Lurie) is fun to watch, and it moves at a fast pace.

This has one of the best leads in a PM flick at least to me; it has a decent story, the action (especially the chase at the beginning) is very well done, and just like a lot of the films on this list doesn’t overstay its welcome.

What’s interesting about this one is I didn’t care for it when I first watched it, but when I rewatched it over a year ago, I liked it a lot more; the cast do the best with the material, the action is great (it’s hard to even pick a favorite one), it moves at a pretty good pace, and the story is engaging overall.

Here’s a solid one that has a surprisingly decent villain in William Shatner, but has some solid action, a decent story, has a lead who in my opinion should’ve been given another chance to star in a film that went to theaters, but I digress, and has decent direction. My only problem was the obnoxious score at times, but that’s it.

I finally got to watch this a few months ago and had a lot of fun with it; the action is well done, most of the cast is good, the story serves its purpose, and moves at a great pace, I just wish we would’ve had a better lead (not that he was bad, just one with a little more personality).

Here’s one that stars another action star that should’ve been bigger than he was (Jeff Wincott), the action is impressive (particularly the car chase/fight scene), the story is decent, and moves at a pretty fast pace.

Now we get to the ones who have the best action, this one in particular the truck chase and end shootout are very well done, as always Gary Daniels has a good screen presence, the story is decent for the most part, it moves at an incredibly fast pace, and is well directed.

This one has chase scenes that rival some that go to theaters, it’s that good, just like Rage and my number 2 pick, it moves at a good pace, and never lets up on the action, just a lot of fun!

My personal favorite Gary Daniels film which has the best villain in Patrick Kilpatrick, has some very memorable action, has a solid supporting turn by Sugar Ray Leonard (who I wish was in it more to be honest), and has a simple story that works.

And now we get to my favorite one; this one has my favorite lead in a PM flick along with some of my favorite action scenes particularly opening chase scene and shootout in the casino; Titus Welliver is a lot of fun as the villain, and we have a surprising appearance by Mick Fleetwood which was cool to see.