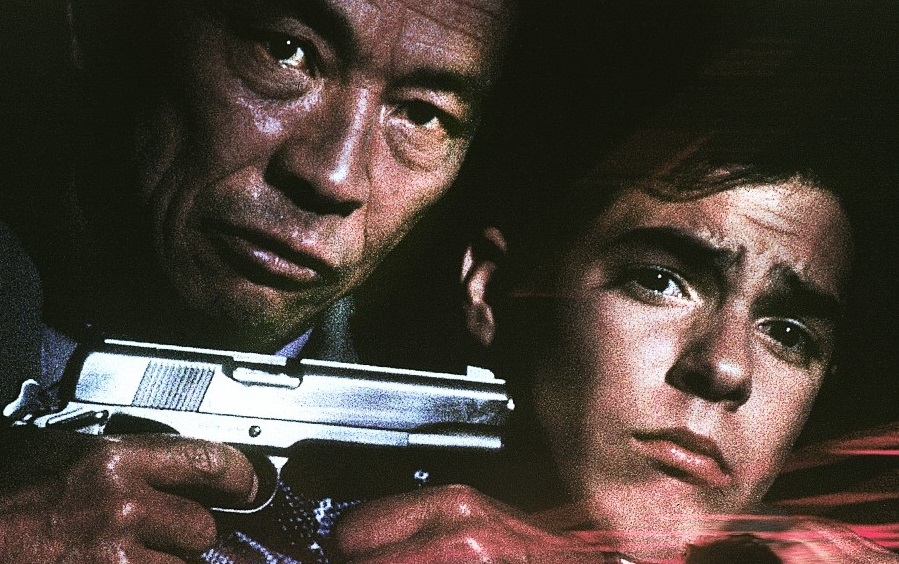 My Samurai will turn a lot of viewers off by its simplistic and amateur style, but I liked it.

Plot: A boy, Peter McCrea, witnesses a gangland murder. He turns to his martial arts teacher, Young Park, to help defend him from the gangsters. On the run from both the gang and the police, Peter learns self-defense and the courage to face his fears.

Review: A young martial arts student named Peter (John Kallo) witnesses a murder by a corrupt cop, and he goes to his master Young Park (Julian Lee) for help. Evidence is altered to make it look like the kid and his teacher did the killing, and so they go on the run while the media labels them outlaws. A crime lord (played by Mako) is in cahoots with the corrupt cop, and so everywhere Peter and Young turn, they face overwhelming odds. But it’s a good thing Young is a force to be reckoned with, because when the bad guys try to fight/kill them, he manages to lay them all out cold. The crux of the story is really about getting Peter to “man” up and become a confident fighter, and by the end of the film he can face his father (played by Terry O’Quinn) as a man.

Shot in ’88, but not released until the early 90’s, My Samurai will turn a lot of viewers off by its simplistic and amateur style, but I liked it. Star Julian Lee (a South Korean martial artist who has continued making martial arts action films in the independent circuit) delivers a deadpan, honest performance, and I would liken him to Jino Kang (also South Korean), who made the films Blade Warrior and Fist 2 Fist. That’s a complement, trust me. Lee also produces his own films, and some other titles of his are Dragon and the Hawk and Little Bear and the Master. Bubba Smith from The Wild Pair has a cameo here. Directed by Fred Dresch.

MVD Rewind’s brand new Blu-ray for My Samurai presents the film on disc for the very first time anywhere. It includes two versions of the film – the “R” rated version, as well as the extended cut in a VHS transfer. Each version has its own original score, so this is a big deal if you’re a fan of the movie. Julian Lee does an on-camera interview, along with a co-star, and there are two separate on-camera interviews with other members of the cast and crew. The trailer is included, plus a fold-out poster. 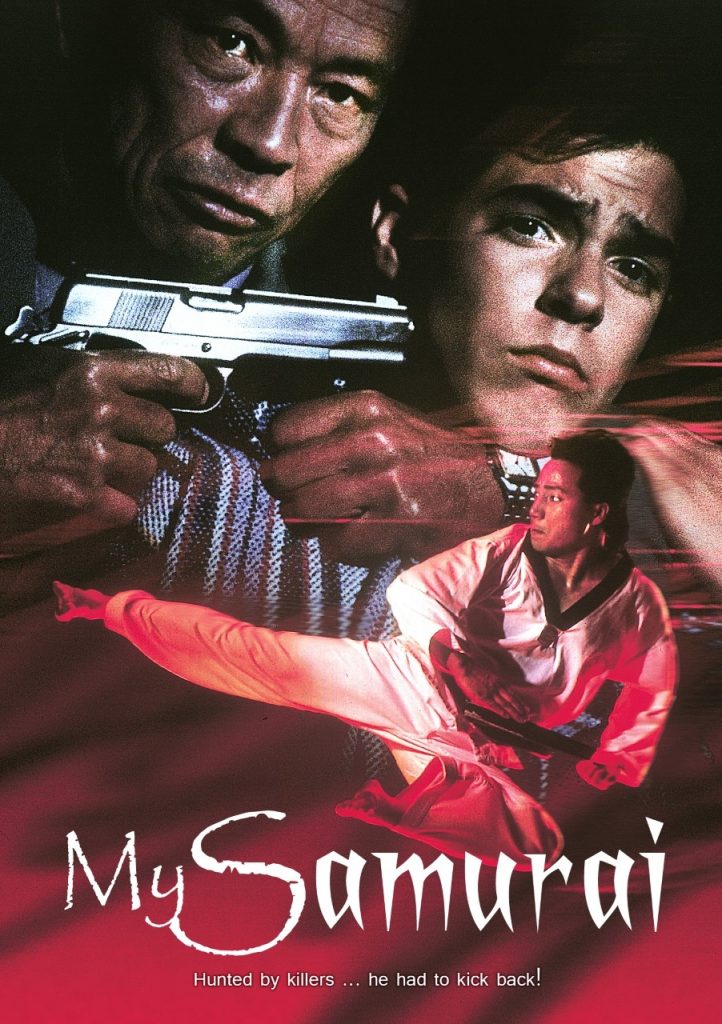