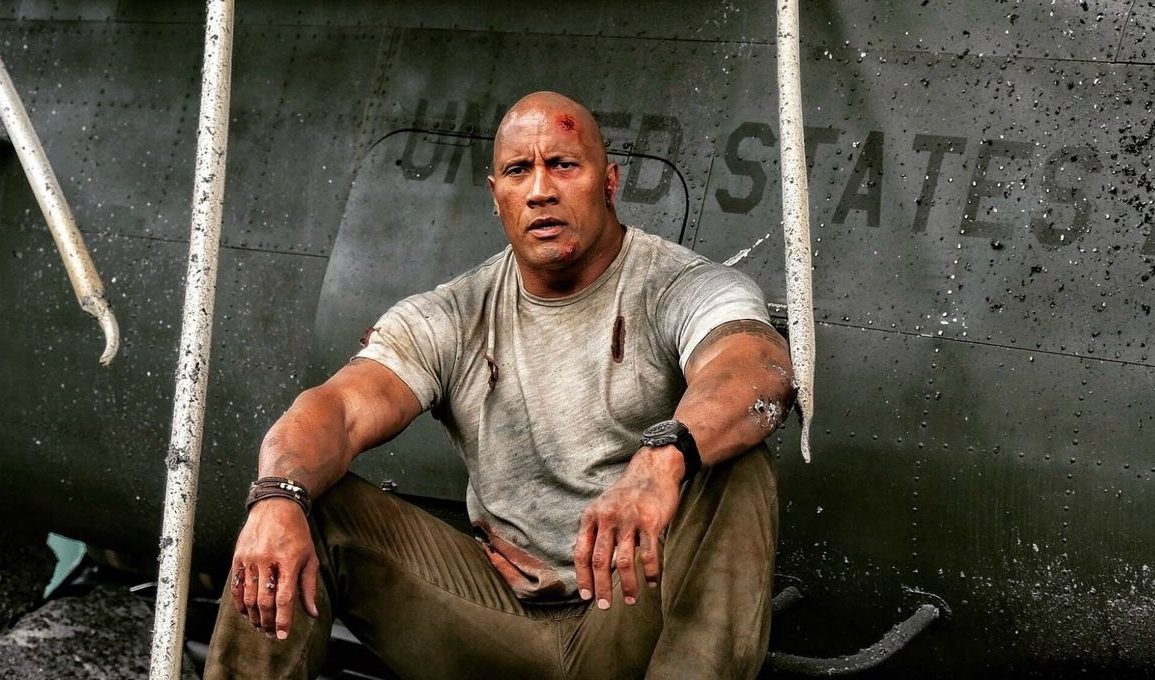 Time to rate one of the most successful wrestler-turned-lead actors to date with ten arguable solid picks. He has charisma but not always as great a resume to go with that starpower so after much debating, I decided he was overdue for a look at his best outings so far to date. 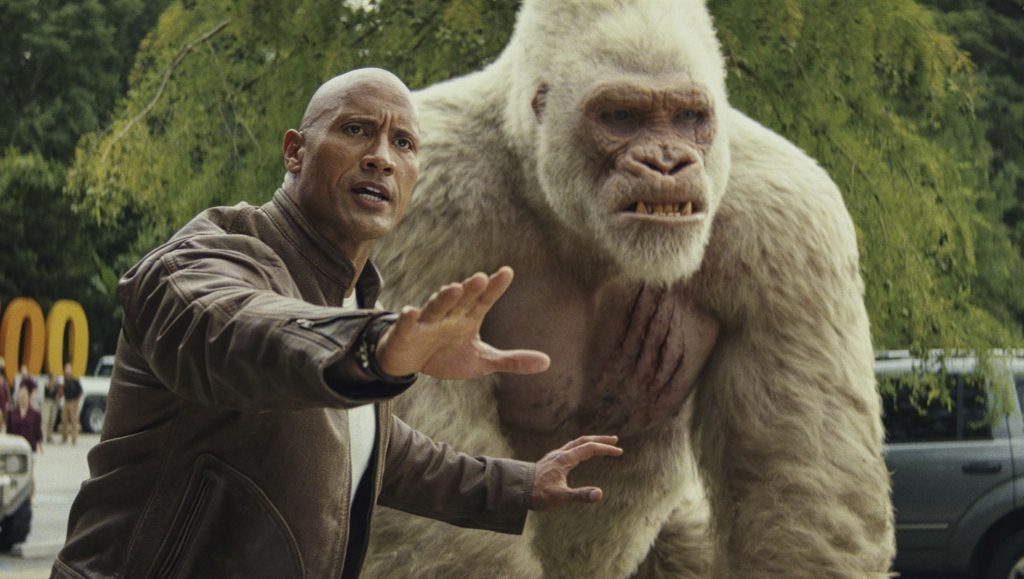 The second videogame adapted film he did benefits from what each type of film of this sort should do: be its own thing while having easter eggs for fans of the game. It plays also rather well as a fun Kaiju/Godzilla type outing while also having some fun Planet of the Apes type moments. Unlike his previous disaster films, the filmmakers and Johnson manage to actually get together some reasonable obstacles, challenges and far better pacing as opposed to the previous films where they either took their time, had annoyingly predictable material and way too much talking that it got offensive to even call them “Action,” let alone “SciFi.” This one isn’t a stinker and had some notable destruction scenes while also showing that one might have some solid disaster films to check out in the future still left in Hollywood should something of this continue to come out every few years. 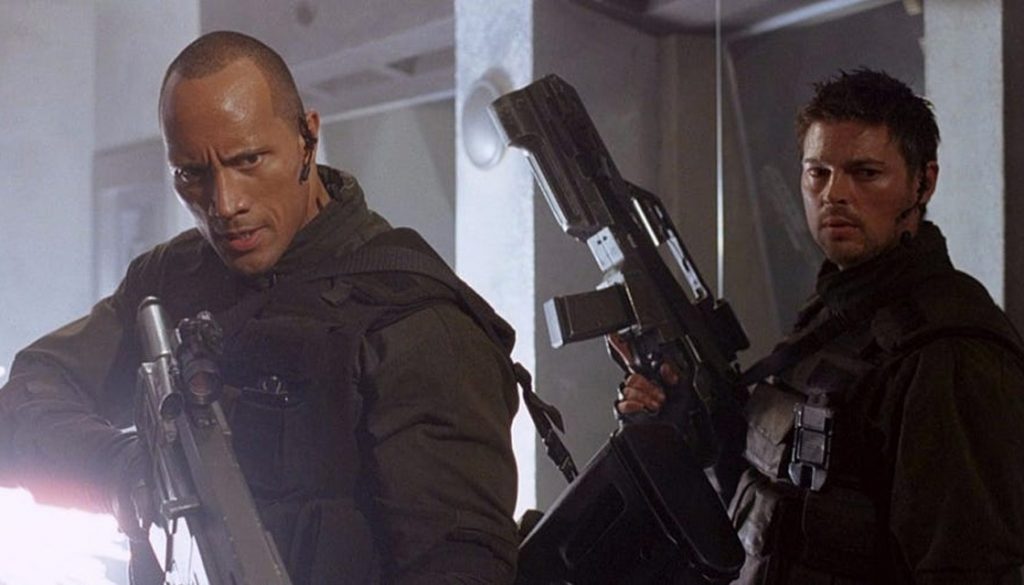 The second videogame film on this list (which was dissed by even him years later) and while I initially hated it, it’s the perfect kind of shit sandwich. Have fun with the Predator type names of the squad; enjoy the Aliens/Jurassic Park type B-movie mayhem; and it’s truly worth it because of the first person shooter sequence at the end. Unlike Uwe Boll films, it had some elements of fun from future Expendables and Godzilla writer Matt Callahan. It it had a more involved studio, it could’ve turned out far better but it still worth a look nonetheless for fans of experiment-gone-wrong subgenre flicks.

The Rock gets some of his best lines to date while also making for a memorable anti-hero turned villain and while his make-up at the end isn’t the best, this is still worth seeing for fans of Stan Winston’s people and the effects ship techniques. The Sarge character is psychotic enough could easily measure up to any war criminal character of the past you could think of from Dolph Lundgren’s Scott in Universal Soldier or Tom Berenger’s Barnes in Platoon! 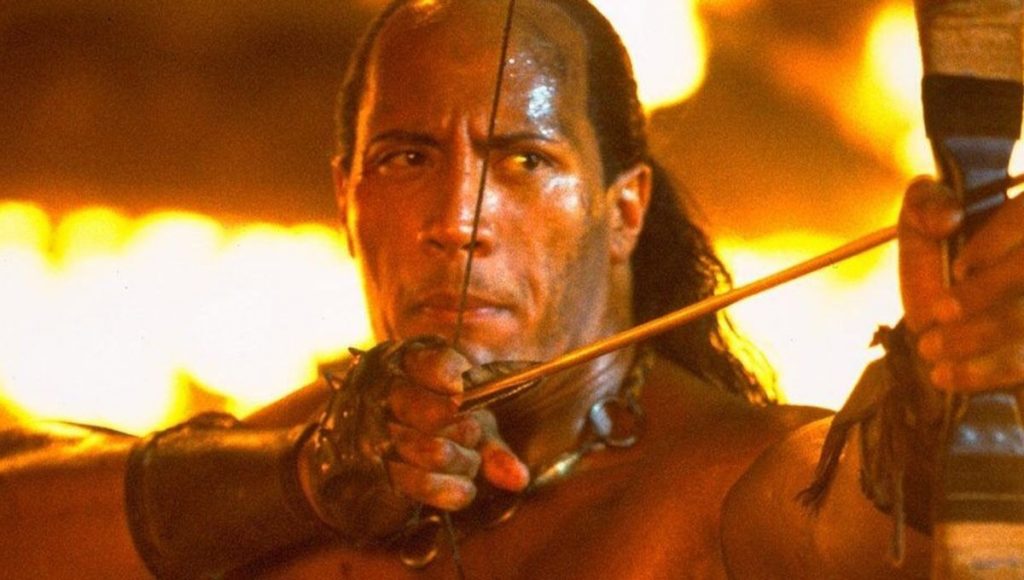 Rather weak in the dialogue department (to the point of distraction), this Conan/Beastmaster clone still will entertain fantasy fans who don’t mind big slices of cheese. The whole film is energetic to where it’s too repetitive at times and the supporting cast, while unremarkable, still does their job rather competently. Had it been rated R and allowed The Rock to even make this his first theatrical saga, he could’ve easily had a bigger career of crowdpleasers back then. Overall, for fans of Chuck Russell’s other popcorn fare, it’ll do the trick as a passing meal if not as the main entrée. It also benefits by being its own deal instead of being as vague as his intro in The Mummy Returns was. 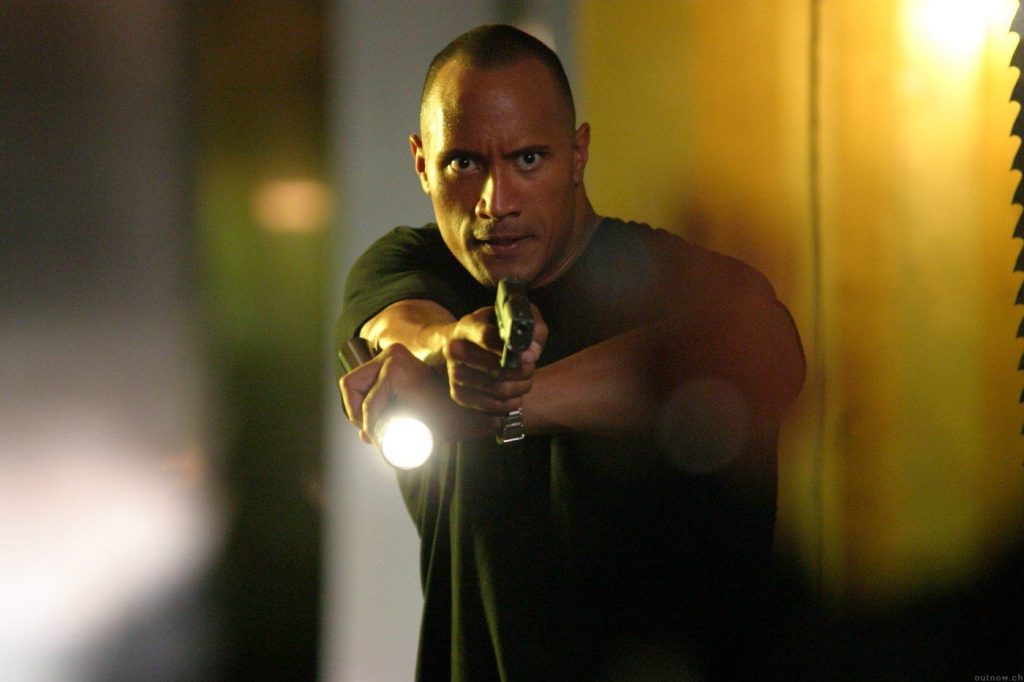 A remake in-premise-only of the earlier Joe Don Baker film of the same name and also claiming to be inspired by a true event, this modern rehash makes for yet another fun violent neo-western. Being deliberately over-the-top and far more going for it than those earlier Bo Svenson sequels (let alone the Kevin Sorbo latter films), it goes for more of a Commando/Road House type vibe if not a modern-day High Noon stance. It’s all rather well-delivered fun and while The Rock doesn’t get many memorable lines, he still gets to play off the entire cast rather splendidly (Ashley Scott as his love interest, Johnny Knoxville as his buddy and Neal McDonough as the main baddie) while getting some neat punches and weapon displays in. 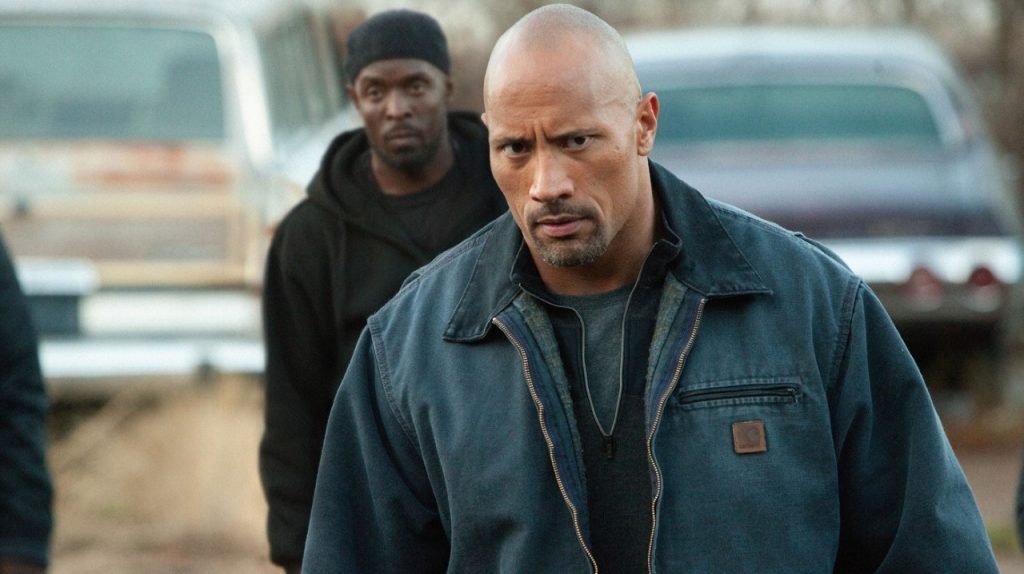 Not only does Snitch have an impressive story, it is also an engaging crime-actioner. The Rock manages to add macho yet plausible appeal thanks to Ric Roman Waugh working his magic yet again in the neo-crime/prison/gang subgenres yet again. The shoot-outs and car stunts are neat to watch (while far from the best) and the undercover portion of the film is neat to watch due to Johnson playing well of other genre stars like Jon Bernthal (Rampart) and Michael K. Williams (The Wire).

While the film is going for a less implausible angle story-wise, Dwayne does sell it as a determined father having to prevent any harm from his imprisoned son by trying to crack down on the supplying drug lord’s gang. Every good action star has a neat villain to play off of at some point on their resume and, in this case, Benjamin Bratt takes the cake as one of Rock’s best antagonists despite not really facing off with him in person. 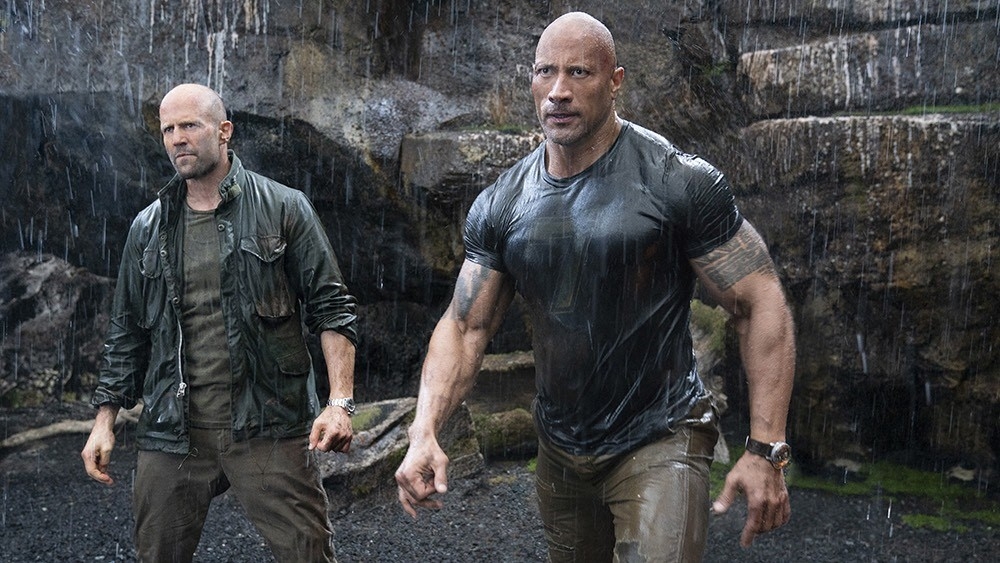 Despite too many comedic bits (let alone them being all over the place) and an extremely lame anti-climactic final villain fight, this buddy film works rather well in many ways. Much like Tango and Cash or any better Lethal Weapon/Die Hard type buddy picture, this film gets the personas of Johnson and co-star Statham down to where they both equal out the film instead of trying to steal it from one another (and, boy oh boy, have we heard stories about both their egos!). The whole thing requires zero knowledge of the Fast & Furious franchise (which it’s a spin-off of) but it’s all the better for it as any spin-off should take that route instead of rely on either previous knowledge or be afraid to be its own thing.

The third chunk of the film is way too silly but the whole thing is easy to get into without feeling like a missed opportunity, let alone like a lousy excuse for a buddy film. The plotting itself is twisted enough and the filmmakers do a neat job of being creative with the various fights while introducing other amusing bits and visuals inbetween. Both stars get plenty of notable one-liners and you believe in their unlikely like-hate friendship while changing up the various combat scenes instead of just repetitive slugfests and gunplay. 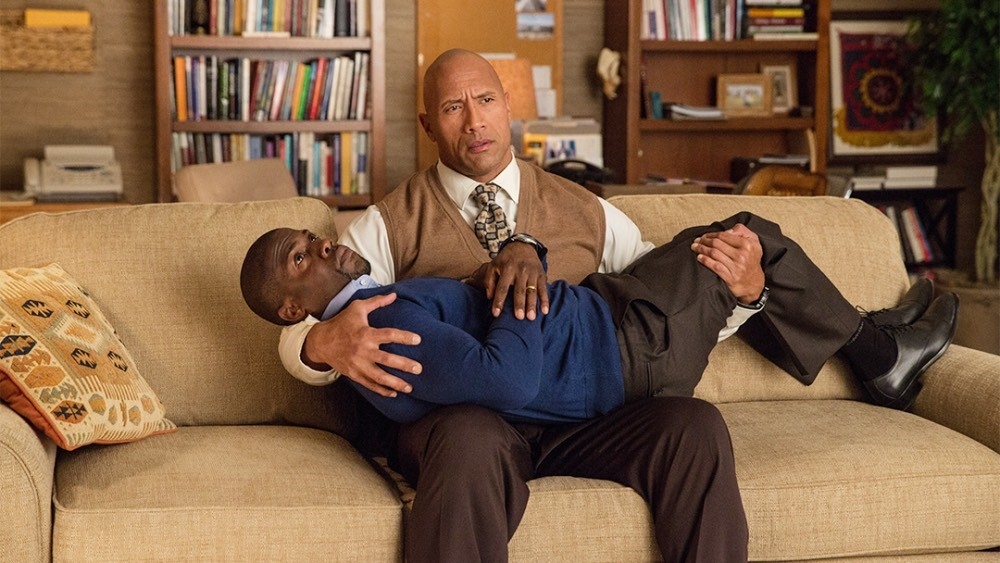 The second spy film on this list after no.4 is a surprisingly fun buddy action-comedy. Sure, he did G.I. Joe: Retaliation, San Andreas and F&F sequels but he was mainly just part of a big all-star cast in those and they varied too much in quality depending on the crowd. Here, enter this fun Bourne Identity/True Lies type espionage buddy film which thanks to the writers of We’re the Millers has instant cult comedy written all over it. The whole outing could easily make a fun double feature with something like Mr. and Mrs. Smith, and one should still hae fun with it even if they’re not a fan of Kevin Hart as The Rock doesn’t let anyone overpower him but does have them all step it up in terms of breaking out of their usual norms. That all makes sense as this is quite a quirky film at times but at least it embraces the camp while not being over-plotted and tedious. 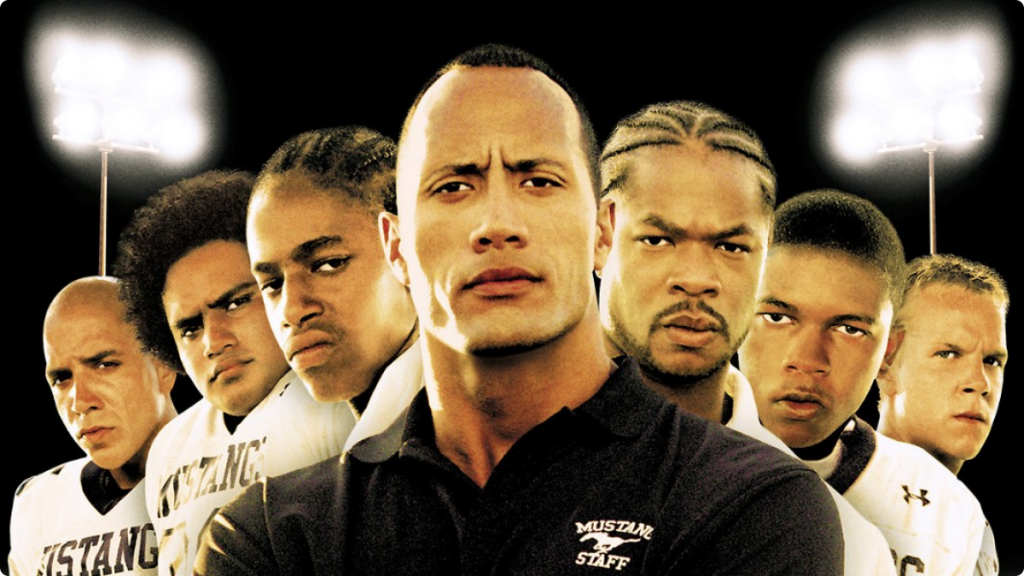 About time there was a sports film we could all enjoy regardless of interest in the actual sport of football or not. This biography allows for a fun mix of training montages and a redemption story following ex-cons having to channel their energy and future aspirations through the football sport. The whole film never relies just on the games nor on just the personal yet violent lives of the players. The Rock might not slug anyone but at least you buy him as the coach and he gets some solid speeches, some of which are easily up there with any line of dialogue that he later delivered on the HBO show Ballers. Check it out next time you see it on the television set and you’ll be pleasantly surprised by the atypical nature of it all. 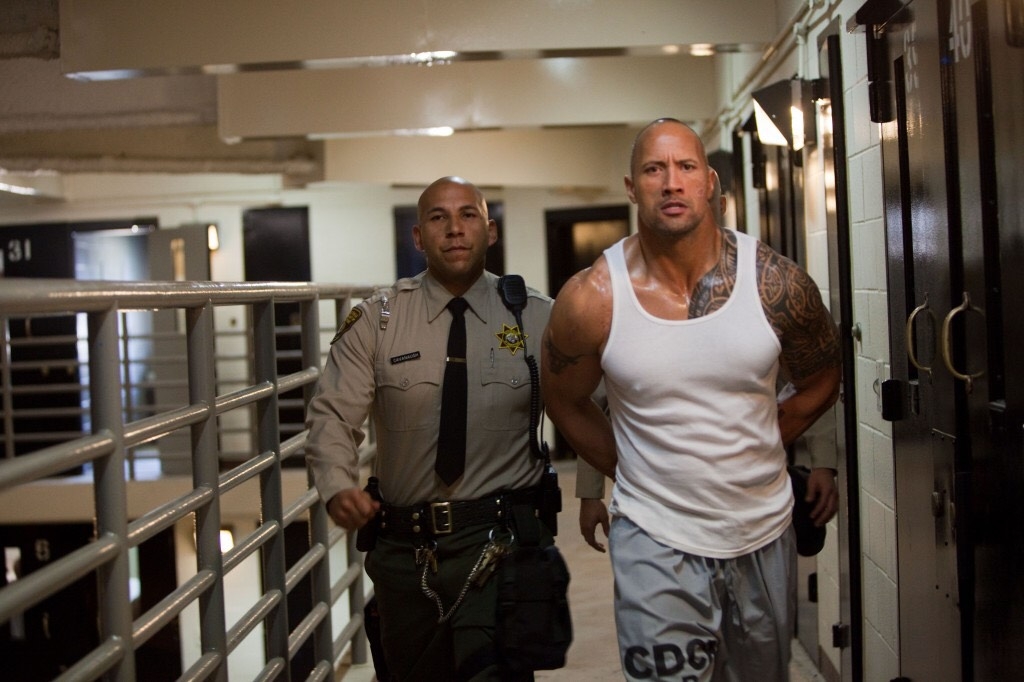 A rock-solid (was about time I made that pun, wasn’t it?) Man on Fire/Taken type revenge film that while keeping the characters simple (i.e. being named based on their occupation) and the whole gritty tone as a rather relentless yet welcome element altogether. Those expecting only non-stop Death Wish or Steven Seagal level nonsense best look elsewhere but this is a neat crime underworld worth checking out (much like Snitch later was) but this one stand out due to the assassins, the turning point of Johnson’s protagonist and the deadly secrets later revealed of specific targets that he’s trailing. It never overstays its welcome and shows how one can make a kickass revenge film while building their world instead of relying on imitating other genre filmmakers all the time. 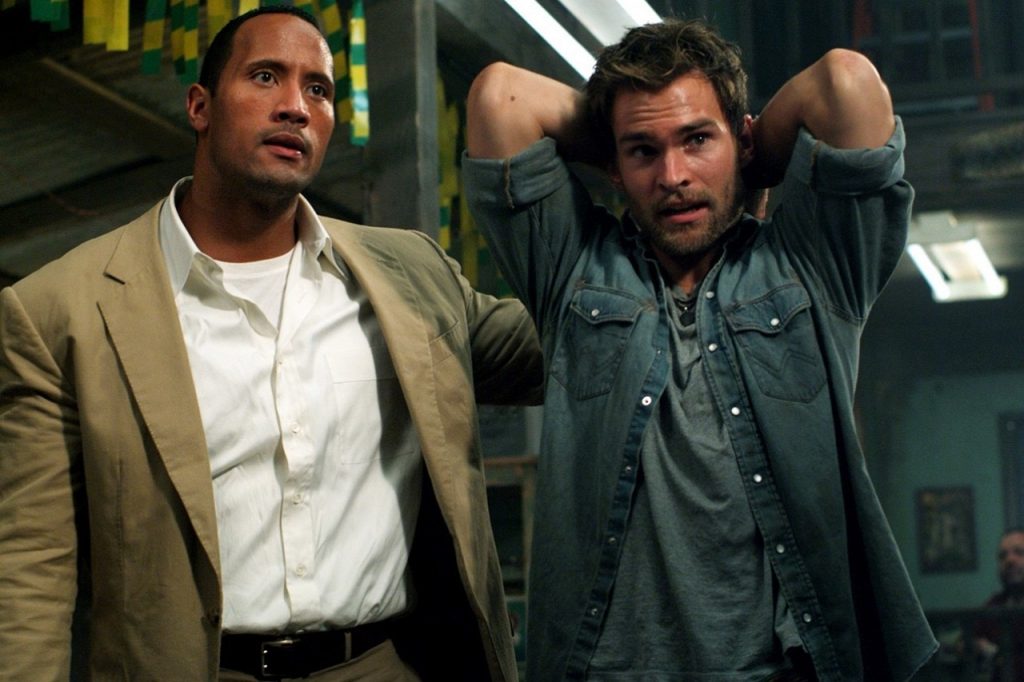 This was a total no-brainer and how could it not be when we, the fanboys, are still asking for that damn sequel already! Mixing buddy elements with “save a village from a tyrant” material, this works well as the second coming of Midnight Run, if not Commando. And despite being one of Johnson’s earlier films, it’s still aged rather well due to limited CGI, off-color dialogue allowing the story to flow appropriately fast and the action being diverse in how it’s staged. It’s well-scored, quotable and is the rarity where you end up wanting more long after its done. And that’s often the sign that this is the best kind of crowdpleaser when that’s the final impression, now isn’t it?