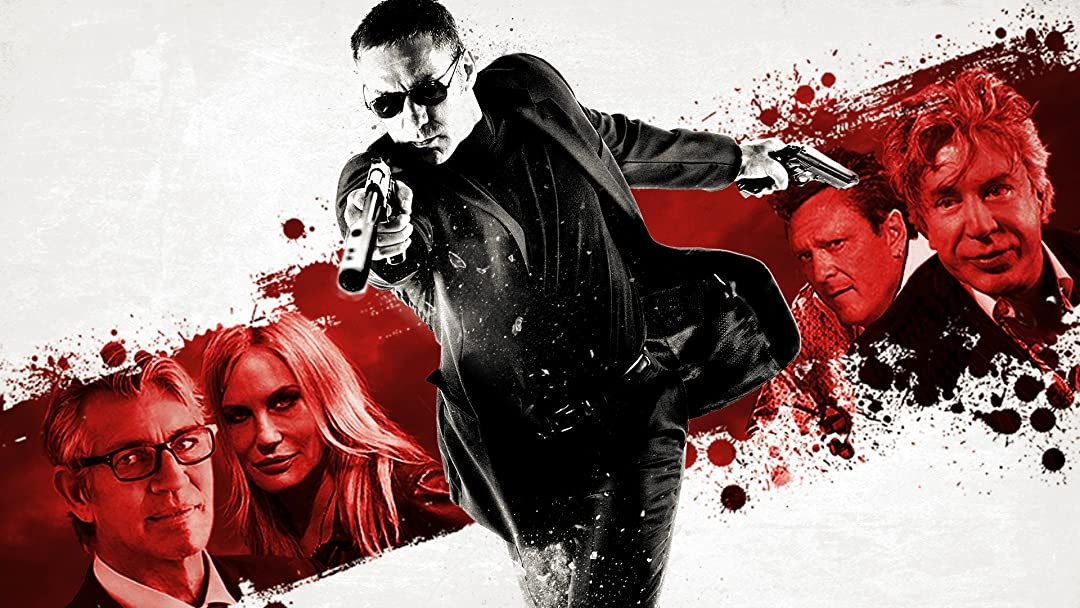 A beyond accomplished martial artist who, prior to having his thunder stolen by Jason Statham and Scott Adkins respectively, was often the go-to for indie and DTV martial arts cinema internationally throughout the ’90s and somewhat so forth. Daniels just keeps getting better with age, even when the premise lets him down or the filmmakers don’t use him all that well. But for us hardcore Action fans who never declined to rent any of his films from the videostore or tune into a film of his on TV stations, I think it’s appropriate now to decide what are his ten best films featuring him to date.

While nowhere near as epic as it could’ve been, this film was a hit and began a resurgence of ’80s and ’90s movie heroes in homage-filled men-on-a-mission type films. Daniels stars as “The Brit,” a former CIA-assigned gun-for-hire who works with Stone Cold’s Paine as the main heavies for renegade CIA agent-turned-island conquering career criminal James Munroe (Eric Roberts in one of many co-starring roles with Daniels).

Daniels is overall underused but is still better utilized than Scott Adkins in Part 2 of the franchise thanks to his fun yet brief spat with Dolph Lundgren’s Gunner character as well as the final gun and H2H fight with BOTH Jet Li AND Jason Statham. Sometimes simplicity works and I guess you can say that’s why it’s worthy of being listed here.

While Zero Tolerance had a good acting role for Daniels, they were hardly the most action-packed for him as a whole. Gary plays an assassin who’s never going to be anybody’s fool given his streetsmart persona and actually wanting to have a life outside his infamous profession. But it’s hardly another wannabe Noir film or Taken as the film keeps progressing to the next crazy unraveling after another. Daniels makes the role have a tad more substance given his studious demeanor, unusual stealthy gunplay and classy suits as well. 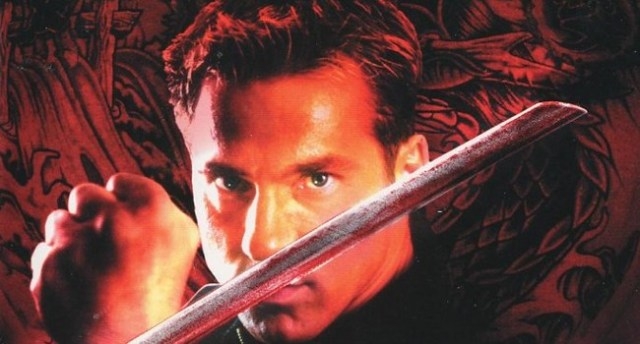 While Ultimate Target/Ides of March was a fun (almost Tarantino/Desperado-ish) mix of fun gangs and assassins monologuing in-between action scenes, it still wasn’t going to be for all audiences. I tried Hawk’s Vengeance but that’s more of a cop drama/mystery flick with some fighting near the last 20 minutes so I had to go with a criminally underloved flick that makes for some fun East meets West mayhem (and more!). Daniels also gets countless rapid insults to spew, fights that move the premise forward & other outrageous R-rated fun. It helps that there are other complicated gang warfare elements to be found in this twisted thriller and that helps make it stand out a bit more.

Cold Harvest was reasonable post-apocalyptic fun but had some slower moments when its main baddie Bryan Genesse wasn’t stealing the movie from Daniels. You’ve probably heard about because this played countless times on HBO cable TV late at night. Probably because the late cool Darren Shahlavi plays a serial killer obsessed with trying to kill various martial arts champions? How about PM Ent. star and Eddie Murphy-lookalike Chuck Jeffreys being in this film and also playing his usual badass persona? Much like Showdown in Little Tokyo, I Come in Peace and even Under Siege, this is one of those cult action films that truly does remain efficient in virtually every area and yet would make a wonderful kind of movie for a party.

The first Queen’s Messenger and the other ’00s flick City of Fear both had some fun moments but were occasionally hampered by trying to be too cute with their amusing exposition or had too many fancy tricks for every other fight. And since this Queen’s Messenger sequel (which you can find on Amazon Prime) really didn’t waste much time, I had to recommend that out of all of these. Daniels makes for a beyond cool spy while also holding the movie on his shoulders and there’s plenty of chases and creative ends to otherwise well-shot gunfights to keep even the biggest nitpicker awake.

Out of any of the early ’90s films that Daniels features in as the lead star, this easily shows his most competent while also showing part of his gritty persona without being overshadowed by schlocky production values or a lesser story. Once again showcasing more East meets West material, it still provides the goods while never becoming dull or annoying.

What do you know? We got the third East meets West film on here and it’s the best of them by far with Julia Nickson (Babylon 5, Rambo II) as the love interest and Cary-Hiroyuki Tagawa (Showdown in Little Tokyo, Mortal Kombat) making for easily the best Gary Daniels movie villain to date with his usual scenery-chewing antagonist. A real shame that this didn’t get a DVD/Blu-Ray release in some countries as it is lightning quick and easily the most accessible to beginners of DTV/indie B-action movie material, let alone Daniels’ resume. Eat up the various D.E.A. SWAT team raids, rooftop fights and car chases now! 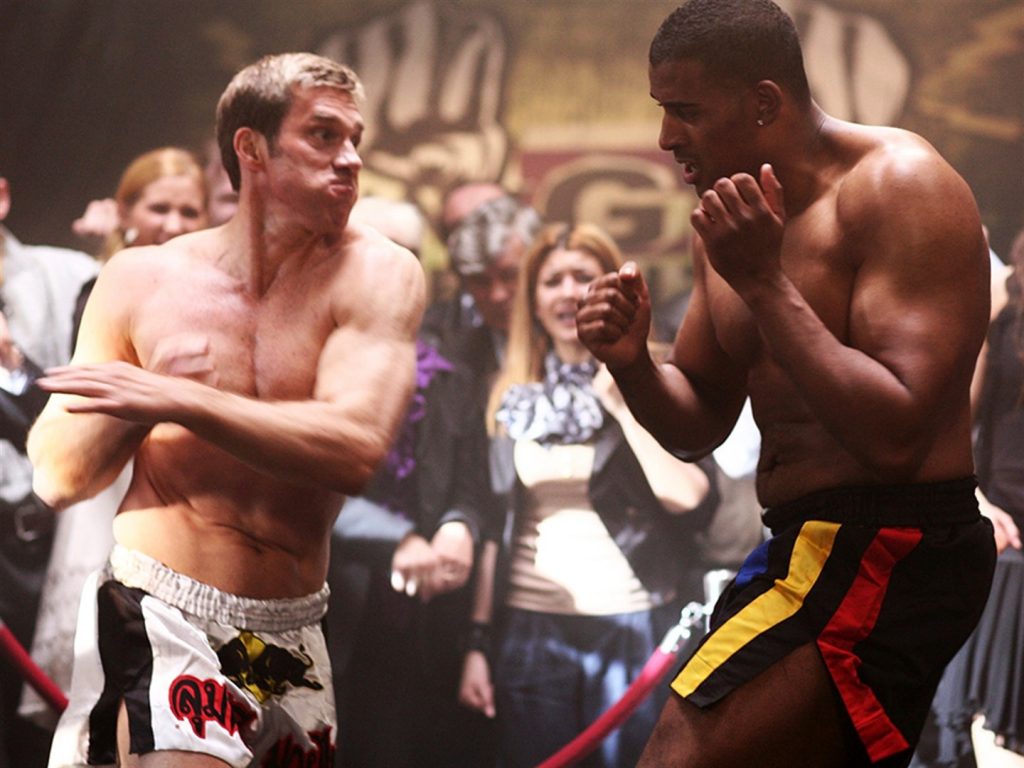 Despite being not well marketed and sounding generic in plot, this film boosts a surprisingly inspired tone and gives one an idea of what underground MMA type fighting might be like. Daniels does sink his heart into making sure his character is realistic while also a hardened man with everything to lose. If he didn’t have to prevent his brother and family from being troubled by this criminal entity, lead by evil Peter Weller. The movie does go for ballsy moments at times and never feels like it’s got nothing to pan out the rest of the film with inbetween melodrama and the actual fighting- all while also making each character’s action feel plausible so it definitely is a great showcase if you want a modern film that Daniels has done while also appealing to the MMA crowd.

The PM Entertainment “R” trilogy as some of us like to joke, these are essential Daniels films nonetheless. They all have their equally relevant moments so it’s virtually pointless to compare them (unless you hate Daniels or PM Ent. altogether, which is that’s the case, why are you here again?). Long-story short: I found that Riot probably had the best villains, suspense and amusing moments, Recoil has the best cops, chases, premise and overall cast while Rage ranks as the best for the mall takedown alone, if not the best amount of intense close-ups for Daniels and the main baddie!