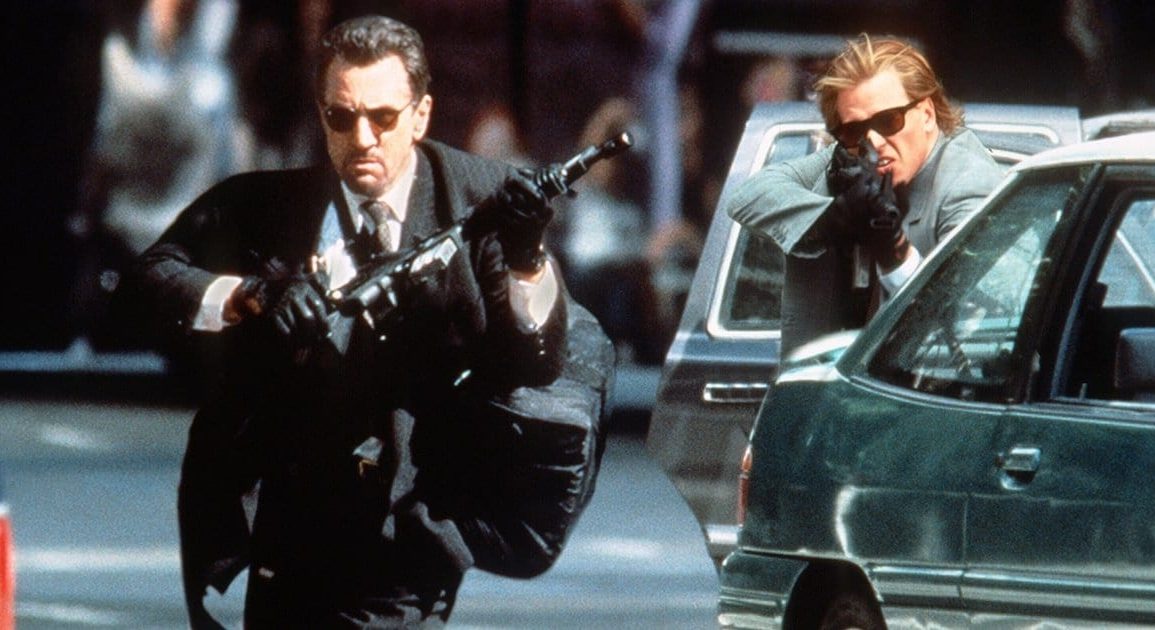 Time to rank one of the original ‘70s badasses and his ten arguably most brutal films worthy of this site. We rank all sorts of tough guys here and De Niro has played all sorts of criminals, coppers and soldiers so it was inevitable that he’d be in some rather intense films.

Not to be confused with the 2001 David Mamet film, this ensemble heist and bus disaster mash-up manages to excite from beginning to end. But De Niro is a scene steal each time because he actually appears to be giving it all instead of feeling like another phony/over-the-top role. He gets to be ruthless as the terminally ill, casino-owning gangster while also showing how he takes this heist far too personal considering it’s his ex-guards who’re pulling it off.

I never really considered this his finest hour but more of film lovers enjoying how he was in one of the best films of all time and playing the younger version of Marlon Brando’s don . But alas, if you see the original ’70s TV mash-up, it combines both the first two films and adds extra scenes. And some of these extra scenes showcase extra ass-kicking and laid-back moments with De Niro doing far more so now one can def see why he knocked this role out of the park!

De Niro sorta slept walk through other films like Freelancers and Joker but I found a film where he was effective in despite still having an occasionally lazy-eyed appearance. He’s had good supporting roles in flicks like Hands of Stone but I decided to stick with a film where he’s more involved with the main character’s story progression. So when you got an old-school dude like him talking to a modern-day star like Statham, need I give any other reason for this being incorporated here?

De Niro had tons of skippable films that while Action-oriented weren’t even 50%; these titles included Killing Season, Bloody Mama, The Family, Machete, Righteous Kill, The Score and Backdraft. After rewatching this tragic film, I feel like it holds up for the most part. De Niro effortlessly was able to, back earlier in his career, descend into a quiet factory worker-turned-soldier and it shows in his body language before we even get to his killing spree efficiency. If there’s any performance you can learn the most from any De Niro role, it’s this one and it’s a goodie!

Sure, De Niro’s been in outrageous comedies like Showtime and Grudge Match but they’re far from high-art, let alone a Top 10 list entry. This ’80s classic by Beerly Hills Cop helmer Martin Brest allows De Niro to mock his tough guy image while stealing every other scene in this road movie/buddy movie mash-up. One wishes they made more easy-going and rather rewarding subgenre films like this nowadays, and by that I mean ones where they make use of the cast and formula instead of just throwing in lame Lethal Weapon moments in heavy-handed fashion.

De Niro unites once more with De Palma and it’s a winner. In comic book form, we see larger than life real crimefighters tackle De Niro’s Al Capone. From the beginning bat scene bashing to the end courtroom segment, Bobby is having a real blast rubbing his dirt in all the heroes’ faces. Start up the surround sound and keep introducing your fam to this classic.

Jesuit missionary war-adventure captivates thanks to the scenery and music telling the story with De Niro and Jeremy Irons complementing the personas to the conflict. Rousing battles and tragic drama unfolds in an eye-catching manner while sticking with one much like Roland Joffe’s The Killing Fields from two years prior.

In this inspiring guns-for-hire adventure, De Niro commands and is able to play off Jean Reno’s hardened badass. Bobby, while a career criminal, manages to uphold his own standards and ethics while trying to make sense of this twisted heist. During the many double-crosses, he still reigns supreme while doing a greatest hits in terms of the car chases and shoot-outs.

Despite Casino, Goodfellas, Mean Streets, The Irishman and Cape Fear (all with Scorsese) having some occasional action-packed moments, they’re really not about the actual thrill of the kill, let alone about a tough guy unleashing his badass self in trouble-ridden society. Raging Bull was also a drama overall despite some brief gruesome boxing arena matches too. But one exception that made it worthy for the list: Taxi Driver! The ultimate villain on a vigilante escapade is a quotable role for Bobby for a reason and the twist ending pays off as a whole.

The gritty master thief of Neil was one of the masterful expert roles that showed that De Niro didn’t rely on just Scorsese or De Palma to put on a show! This Michael Mann created role allows De Niro to play the role both as a villain and as a hero, based on the viewers’ choice. The heist might not pay off in the end but the film does in terms of entertainment and I can’t see anyone else in this role. De Niro is an expert of the big-screen for a reason and this is one pure example.

Need another awesome star’s material looked at? We got you covered so send us an email.