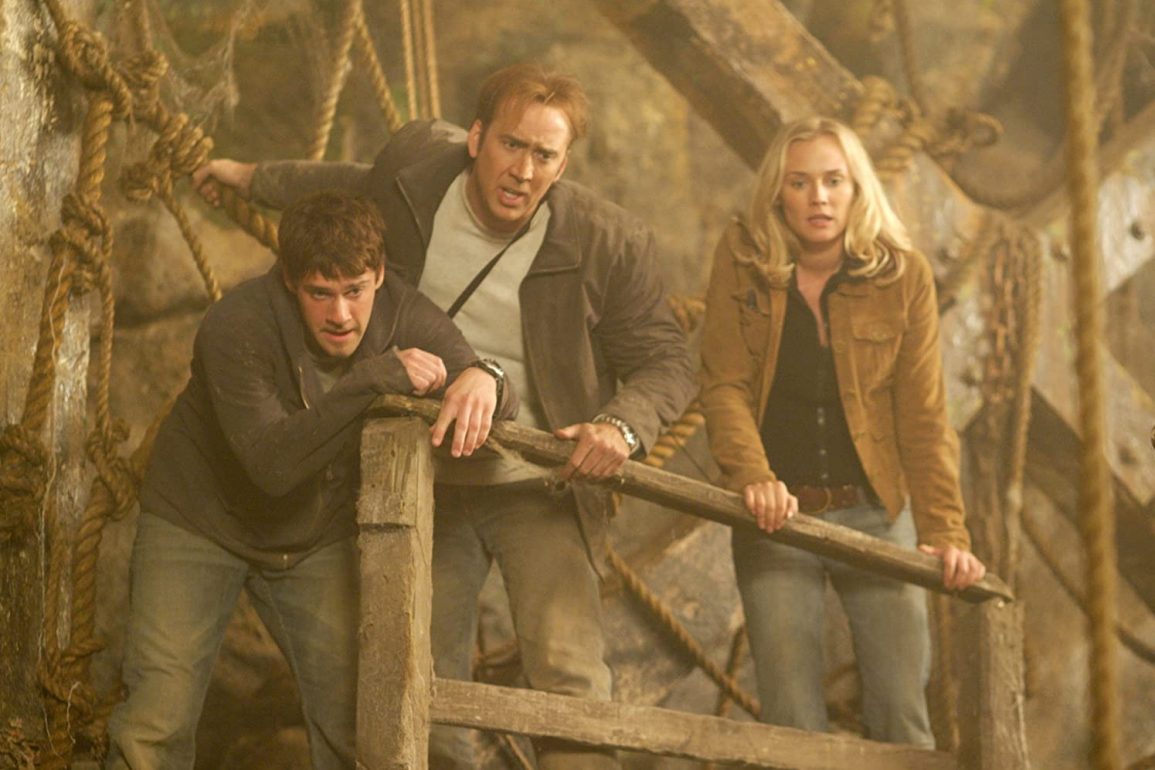 When you think of stories of grand adventure involving plunder of legendary treasures, your mind probably delves to faraway places, like the sands of Egypt or the jungles of India.  You wouldn’t naturally assume that such a story could take place across the continent of North America.  But lo and behold, the team of Jerry Bruckheimer and Jon Turteltaub brought you precisely that in a family-friendly duo of movies, both tracking the exploits of Nicolas Cage’s Ben Gates across the United States (and England…and France…).  So buckle up, grab your history book, and enjoy the ride, as we delve into which of the two National Treasure movies was better. 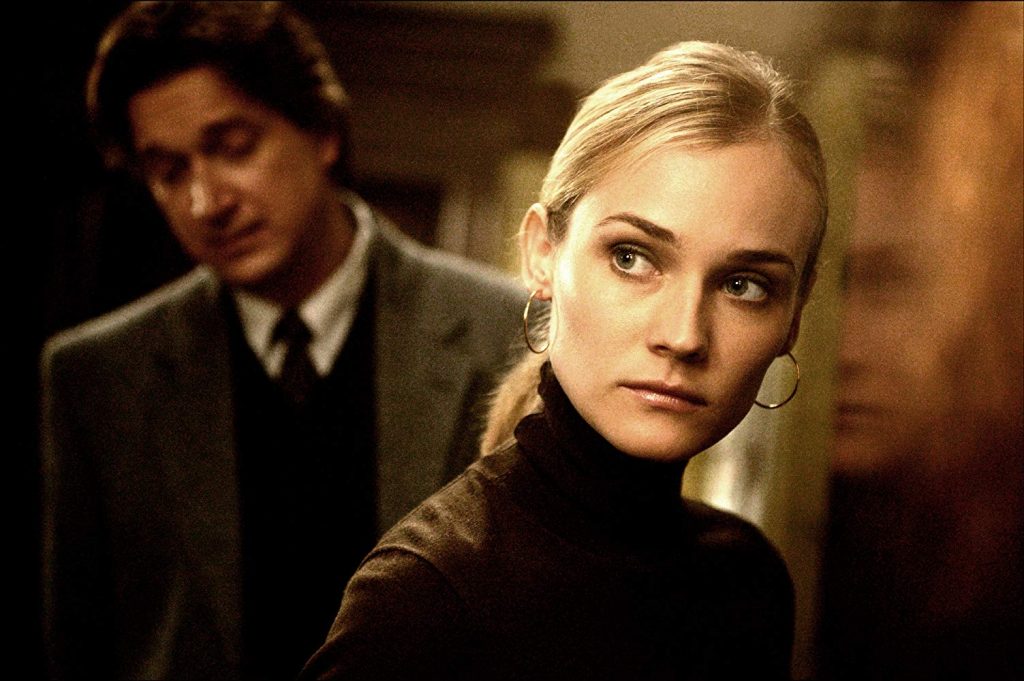 The Story: I don’t think that the story for National Treasure would ever have been considered for the Academy Awards. That being said, the concept is undoubtedly clever, making the point that the rich history of America is as worth exploring as any adventure into a foreign land. The pacing keeps you interested as well, as Gates and company run from clue to clue from the Arctic to Washington to Philadelphia to New York. Each step of the journey, we encounter new puzzles to solve, new things to learn, and new dangers to avoid. The story doesn’t exactly re-invent the adventure genre, but it follows in its footsteps without a misstep.

The Characters: All you really need to know about the characters are that most of them are likeable. That includes Cage, who plays an eccentric character for sure, but one who is a little more grounded than usual. I love his wit in the movie – the scene at the beginning where Riley freaks out after seeing a dead body aboard The Charlotte and Cage looks down at him and deadpans “you handled that well.” I generally don’t laugh out loud when watching movies by myself, but that was a time where I found myself chuckling loudly. Even the villain, Sean Bean, isn’t such a bad guy, just an exceedingly greedy one.  The only character who is borderline annoying is the aforementioned Riley, whose under-the-breath mutterings get tiresome after a while.

The Action: Despite its PG trappings, National Treasure has a decent amount of action within it. You always know you’re in a good movie when something inevitably blows up, and there’s a spectacular explosion at the beginning of the film.  From there, it’s mostly evasion and subterfuge, particularly the theft of the Declaration of Independence, which leads to an impressive car chase. My favourite part, though, is in the hidden area in the church, which could have been straight out of an Indiana Jones flick, replete with wonky stairs and elevators that may or may not drop you to your death. 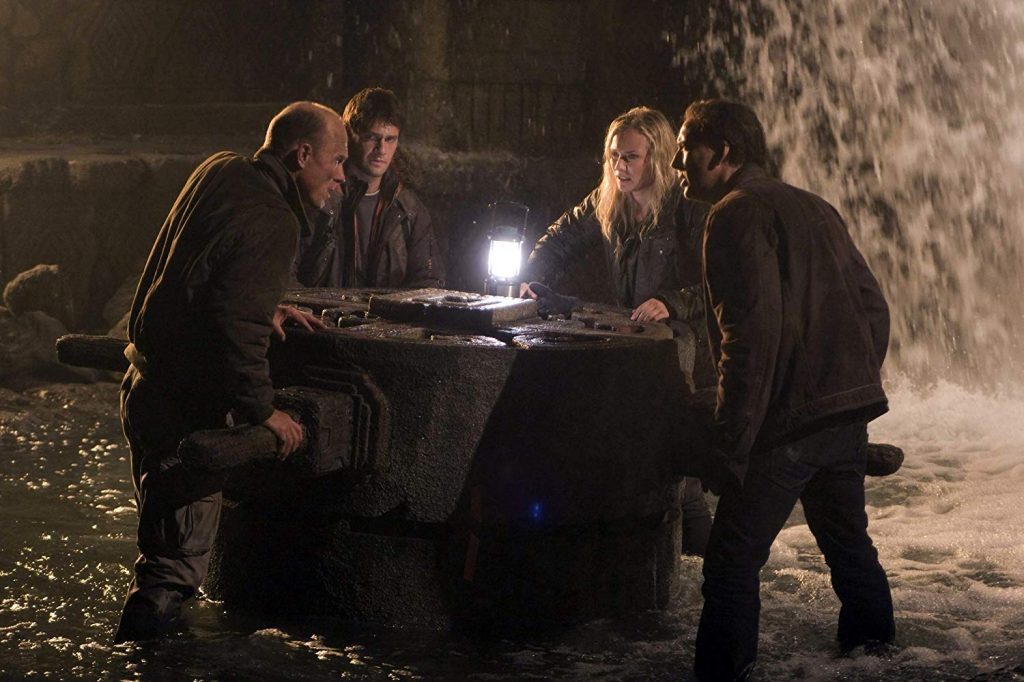 Plot: Ben Gates and his pals return, this time to find the Lost City of Gold and prove that Gates’ ancestor was not a member of the Knights of the Golden Circle.

The Story: Whereas the first movie was concentrating on the United States for its adventuring landscape, the second film’s scope opens up, and the crew go international, leading to some fun in England and France. While this is the most natural way for the movie to go, I have to say that the story is not as good in the second film.  This is mostly due to two things: 1) I don’t really understand the connection between clearing Gates’ Great-Great-Grandfather’s name and the search for the Lost City of Gold, and 2) the part where Gates kidnaps Bruce Greenwood’s President and Greenwood’s character is okay with that rings fake to me. For the former, I don’t think there is a clear link, the writers are just like “let’s come up with a reason for them to find the Lost City of Gold…okay, whatever.”  It definitely feels like a “the audience will just buy it” reasoning, which I personally don’t like.  For the latter, it just makes no sense, like, I get it – if the President freaks out, then the plot can’t continue because he won’t tell Nic Cage where the Book of Secrets is.  However, it just feels like the writers wrote themselves into a corner and just made up something implausible to get themselves out.

The Characters: Everyone in the main cast but Sean Bean returns from the original movie, with the additions of Ed Harris and Helen Mirren.  Both are fine in their roles, with Harris particularly standing out as the pseudo-bad guy, though his attitude towards the good guys seems inconsistent. At one point, he seems to have no problem shooting at the good guys to get what he wants and even threatens them near the end, but then he heroically saves them all…huh? My attitude towards the other characters is pretty much the same from the first film, though I was irritated that Cage and Kruger’s characters were split up at the beginning of the film. As you knew they would end up together by the end, what was the point?

The Action: There is still plenty of action in this one, including a daring infiltration of Buckingham Palace. I would say that this one has more sneaking around than the first one, which did have a decent amount of chase-and-escape, but seemed to be balanced a bit more with traditional action scenes (did I mention the boat blowing up at the beginning of the first film?). The best part was definitely in Mt. Rushmore, dealing with the balancing platform and the water room, though we have to wait through the entire movie to get to those set pieces, as opposed to having them throughout the first film. Sadly, one of the best action scenes, which involved a stand-off between Nic Cage and Harvey Keitel on the glass roof of the Library of Congress, was edited out – that would have been a really cool scene to have in the movie.

In my mind, this one isn’t really much of a contest – the first film is superior in most ways to the sequel.  The story is tighter, the action is better, and I find there is more intrigue in the first film.  That’s not to say that the 2nd film isn’t an entertaining ride – it certainly is, and like I said, the scenes in Mt. Rushmore are great.  It just takes longer to get to the really memorable scenes in the sequel, whereas the first film had more balance and more exciting events happening throughout.