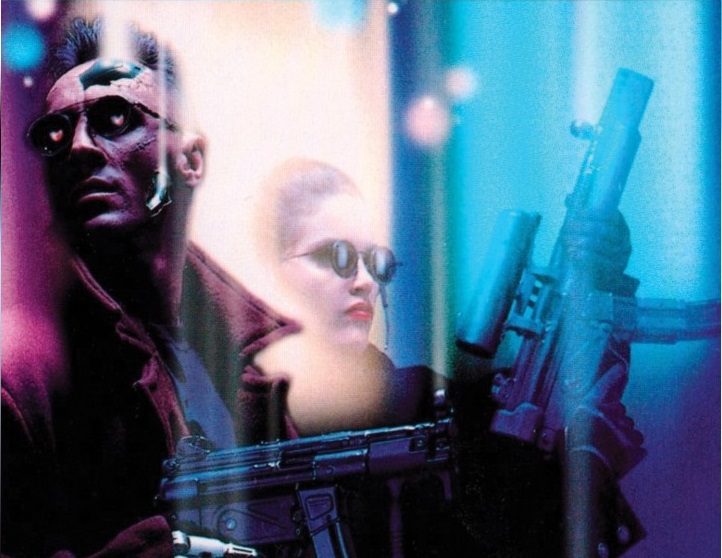 Nemesis may well be Albert Pyun’s best film and this new Blu-ray is a must have for fans with some excellent special features and amazing picture/sound quality.

Plot: Alex, a burned out LA cyborg cop, is forced by commissioner Farnsworth to find his former cyborg partner and lover Jared who’s about to deliver sensitive data to cyborg terrorists who wish to wage war against humans. Is he being played?

Review: In a dilapidated Los Angeles, circa 2027, biomechanical enhancements are common, and a tough LA cop named Alex (Olivier Gruner in a real showcase role) is hunting down cyborg terrorists who plan on eradicating humanity to make way for the new world cyborg order. After getting obliterated by some foes in a massive shootout (like in RoboCop), Alex is put back together again with a mostly cyborg body, but still retaining his human heart and mind, and he takes a year off, planning to get even with the cyborgs who almost killed him. He tracks them down, kills them, and then is thrown in a cell by his old superior Farnsworth (played by Tim Thomerson), who implants a bomb in his heart and forces him to do one last job. But Farnsworth turns out to be the leader of the cyborg army (no surprise), and is simply using Alex as a means to an end.

A fiery, explosive cyberpunk apocalyptic action movie if there ever was one, Albert Pyun’s magnum opus Nemesis pretty much sums up Pyun’s life’s work in one picture. Smoky, sexy, stylish, confusing, and incredible looking thrashed locations filled with moving bodies shooting guns at each other and dodging explosives make this movie a seminal work in Pyun’s filmography, and it remains Gruner’s best movie to date. It looks like it cost tens of millions but probably cost vastly less. The hardware in this movie looks incredible, with cool cyborg prosthetics (and even a finale that resembles The Terminator) and heavy looking explosions, stunts, and destruction. Though four sequels followed (Pyun did 2-4), this one stands apart.

MVD Rewind’s new Blu-ray / DVD combo pack of Nemesis is an amazing thing: It presents the film in two aspect ratios – 2:35:1, like Pyun shot it in, and 1:78:1, which is the incorrect ratio used in the widescreen laserdisc. The high definition transfer is stunning and crisp with filmic warmth, and the sound is bombastic and loud in 5.1 surround. Pyun’s director’s cut “Nemesis 2.0” is also included as a bonus with a commentary, and there are new interviews with Pyun and producer Eric Karson, plus trailers and a fold-out poster. 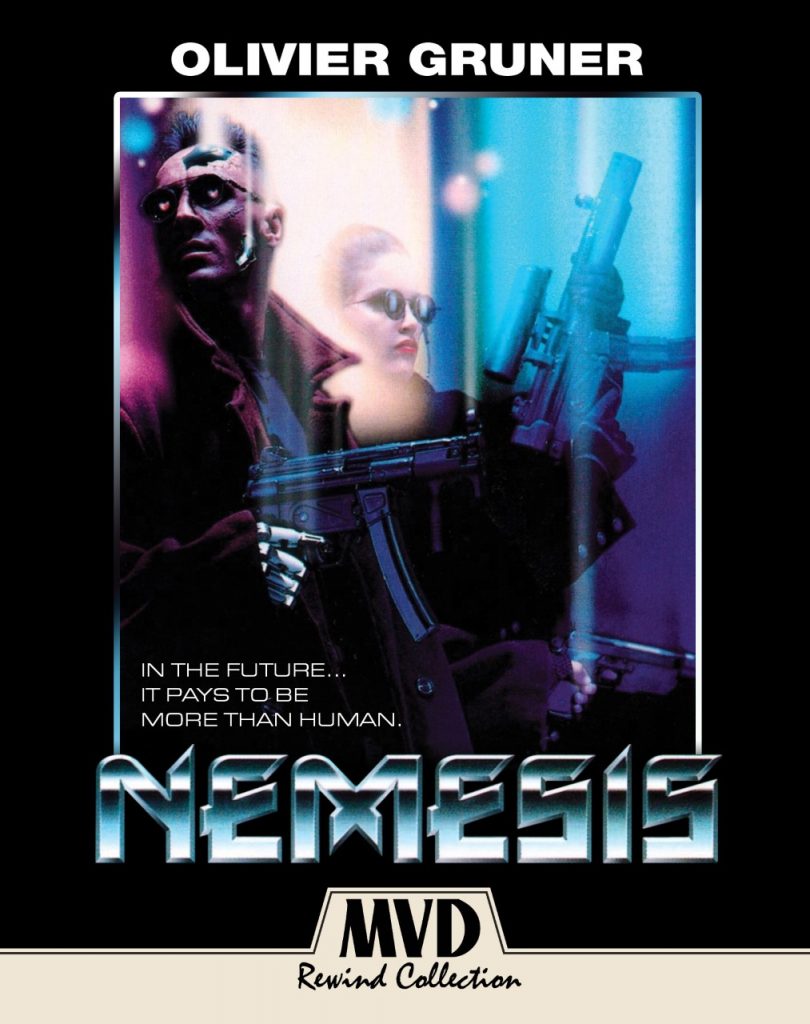