Never Back Down: Revolt is adequate, but never exceptional, and most of the fights are unremarkable and lousily choreographed so you can give this a miss.

Plot: A young woman is forced into an underground fight ring and will inevitably be sold into a human trafficking operation afterwards, and so she must revolt and fight her captors!

Review: Immigrants Aslan (Tommy Bastow) and Anya (Olivia Popica) barely eke out a living, and Aslan gets his face and body pummeled on the daily in cheapjack cage fights that pay a pittance. He’s got a debt to a crime lord, and when he refuses to take a dive in a fight, his marker is called, which is potentially disastrous. His debtors offer his sister Anya an unusual proposition: If she becomes a fighter and agrees to travel to a remote location for a series of high stakes underground fights, she can pay off her brother’s marker. Anya agrees, but Aslan hates the idea. Since they don’t have a choice, Anya is taken away and when she arrives hours later at a massive estate and mansion, she’s thrown into what is essentially a cell along with a bunch of other girls. It becomes clear that Anya has been duped into a human trafficking operation, but first the syndicate will use her as a fighter (because she’s attractive and can throw some kicks around) for some extra entertainment. She and the other girls (some of whom have become hardened fighters with no hope for escape) are forced into brutal fights for bloodthirsty audiences, and when one of the girls is killed in a fight, Anya vows to lead a revolt against her vicious captors – namely a bruiser (played by MMA fighter Michael Bisping) – who enjoys beating the girls. But it will take a well-timed attempt to get the better of the thugs who guard them all, but when they bust out, they’ll make it a night to remember!

The third in-name-only sequel to the 2008 PG-13 flick that barely made a blip at the box office, Never Back Down: Revolt starts a new storyline after the two-in-a-row franchise with Michael Jai White. It’s a shame they didn’t stick with MJW for this round, as this one figures a tired and worn out story the likes of which had gotten weary in the days of the Tapout movies like Locked Out and Unrivaled. Another deficit to this film is that nobody except Bisping appears to be a skilled fighter, and the only time we ever see him fighting is to lay one-sided beat downs of women … until they all gang up on him at once, of course. Revolt is adequate, but never exceptional, and most of the fights are unremarkable and lousily choreographed. From director Kellie Madison.

Never Back Down is now available on Blu-ray and DVD. There are no special features on the disc, although the Blu-ray comes with a digital code. 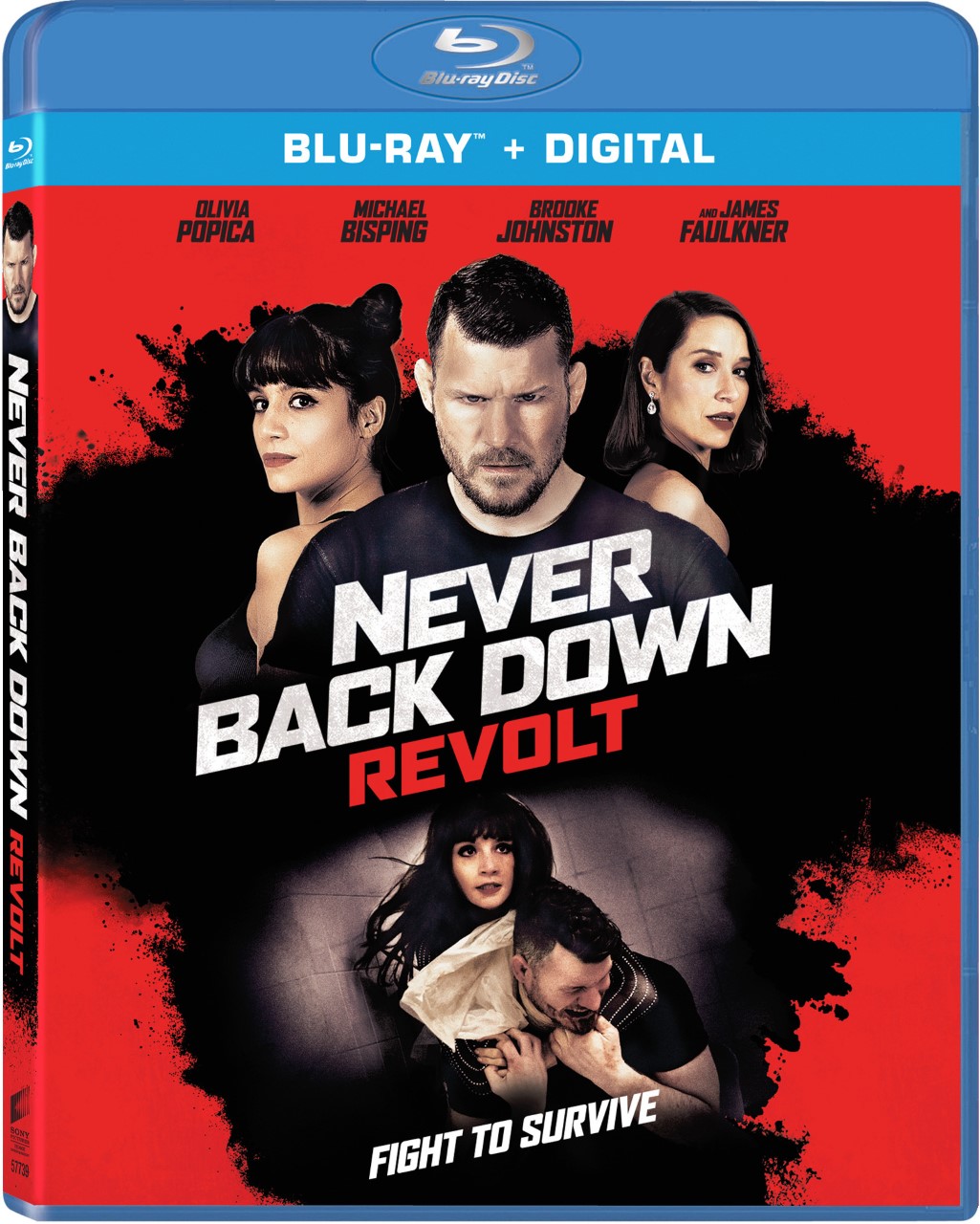