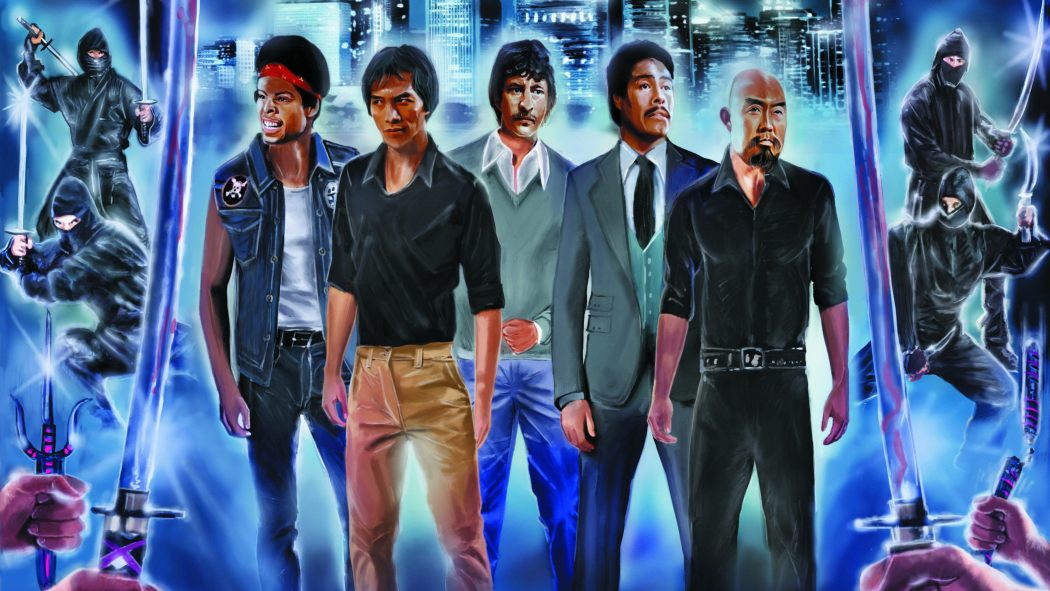 Ninja Busters should be a priority purchase for anyone with sensibilities that lie in the same realm.

Plot: In this lost exploitation comedy gem, 2 pals tired of being losers and constantly rejected by women, decide to change their lives with learning martial arts. Through hard work they become kung fu masters, role models, find love, and become heroes after defeating an unruly gang of Ninja’s for hire. Constant hilarity ensues.

Review: A couple of good-hearted losers (played by Eric Lee and Sid Campbell) keep getting themselves in trouble by running into bullies and telling lies that they were friends of Bruce Lee’s. Finally, they get the idea that to get girls, maybe they should take some martial arts classes, and so they join a club and take lessons from the born-200-years-too-late samurai master sensei (played by Gerald Okamura), who teaches them that to get girls, first you must have discipline and fortitude. The two bumbling idiots manage to learn and excel in the martial arts (various styles including Tae Kwon Do and Hapkido), and when the whole martial arts school runs afoul of a group of ninjas working for a local crime syndicate, the two likable morons manage to make their school proud by helping to fend the villains off with honorable and impressive fighting skills. It also doesn’t hurt that the two buddies have made allies of the bully biker gang who used to beat them up.

A lost “B” movie gem from director Paul Kyriazi (who also made Weapons of Death, Death Machines, and later Omega Cop), Ninja Busters is strictly PG-rated fun stuff for fans of late grindhouse-era shenanigans, but it’s a good little vehicle for Eric Lee (also in Weapons of Death and The Master Demon) and the no-nonsense Gerald Okamura (also in those two movies). It’s perfectly suitable for fans of the genre.

Garagehouse Pictures has just released Ninja Busters onto home video for the very first time on blu ray, and it’s chock full of special features, including a running audio commentary by Kyriazi, Kyriazi’s first feature The Tournament, as well as a video introduction and informative liner notes. Right along the lines of Drafthouse’s release of Miami Connection, Ninja Busters should be a priority purchase for anyone with sensibilities that lie in the same realm.