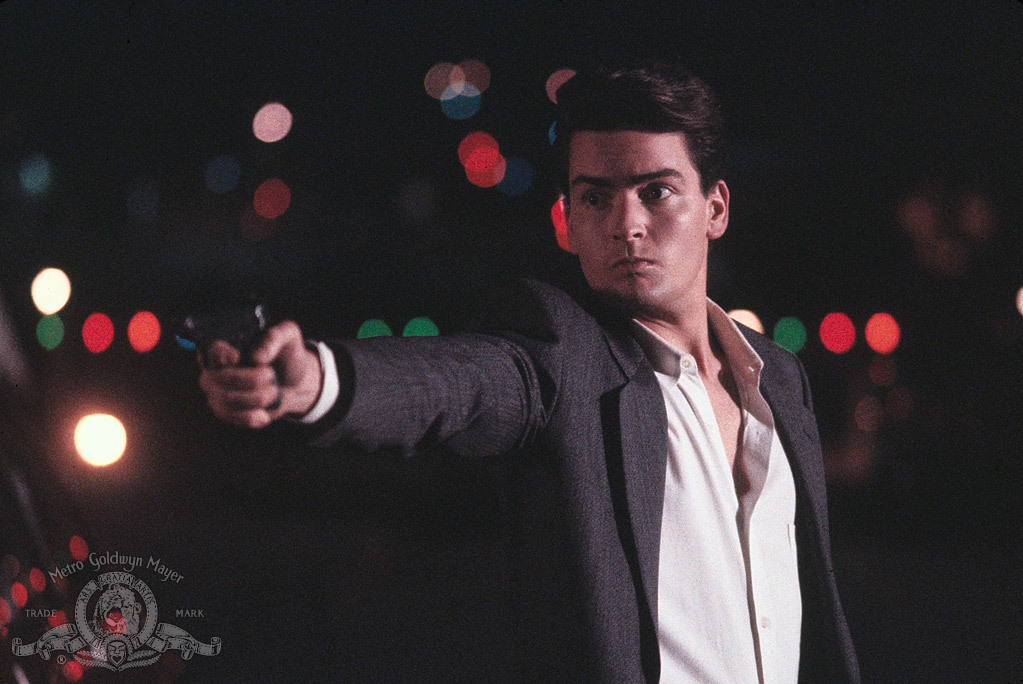 No Man’s Land is pretty entertaining for a while, with the usual cliché plot devices for this type of movie, but it works, until it all falls apart at the very end.

Review: A rookie cop good with fixing foreign cars is drafted to a deep cover assignment. The cop is fresh-faced Benjy Taylor (D.B. Sweeny), and his boss (growling Randy Quaid) wants him to work at a Porsche shop where another undercover cop was working and was subsequently murdered. Benjy takes to the gig with gusto, and it certainly helps that he’s in love with Porsches. He soon comes to realize through the periphery of his day-to-day job that the shop is somehow affiliated with a stolen car ring: Only Porsches are targeted by Benjy’s boss (Bill Duke) and a slick character who floats around the shop, a guy named Varrick (Charlie Sheen). Varrick takes a shine to Benjy and introduces him to the hot nightlife and his sexy sister (Lana Harris), and in no time at all, Benjy is being drafted to steal cars in broad daylight. As Varrick comes to trust and depend on Benjy, the undercover cop’s loyalties are strained because he learns to enjoy walking on the wrong side of the law. When Benji falls in love with Varrick’s sister, he begins to lose sight of his job, but after Varrick kills his boss on the force, Benjy finally has the motivation to go after his new best friend.

Virtually a glossy commercial for Porsche, the incorrectly titled No Man’s Land is pretty entertaining for a while, with the usual cliché plot devices for this type of movie, but it works, until it all falls apart at the very end. Sheen is featured in the artwork of the film, though Sweeny is the star, and the movie avoids being dated by ’80s styles and standards for the most part. Basil Poledouris provides a good, synth score, and director Peter Werner (a TV veteran) did a competent job handling the drama and the action.

The new Kino Lorber Blu-ray release looks marginally improved from the previous DVD release from MGM. Some of the darker scenes shot at night look especially grainy and snowy, but the scenes set during the day have a nice texture to them. Special features include a new interview with star Sweeny, director Werner, and a new audio commentary.