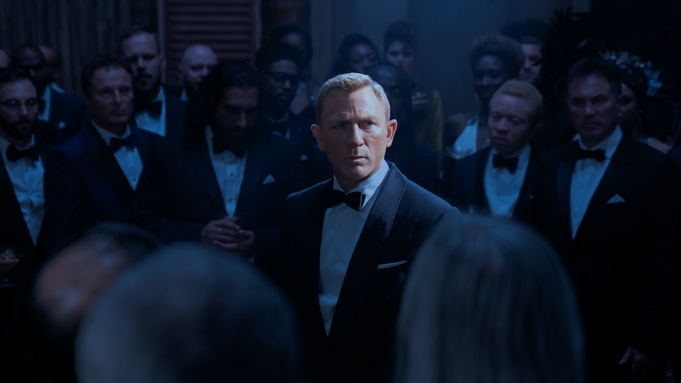 No Time to Die is not a great or even a very good Bond film. It ruins the lineage of 007 lore, destroys hope in humanity, and is a betrayal of the character. But even with all its awful detriments, it has some excellent moments and does feel like a Bond film … until it doesn’t.

Plot: Retired from duty James Bond is thrust into one final mission when a virus threatens to kill off humanity.

Review: James Bond (Daniel Craig, one last time as 007) and his girlfriend Madeleine (Lea Seydoux) only have a short while together as happy lovers when Bond is attacked in Greece by the remnants of Spectre. Blaming Madeleine for betraying him (he doesn’t even give her a chance to explain), he turns his back on her for good, throwing away whatever happy future he might’ve had with her in a gesture that feels petty and cruel, even for a quick-to-rage-and-fury Bond. Five years pass and Bond is retired in Jamaica or somewhere, living a quiet and secluded lifestyle. From out of the blue, his old pal in the CIA Felix Leiter (Jeffrey Wright) comes to ask him for a favor, which Bond is not too happy about, but he does it anyway. The job has him going to a Spectre function where his partner-for-the-night is a charming new agent (played by Ana de Armas), and the night ends in the death of every Spectre agent after a virus is released into the air, contaminating Bond as well, but not killing him. Turns out there’s a mark on Spectre, and the killer is a chemist of some sort named Lyutsifer Safin (Rami Malek) who has dibs on Madeleine after saving her life when she was a little girl. When Bond is forced to reconnect with Madeleine, Bond must also have a final confrontation with his nemesis Blofeld (Christoph Waltz), which doesn’t go the way anyone was planning. After Madeleine and her daughter (could it be Bond’s? Of course!) are taken by Safin to his secret base somewhere in the South Pacific, Bond and the new 007 – a cocksure agent named Nomi (Lashana Lynch) – team up to bring Safin’s psychotic plan to poison the world to a close and rescue Madeleine in the process.

Having been a devoted and everlasting fan of all things Bond since I was a child, I’ve seen almost all of the Bond movies in a theater, either in repertory screenings or in first-run showings since the early 1980s, starting with For Your Eyes Only onwards. That’s just the tip of the iceberg. I’ve read all the novels, from Ian Fleming, to Kingsley Amis, to John Gardner, and on into the newer authors such as Raymond Benson, Jeffrey Deaver, and Anthony Horowitz, and have even read the young Bond books as well (they’re great – check them out). I’ve also read all the comic books, watched the James Bond Jr. cartoon, have played the videogames, have all the 007 history books, and even attended the only 007 Convention to be held in the United States in 1994. I was a part of the 007 fan club, and I’ve met three of the six actors to play Bond (that would be George Lazenby, Timothy Dalton, and Pierce Brosnan), plus have met or interviewed many of the directors and / or screenwriters of the franchise.

I love James Bond, and have given the series a lot of love and attention for my entire life. He’s like part of the family. That said, I’ve never been more disturbed by what has happened to the character since Daniel Craig started playing him. It’s not Craig that I dislike – not at all. He’s perfect for Bond. I love Casino Royale very much, and I consider that film one of the top three or four Bond movies ever. But that was the last Bond movie that could be watched out of order from all the rest that had come before it. When Quantum of Solace was made, the series suddenly had incontrovertible continuity. That film could not be watched before Casino Royale, and Bond suddenly had a robotic attitude. Skyfall, the most popular Bond movie in history, is still the worst Bond movie ever made, and I hated that movie with a passion. That’s when Bond became a different character altogether and the movie tried to turn James Bond into Bruce Wayne, a choice from the filmmakers that I can never forgive. Spectre was a step up and felt much more like a James Bond adventure, although it still carried over the vibes from Christopher Nolan’s The Dark Knight. There’s no reason for that. There never was.

But with No Time to Die, the movie does some wicked and unforgivable things to the franchise – and to the beloved character of James Bond – that it’s a deep, dark betrayal to any devoted fan that’s followed the franchise for decades. As far as story and execution goes, No Time to Die is adequate and more or less an average Bond film … until the blasphemous ending that has Bond (SPOILER) literally committing suicide minutes before the end credits roll. This is not a self-sacrificing moment in the way that Tony Stark takes one for the team to save the world. This is a choice that Bond makes because he doesn’t want to live anymore. He calls it quits. It’s an awful, disgusting and unwarranted moment that kills hope for the viewer, and to say that I despised what the film did – what this JAMES BOND FILM did – is a great understatement. When I saw it for the first time on opening night (on a massive IMAX screen), I was dumbstruck and felt like I’d been punched in my spirit. I went to see it a few weeks later (also in IMAX), but walked out before the betrayal and felt like I’d had a much better experience.

So: No Time to Die is not a great or even a very good Bond film. It ruins the lineage of 007 lore, destroys hope in humanity, and is a betrayal of the character. But even with all its awful detriments, it has some excellent moments and does feel like a Bond film … until it doesn’t. If you’re a true James Bond fan and don’t want to hate the franchise forever, let Spectre be the final Daniel Craig Bond film you ever watch.

No Time to Die will be on 4K Ultra HD, a Blu-ray / DVD / Digital combo pack on December 21st. The Blu-ray edition has a bonus feature disc that includes the following features:

– Anatomy of a Scene: Matera

– Keeping it Real: The Action of No Time to Die 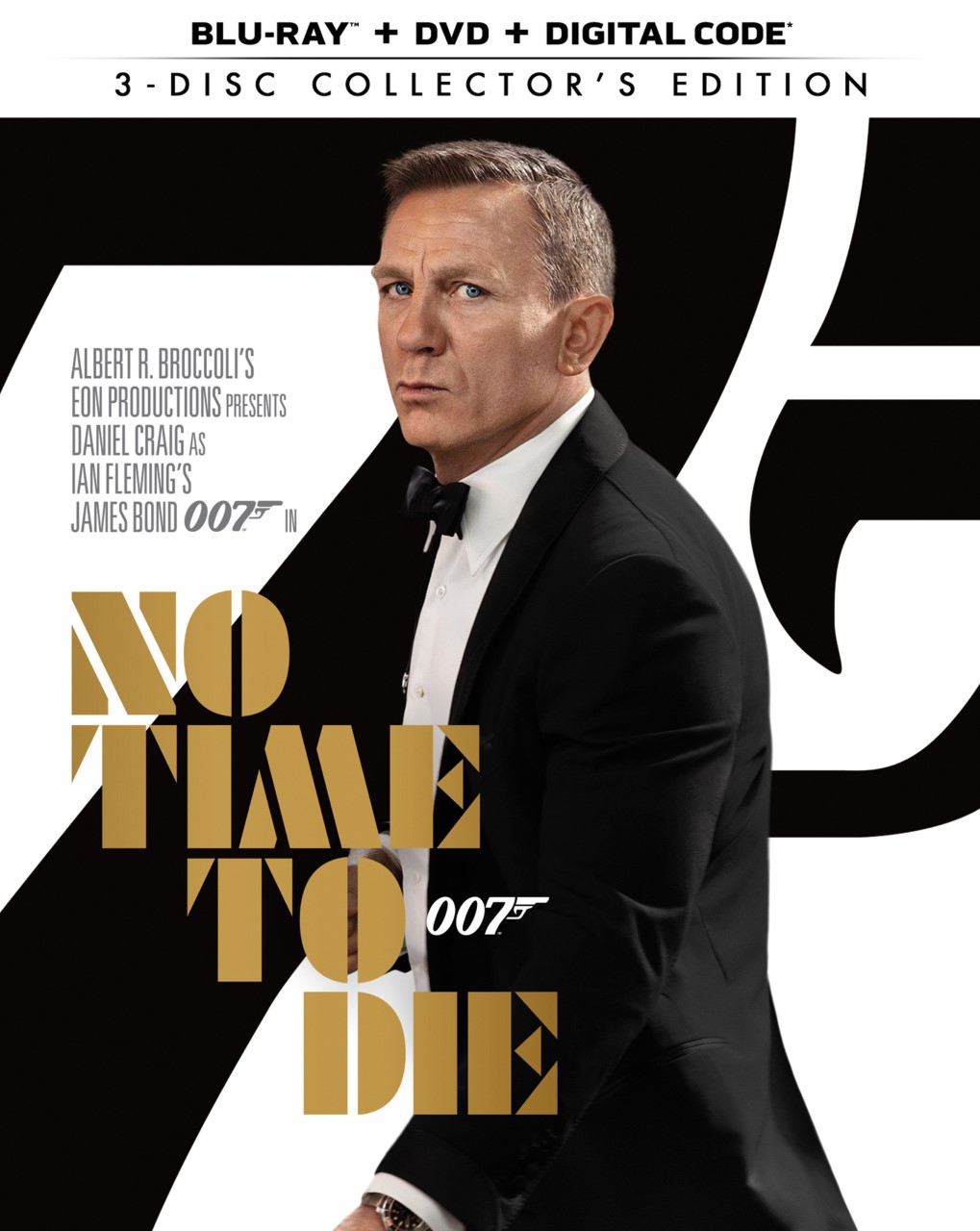