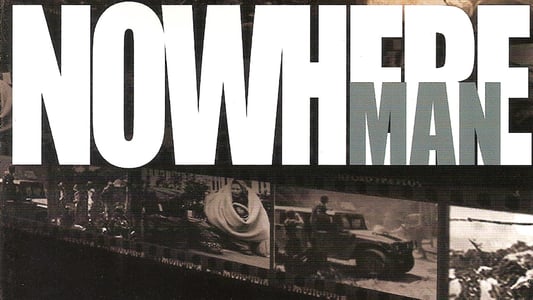 Plot: Bruce Greenwood stars as Thomas Veil who, in the course of one evening, seemingly has his whole existence erased, in the compelling one-hour drama/thriller series ‘Nowhere Man’. It appears as if some mysterious and powerful entity has coerced Veil’s family and friends into cooperating in a clandestine plan to annul every trace of him. Veil is all alone with no option but to begin a desperate, dangerous quest to find out how and why this has happened and most importantly, who is behind this torturous scheme.

Review: Nowhere Man is an American television series that aired from 1995 to 1996. Created by the late Lawrence Hertzog, the series aired Monday nights on UPN (which later morphed into The CW).

It is the story of photojournalist Thomas Veil, who discovers that his life has been abruptly “erased”: his friends claim not to know him, his wife claims not to recognize him and is living with another man. His ATM cards and credit cards no longer work. His best friend turns up dead. His mother, recovering from a stroke, is incapable of confirming his existence. In the course of a single evening, every trace of Tom’s identity is gone.

Tom believes this is a conspiracy related to a photograph he took a year earlier, depicting four men being hanged in South America by what appear to be US soldiers. The only evidence Tom has of his past are the negatives of that photograph and a mysterious organization covertly pursues him in search of them . The series revolves around Veil’s attempts to get his life back by trying to find out more about the organization, while also trying to keep the negatives safe.

Nowhere Man is a nice blend of The Fugitive meets The Prisoner, with just a hint of the occasional X-Files thrown in for good measure. In a post 9/11 world, the type of omnipotent government that is chasing after Tom Veil does not seem as far fetched as it once did. The series ran for twenty five episodes, each continuing from the previous but in such a way so that if you missed one you were not left totally in the dark. Of course some episodes were stronger than others and now some of the 90’s tech such as ‘virtual reality’ and computer effects are dated, but that is easily overlooked due to the strong writing and performances from all involved.

Bruce Greenwood has always been value for money and being the lead in Nowhere Man meant he had to carry the series singlehandedly, as even the most recurring characters were limited to four episodes. Even having been in countless Hollywood feature films, this really is the role of his career. He is a believable every man who, as the series runs, becomes more and more cynical of the world around him and streetwise beyond his years. We see him develop from a man shattered and scared to someone who is not afraid to track down the truth no matter what the consequences.

Despite critical acclaim, including TV Guide’s label of “The season’s coolest hit,” the show was unfortunately cancelled after only one season. As it is with many cult shows such as John Doe, Profit etc., it was considered by many to be ‘too good for TV’. It had premiered to decent numbers, but as the season progressed the numbers softened and Hertzog started arguing with UPN and Touchstone about the direction of the show. The situation deteriorated to the point where Touchstone brought in Joel Surnow (24) to run things. One reason it didn’t return was that Surnow was moving on and by the end of season one, Hertzog was effectively boxed out of his own show.

For those of you who loved the series the first time around or are looking to view it for the first time, it was released as a (now deleted) box set in 2006 by Image Entertainment.

For me, this is one of my all time favorite shows and I cannot recommended it enough.