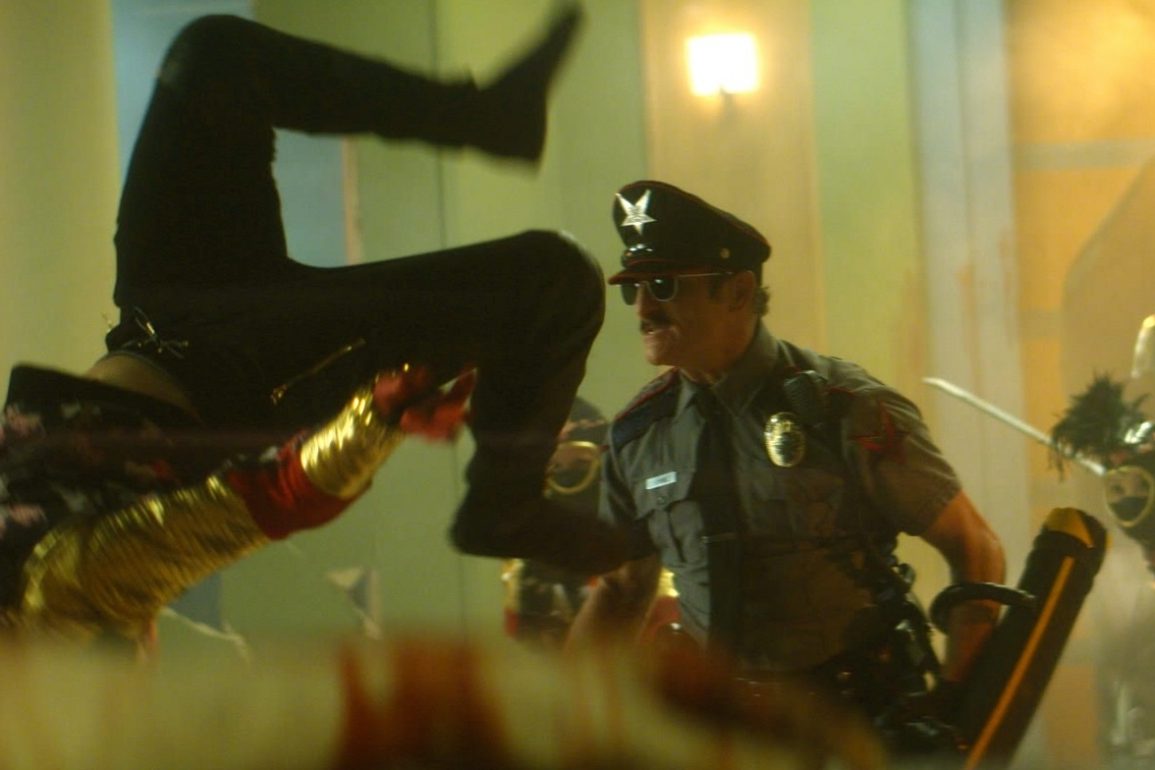 Officer Downe is a fun actioner with Kim Coates as watchable as ever and any movie with ninjas deserves praise.

Plot: Based on the graphic novel, a police officer who can’t be stopped by death returns to the streets time and time again to fight crime.

Review: Officer Downe was one that was recommended to me on Netflix, and I had never heard of it, so I figured I’d give it a chance and see if it might be any good.

Well, I’m glad to say I quite liked this one. It definitely has a Smokin Aces meets Crank vibe to it, which is funny that I mention Crank since Mark Neveldine was a producer on this, but I digress.

Kim Coates steals the show as Officer Downe; he has some fun lines of dialogue especially at the beginning, but I don’t want to diminish the rest of the cast who a do a fine job particularly Tyler Ross as the rookie.

The story is pretty straightforward which is the kind of film I like sometimes, and it doesn’t overstay its welcome.

The action is pretty decent at times, particularly one scene when Officer Downe gets to fight ninjas which is a definite highlight; I also loved the use of Billy Squier’s Everybody Wants You during that scene, though I would’ve liked to have seen less shaky cam during the action as it does get distracting at times.

What surprised me is finding out is that the director is from the band Slipknot, and he did a pretty decent job overall; you even see the lead singer Corey Taylor in the opening scene, so that was fun!

Now, it’s not perfect, as I stated the action does have shaky cam throughout which does get a bit annoying at times; some of the villains are wasted (one of them being played the director himself). The editing is very sporadic at times (kinda like Nevedine and Taylor’s later films), which can be distracting.

Overall, Officer Downe a fun film that has great lead, some pretty decent action (despite some shaky cam), has a straightforward story, moves at a brisk pace, and is well directed. I’d recommend it if you’re curious.