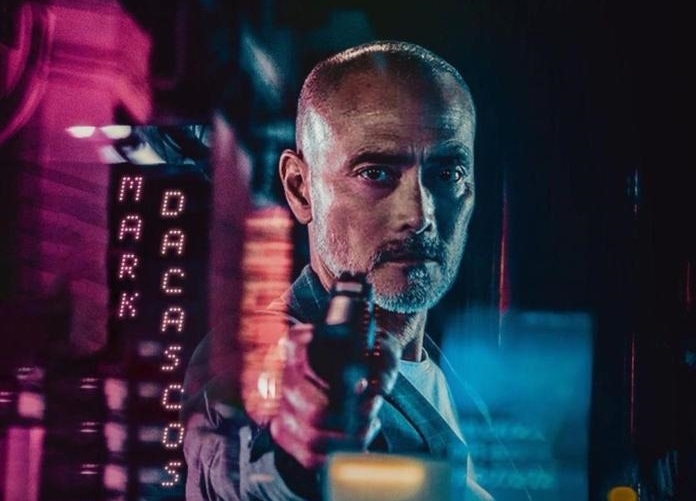 A rather gripping action-crime noir picture that displays a notable role for Mark Dacascos and shows that the world has been unkind to the rather talented director Kaos for far too long.

Plot: Vanida “Fah” Hoffstead (Vanida Golten), a cab driver, and Kai (Mark Dacascos, Drive), a mysterious hitman, both strike up a friendship but do they both actually have something in common?

Review: This is a film which from the ground up truly establishes its various moods all through the rather gripping music score and never loses its grasp. Quieter moments are still made enthralling with their clever dialogue and shocking plot twists (a simple film this is not). Those expecting a non-stop bloodbath or to have their mind blown each second are already on the wrong boat if that’s the case. This film has many surprise reveals but it’s all done with effective build-up and hinting, all without showing its budget or wasting time. Each scene serves a purpose without feeling like it dragged or was too workmanlike and the split-screen edits help to make solid transitions.

I’m not going to spoil this film in any way but I will say that I liked the characterizations of everyone from the detectives to the hitman’s targets to both lead characters- all due to the film making use of their body language and how we think we know most everything about them at first. The plot twists hit their mark (no pun) and it helped that no scenes lingered on that long as this was a big world that needed proper exploring. This film went all out instead of coming off as an unsold TV pilot or a set-up (again, not a pun!) for a sequel as it felt liked it had been reevaluated from top to bottom before filming even started.

There’s plenty of assassinations but Kane Kosugi gets to shine in the finale where he delivers a real hurting to Dacascos! The police manhunt segments are also appropriately thrilling and well delivered without feeling like extra cookie cutter crap like most of today’s films.

I get annoyed when films rely on good actors to cover up otherwise mundane material but in this rare case here, the casting of Dacascos and newbie Golten both really did make so much use of their roles that any other performer might’ve not added as much to it as they did. It might have tropes but it’s hardly formulaic. If you’re a fan of similar crime films like Faster, Man on Fire, Collateral or The Man from Nowhere, then check this non-stop display of intensity out!