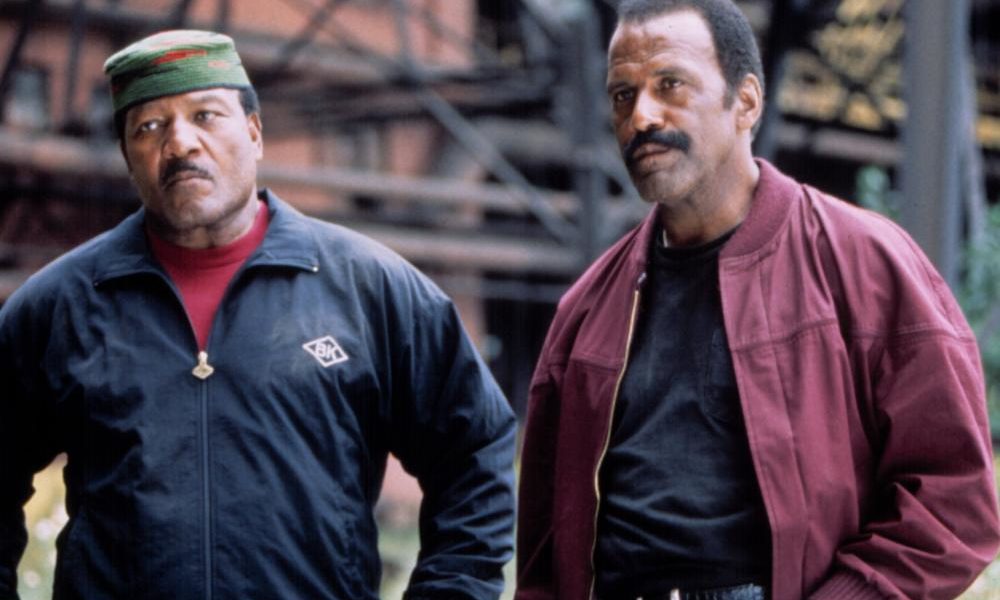 Synopsis: A violent street gang, the Rebels, rule the streets of Gary, Indiana. The Rebels shoot Marvin Bookman, a store-keeper, for giving the police information about a drive-by shooting they committed. Marvin’s son, former NFL star John who created the Rebels, returns to Gary to be with his father and, with a little help from his friends, to destroy the Rebels his way.

Review: Before The Expendables there was Original Gangstas, starring the biggest and best names from the blaxploitation genre of the 1970’s. Fred Williamson (That Man Bolt), Jim Brown (Black Gunn), Pam Grier (Foxy Brown), Richard Roundtree (Shaft), Ron O’Neal (Superfly) are the headliners, and they even threw in some cool white guys from that era like Robert Forster (Vigilante), Charles Napier (Rambo: First Blood Part II), and Wings Hauser (Vice Squad). The story’s pretty straightforward: Jake (played by Brown) returns to Gary, Indiana after his son is gunned down in a driveby shooting. John (played by Williamson) also returns to Gary when he hears the news because his father was targeted by the same gang that killed Jake’s son. John left Gary years ago to pursue a career in the NFL, and both he and Jake belonged to the same gang when they were teens, so basically they were the original gangstas of Gary. They console Laurie (Grier), the grieving mother of Jake’s son, and together they formulate a plan to first try to make peaceful amends with the coldblooded gang that has overrun the streets of Gary, but when that goes bad, they round up other “original” gangstas Slick (Roundtree) and Bubba (O’Neal), who all gladly participate in the Death Wish-styled vengeance they have in mind. Kowtowing politicos of Gary (played by Napier and Hauser) and a street detective (played by Forster) can do nothing to stop the bloodbath the OG’s unleash.

For the most part, this whole movie is a buildup leading to a pretty satisfying conclusion that gives the central stars their moments to shine. Clearly, this movie belongs to Williamson, Brown, and Grier, which is fine, but fans of everyone else who make appearances in the movie will be disappointed. Shot on a relatively low budget under Larry Cohen’s direction (with uncredited work by Williamson), Original Gangstas delivers more or less what you hope it will. It’s not a huge crowd pleaser, but it’s just about what the doctor ordered.