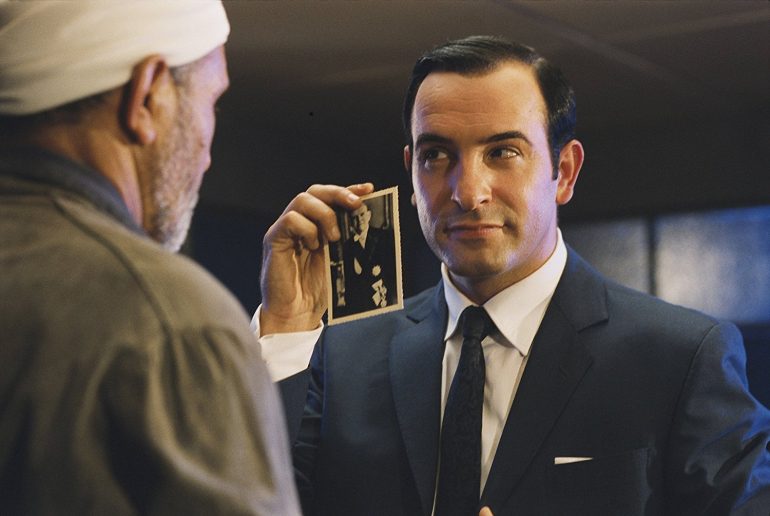 If you’re looking for entirely entertaining escapism, then grab this gem of a set ASAP!

Synopsis: During a scuba diving in Corsica, an American agent disappears. The Secret Service sends Hubert Bonisseur of Bath.

Review: Made and released concurrently with the early 007 movies with Sean Connery and George Lazenby, France’s similar secret agent action film franchise OSS 117 has remained in relative obscurity in the USA until now. Over the course of eight original films and two reboot movies in the mid 2000’s with Jean Dujardin (who turned the franchise into spoofs with two films), Special Agent Hubert Bonisseur was played by several different actors, most notably by Kerwin Matthews in OSS 117 is Unleashed (1963) and Oss 117: Panic in Bangkok (1964), by Fredrick Strafford in Oss 117: Mission for a Killer (1965) and OSS 117: Mission to Tokyo (1966), and by John Gavin in OSS 117: Double Agent (1968). There were other films in the franchise before it petered out with a made for TV movie in the early 1970’s, but these five are the core films and they’ve all been released together in a superb five-film collection by Kino Lorber.

The two Kerwin Matthews films really set the stage for the films to come: Globe-trotting Bonisseur (who’s supposed to be an American agent, but all of the films were made by French filmmakers and were dubbed into French) travels to the Mediterranean and to Bangkok to avert global disasters, all while romancing impossibly beautiful women and getting into car chases and nasty fisticuffs with evil henchmen. Strafford upped the ante with his two entries, and for my money he was the best of the actors to play the hero. He seemed to fully inhabit the suave secret agent and had the best and most convincing physical elements to give the character a true James Bond-type iconic flare. Gavin’s solo one-shot is a solid entry as well (his appearance is explained by plastic surgery, so as to give the films some continuity), and Curt Jurgens from The Spy Who Loved Me plays the lead villain, and Luciana Paluzzi (from Thunderball) plays one of the leading ladies, so fans of the 007 movies should take note.

I had an absolute blast watching these five films. I’d seen the newer Dujardin films, but didn’t realize that these movies weren’t going to be comedies, so I was more than pleasantly surprised to find out that these movies played the genre straight. The foreign locales and music scores (there’s even a theme song in one of them) all highlight the 1960s spy genre, and if you’re looking for entirely entertaining escapism, then grab this gem of a set ASAP!