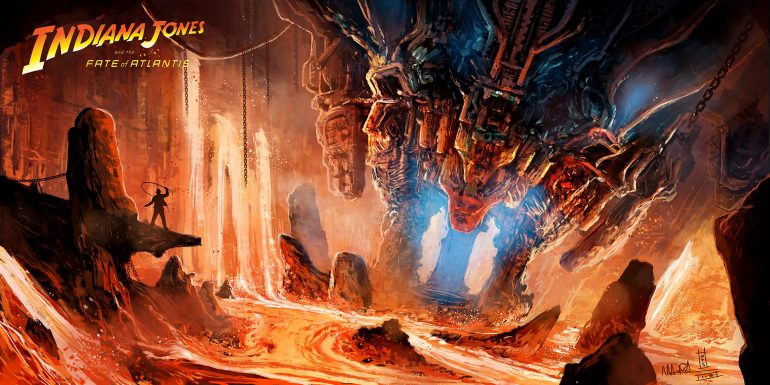 From the moment video games started to enter our homes, there has always been a connection with the film industry. As long ago as the 1970s, we were able to battle Klingons and save the galaxy via a rudimentary text-based Star Trek adventure game on early computers like the Atari or Dragon.

Fast forward 40 years and it seems that any movie worth mentioning has had at least one game developed in its honor. And for some franchises, like Batman, Star Wars or indeed Star Trek, there could be dozens. Here, we filter out some of the most memorable and imaginative games that are based on our favorite action movies.

The casino sector is one of the most rapidly evolving game genres of them all, and those who want a little James Bond-style live casino action can go in at the deep end, playing table games against real dealers just like the man himself. For something a little less literal, though, Casino Royale is a slots game based on 007’s most famous movie outing. Like many modern slots, this one involves more than just spinning the reels and hoping for the best. There is an immersive story arc concerning a missing agent, and bonus activities that will keep you entertained for hours.

Indiana Jones and the Fate of Atlantis

Let’s be honest, Indiana Jones movies tend to play out a little like a video game. So it is hardly surprising that there have been a dozen or more Indy-based games over the years. Fate of Atlantis is broadly acknowledged to be the best of the bunch, and despite the fact that it came out in the early 90s, it is still enjoyable today if you take it for what it is – a little like the movies themselves! Look around online and you can find it free to download, so give it a try.

Originally released in 2002 for Xbox and PlayStation, this game stands out from others in the genre as it involves more than just obliterating the bad guys. There are puzzle elements, for example in how John McClane deals with the hostage situation or interacts with law enforcement, that will have a fundamental impact on how the game progresses. If you like your action heroes to be on the cerebral side, McClane migtht not be your number one choice – but all that can change when you take control of his actions!

Driving games are always popular, and this one is a great blend of traditional racing and role play action. A particularly nice touch that will appeal to fans of the movies is that it sets out to bridge the story gap between the events of Fast Five and Fast and Furious 6. The game is cooperative in as much as you can play alongside a friend, but there is no online gameplay, so this is one for an old-fashioned games night where you take up a controller each.