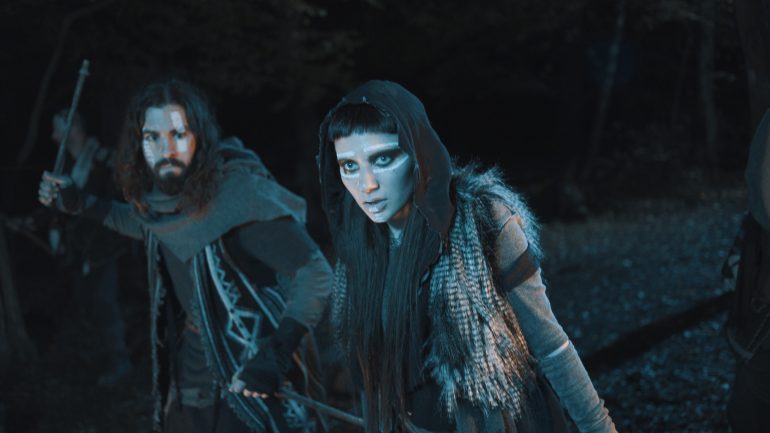 Pandorica is a valid post-apocalyptic film that will appeal to adventuresome viewers, but it falls short on imagination and verve.

Synopsis: Eiren, Ares and Thade are all in line to lead the next generation of their people. Only one of them will become leader but who will it be?

Review: Generations after “The Great Reset” of Earth, survivors on the planet have forgotten all about technology and have reverted back to tribal ways with new traditions to keep life going. The Varosha Tribe has a tradition once every generation where a new leader must be chosen through a process of dangerous trials. Three of the strongest youngsters of the Varosha people are chosen, and they must follow the current leader into the deep woods where their trials begin. Eiren (Jade Hobday) is petulant and resilient, while Ares (Marc Zammit) is selfish and cruel, and finally Thade (Adam Bond) is kind and strong. It doesn’t take long to see which of the three is going to be chosen as the future leader, as they’re first tested by traditional means with trials of combat and wisdom, but later when they’re all interrupted by “the next trial,” the group is thrown into chaos as they step into a conflict none of them has prepared for. A young woman frantically comes to them from the woods, clutching the most valuable possession in the world (a gun), and hunters are after her. The three teenagers from the Varosha Tribe will have to decide how to deal with the conflict. Do they protect her from the hulking hunters who know martial arts, or do they run, taking with them the one possession that could make them all-powerful amongst a race of people that has never seen a gun or know what it is capable of?

The concept of the very low budget indie film Pandorica is intriguing. It reminded me – at least in part – of the much superior film Black Pearl, but it doesn’t have the imagination or the means or ingenuity to be ranked as a sleeper hit. It has action, sure, and the style the director (Tom Paton) tries to evoke is definitely in vogue these days, even to the point of using synth wave music. It’s a valid post-apocalyptic film that will appeal to adventuresome viewers, but it falls short on imagination and verve. It’s adequate.