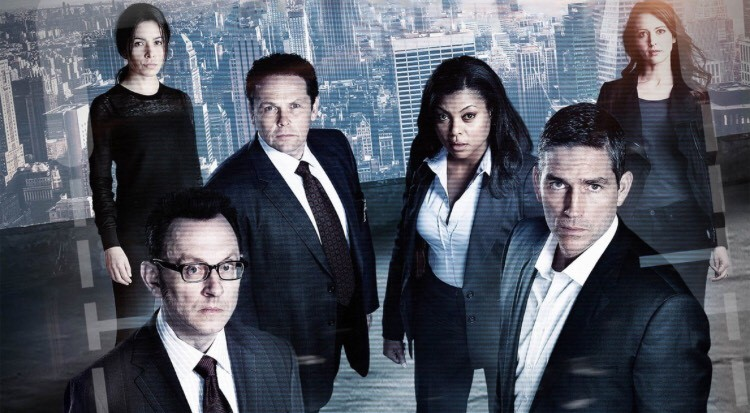 Plot: In this action-crime-sci-fi-mystery, billionaire software genius, Finch (Michael Emerson) recruits ex-CIA operative, Reese (Jim Caviezel), after he trues to figure out his mysterious past. Using this to high-tech covert machine that predicts crimes, they use it and assassin Shaw (Sarah Shahi), crazed hacker Root (Amy Acker), and detectives Carter (Taraji P. Henson) and Fusco (Michael Chapman) to exact vigilante justice and save innocent lives.

Review: Seasons 1 and 2 cover the origin of the numerous characters and the Machine itself. Season 3 wraps up some of the plot twists from the last two seasons before opening up a whole new can of worms. Seasons 4 and 5 cover more off-the-grid turn of events where all the characters must make a final stand on the remaining yet hidden evil societies that Season 3’s remaining episodes introduce.

Because the head writers have worked on The Dark Knight franchise and 24, this show ensures much of the same type of addicting thrills, shocking mysteries and geeky tech talk. It also incorporates conspiracy and atmospheric elements of other beloved material like The Fugitive, X-Files, Training Day, The Equalizer and Minority Report. While occasionally Season 3 had some filler episodes, this show is good at doing much of the same thinking man’s type action/mystery that any audience loves in any often agreeable audience fare whether it be the stunning Inception or a popular Bourne Identity/James Bond type adventure.

The casting of semi-known actors, Star Trek type humor and technology, and the well-calculated thrills are all central to making fir a primarily lovable mixture. Creator Jonathan Nolan and his crew in many ways assure that brother Christopher gets WAY too much credit given twice the amount of mind-blowing material arranged on display here. Every season remains instantly watchable because much like Babylon 5 and other five-year TV journeys it’s got endless discussion and powerful build-up- all without needing a single two-part cliffhanger episode!