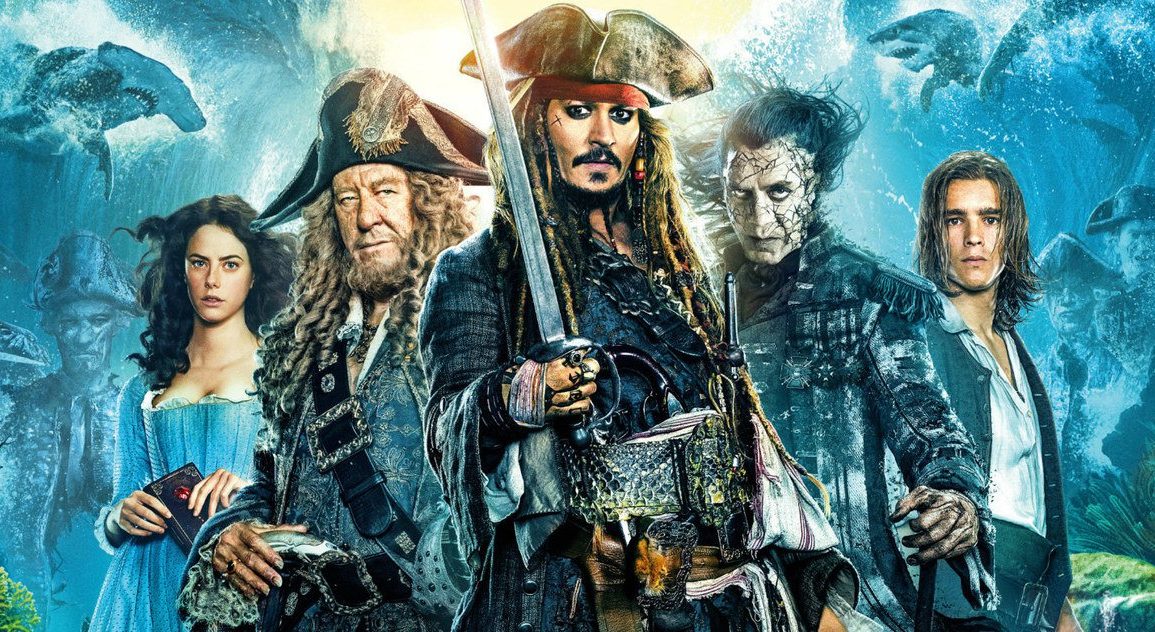 Pirates of the Caribbean: Dead Men Tell No Tales (2017) Review

If you enjoy the Pirates of the Caribbean series, do not miss this movie.

Plot: Captain Jack Sparrow finds the winds of ill-fortune blowing even more strongly when deadly ghost pirates led by his old nemesis, the terrifying Captain Salazar, escape from the Devil’s Triangle, determined to kill every pirate at sea…including him. Captain Jack’s only hope of survival lies in seeking out the legendary Trident of Poseidon, a powerful artifact that bestows upon its possessor total control over the seas.

Review: A jewel in Disney’s crown, the Pirates of the Caribbean franchise has been a favorite with moviegoers for more than a decade. Now with the release of the 5th installment, the franchise is coming to a triumphant end. I will admit, Johnny Depp as Jack Sparrow will go down as one of the best characters ever created in the history of cinema.

The film is definitely not perfect, but definitely not terrible. Clocking in at over 2 hours, the first half of the film is very choppy due to the introductions of a boat load of new characters, (see what I did there?) whom really don’t progress the story. Also, some scenes in the beginning felt overdone making the first hour not really enjoyable. Although, I did really like the opening of the film, I won’t spoil it but the nostalgia factor is off the charts.

The film suffers from too many plotlines which bogs down the first half. Nothing really happens, the introductions and backstories drag on. The film picks up mostly at the end, with some of the most spectacular CGI the franchise has ever delivered. Unfortunately, the plot is very predictable and most of the best reveals happen in the trailer, sometimes less is more!

Johnny Depp will forever be Jack Sparrow to me. He embodies the character, and makes it enjoyable to watch. Some of the jokes fall flat, but his character is truly an icon. Kaya Scodelario (The Maze Runner), who plays Karina Smith, is truly the breakout star of this movie. The film is more Kaya’s character journey opposed to Jack’s. Her character drives the film forward, yet her big reveal unfortunately was predictable.

Brenton Thwaites’ (The Giver) character is severely underused and really only in the film because his connection to Will and Elizabeth… you can guess why.

The movie is swimming with cameos; Paul McCartney makes a brief appearance. But some of the best cameos happen directly at the end. I won’t spoil it, but the ending really tied all 5 films together. I will say, it was a perfect ending to the franchise.

If you enjoy the Pirates of the Caribbean series, do not miss this movie. It’s a perfect ending to an adventurous franchise! Also, stay until the end of the credits…unfortunately it will definitely have you asking, what just happened!