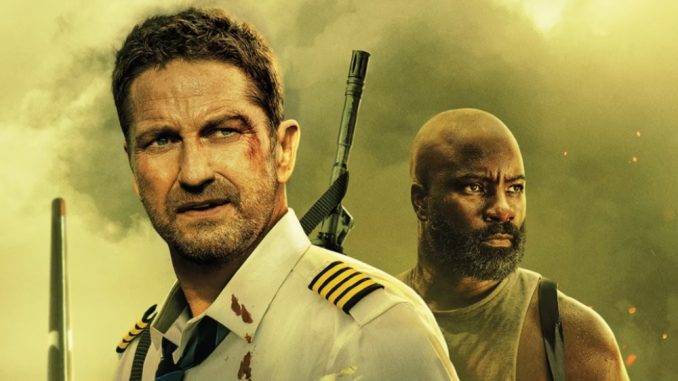 I was looking forward to Plane as I’m a big fan of Gerard Butler but sadly plane is just what the film is with little that makes it stand out aside from some solid performances so, you can wait for streaming.

Plot: A pilot finds himself caught in a war zone after he’s forced to land his commercial aircraft during a terrible storm.

Review: Here’s one that I was excited about when it was first announced especially since I’m a big fan of Gerard Butler not only with his Has Fallen trilogy but I also really enjoyed Den of Thieves, Copshop, and Hunter Killer.

Well, to me Plane was easily one of his weaker efforts however, I’ll start with the positives first. Most of the cast do well with what they’re given especially Butler and Mike Colter who steals this film if you ask me.

The finale has some somewhat decent action although don’t go in expecting wall to wall set-pieces because that’s not what this is.

The biggest problem with Plane is the frenetic camerawork which is not only distracting particularly during the plane crash but also during certain action scenes which makes it particularly frustrating as sometimes it feels needless.

The cinematography is flat not only using only a mixture of grey and black which makes this very over-saturated so, certain scenes are difficult to see at times.

Overall, Plane was a disappointment aside from containing some good performances; it was fairly generic and predictable with some pacing issues, so you can probably wait for streaming.