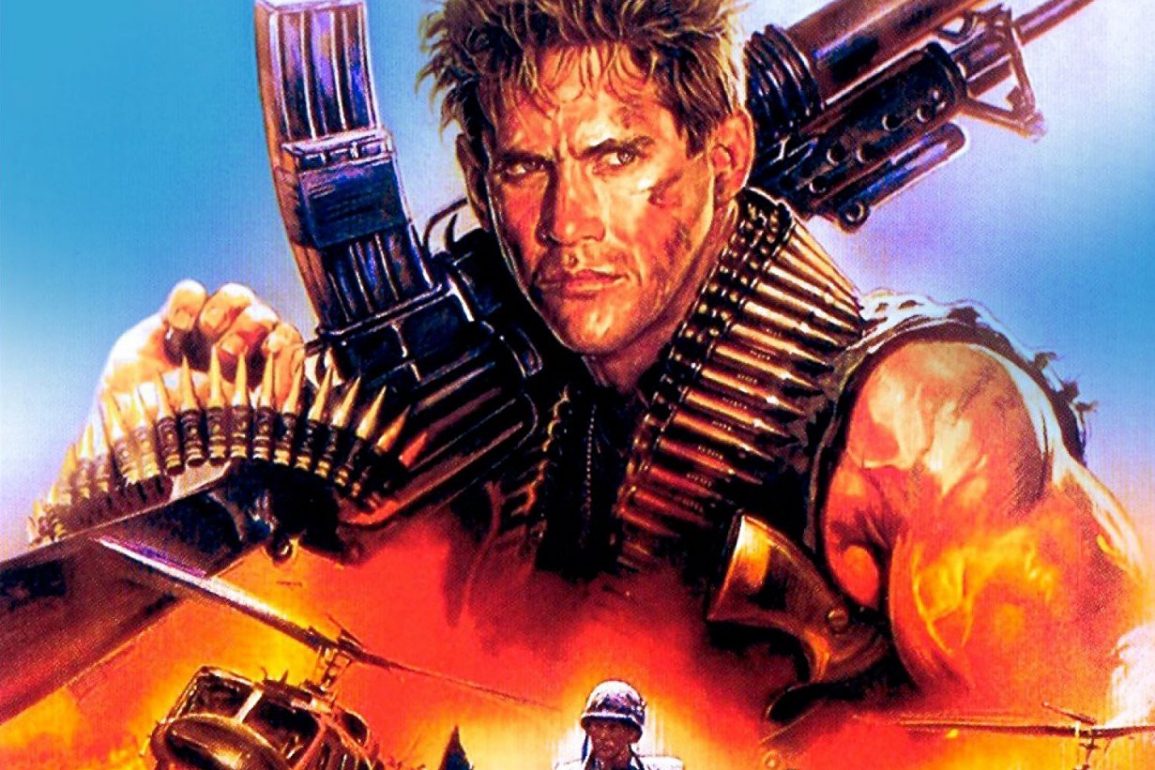 Two underrated Dudikoff gems have been nicely remastered making this a must-have for genre fans.

Platoon Leader Synopsis: A young officer, just out of West Point is sent to Vietnam, where the men don’t respect him until he gets wounded and returns to be a wiser soldier and a better commander.

Review: Lt. Jeff Knight (Michael Dudikoff) is flown into the jungles of Vietnam where he quickly realizes the horrors of war. His subordinates don’t like him because he graduated from Westpoint and has never seen or dealt with real combat before, but that changes quite suddenly when he’s wounded and brought to the brink of death. He’s flown out, recuperates, and gets right back in the action. They learn to respect him, and his hard casing becomes accepted.

Some have accused Platoon Leader of being an outright rip-off of Platoon, but I’m not sure I’d agree with that. It’s a straight-up, simplified (and extremely gory) look at combat in Vietnam, and it doesn’t bite off more than it can chew. The characters are well defined, and Dudikoff, while fresh from his first two American Ninja movies, is capable of portraying the not-too-complicated character he plays. The score by George S. Clinton is heroic and memorable. It was directed by Aaron Norris, who made many movies with his brother Chuck. It’s based on a book by James R. McDonough.

Soldier Boyz Synopsis: A group of prisoners are going to Vietnam to rescue the daughter of a V-I.P. The Ones who survive get their freedom back…but hell awaits them.

Review: Fans of Michael Dudkoff need to check this one out. He plays a badass Marine named Toliver who runs a prison in L.A., and he has lunch on the floor with the general population every day. He gets an offer from a billionaire to go to Vietnam to rescue his daughter, who was taken captive by some bandits while she was there on business. At first, Toliver isn’t interested, but then he gets the idea to recruit some of the toughest, most worthless convicts in his prison to go on this rescue mission. It’s a bad idea to begin with because he doesn’t even bother training them, but he goes ahead and handpicks five men and one woman for the job. All six of them are hungry at the prospect that they will all receive Presidential pardons for their job if they come back alive, and so off they go to Vietnam with not a single day of training! Toliver knows what he’s in for, so once they land in the jungle, he challenges all six of them to a fight to get the tension over with, and after three of them fail in their one-on-ones, they get on with the mission. From then on, they all have to rely on each other for their survival, and they have to learn to trust each other and get past their issues and hatreds. Toliver, it turns out, picked the right six cons to rescue the girl.

Here’s the deal. This is a completely ridiculous premise and it worked even better in Band of the Hand because the kids in that movie weren’t sent off to Vietnam, and at least they were trained to fight before they faced their enemy, but Solider Boyz amazingly works. Dudikoff was never better in another film. He’s tough, resilient, and I actually believed that he was that character. The action is pretty good too. There are some “holy crap!” moments, and the film ends up feeling more like an adventure than a war movie. Louis Morneau (Bet Your Life) directs this with a strong hand, and it’s probably both his and Dudikoff’s best work. Cary-Hiroyuki Tagawa co-stars as the leader of the bandits. He’s typically serious and no-nonsense.