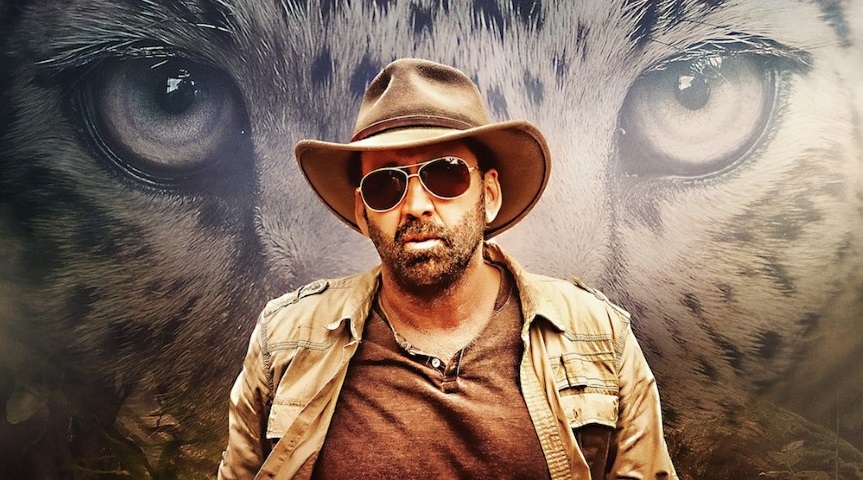 A pretty bonkers concept for a Nicolas Cage picture, Primal sort of had me interested there for a second until it became pretty clear that it was going to be one of those stalk and slash type movies set mostly in one ugly setting.

Plot: A big-game hunter for zoos has booked passage on a Greek shipping freighter with a fresh haul of exotic and deadly animals from the Amazon, including a rare white Jaguar – along with a political assassin being extradited to the U.S in secret.

Review: Blow hard big game hunter Frank (Nicolas Cage with some swagger) bags himself a million dollar white jaguar along with some various exotic creatures in the Brazilian Amazon jungle and boards a freighter headed to his destination where he intends to make bank. Also on the freighter is a completely insane assassin turned psychotic serial killer (played by the always fun Kevin Durand) who has an entire entourage of guards and mercenaries guarding him in his cage like the animal he is. When the killer stages a daring escape, he lets all of Frank’s exotic animals out of their holdings – including snakes, birds, killer monkeys, and of course the deadly jaguar -ensuring that all of the soldiers on the ship are going to have a hell of a time trying to stay alive while he picks them off one at a time while they’re distracted. When it becomes a desperate situation as almost all of the soldiers have been slaughtered – either at the hands of the killer or the deadly animals – Frank has to graduate to the hunter that he is to make sure the killer can’t reach the shore.

A pretty bonkers concept for a Nicolas Cage picture, Primal sort of had me interested there for a second until it became pretty clear that it was going to be one of those stalk and slash type movies set mostly in one ugly setting. Cage gives the movie a little extra push, but not much beyond that, and Durand can do his sort of role in his sleep, so the movie is about as expected. Famke Janssen with a severely surgically altered face appears as the film’s only female character, and it’s mostly a thankless sidekick role. Whatever she did to her face is enough to give anyone serious double takes every time she shows up. From director Nick Powell. 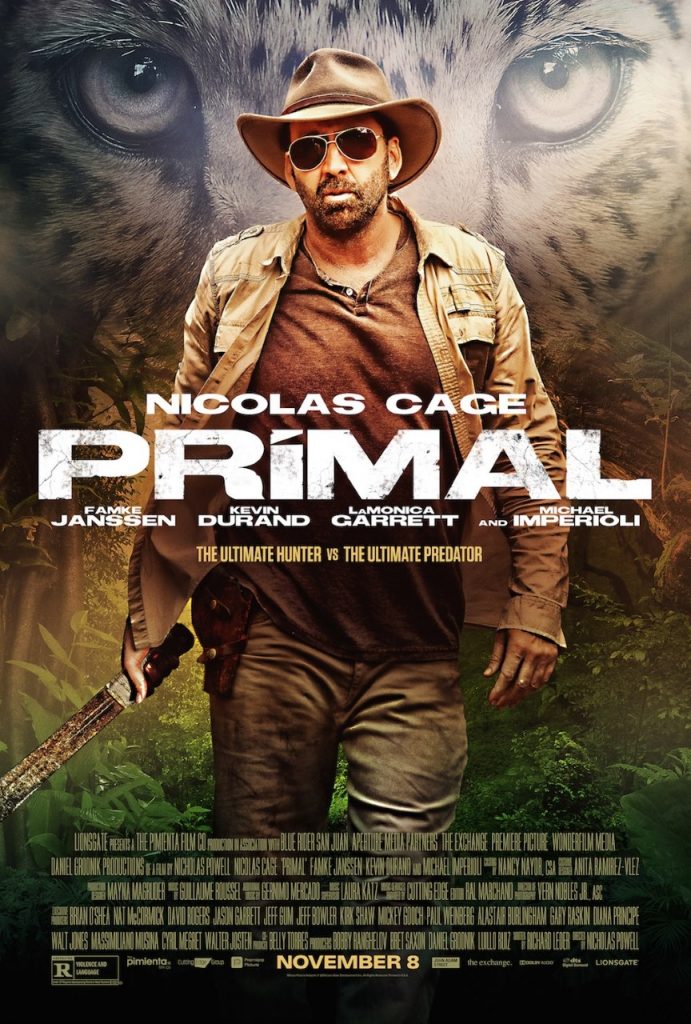