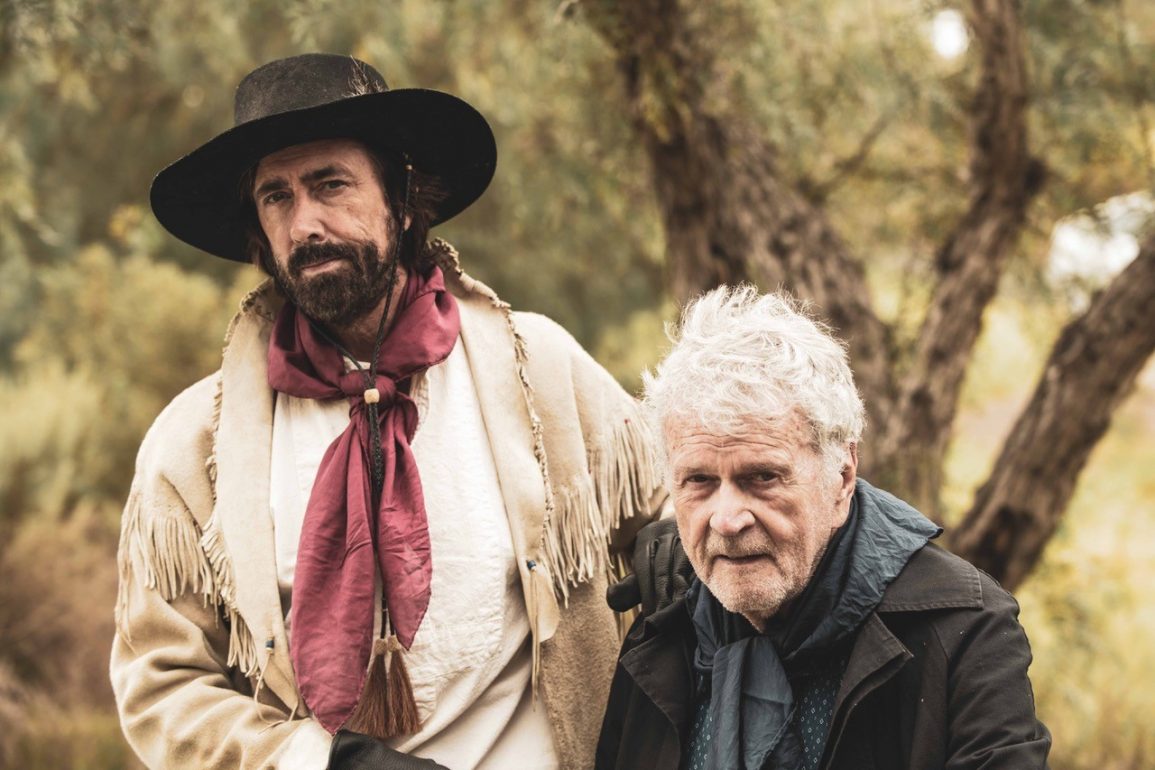 As a nod to the Western genre, Promise has its moments, but this homage feels more like a BB than a bullet.

Plot: A retired contract scout for the Union, compelled to move on from his tragic past, embarks on a deadly mission with gunfight battles, double crosses, and an unexpected showdown to learn what happened to his true love and her little girl.

Review: Bounty hunters brazenly bruise brutes with bullets in Promise, from Joe Cornet and San Rafael Pictures. A chest full of Civil War gold is stolen, hidden and then hidden again, at the cost of several lives, including a woman named Tess Sawyer (Kerry Goodwin) seen as a new hope in forming a family by a bounty hunter known as Ransom (Joe Cornet). Gone missing is her daughter, Promise (Trista Robinson) and, while most of the more trigger happy types get a lead on the gold’s whereabouts, Ransom finds more important things: a new life and love (Maude Bonanni) as well as a fully grown Promise, herself surviving via rather primal means and searching for the gold amid the forces of fate and imminent danger. Meanwhile, other parties, including a pair of outlaws (Curt Lambert, Gene Rathswohl) and the enigmatic Bill Gristy (James Henderson) have caught wind of the treasure’s whereabouts, and are far less concerned about peace. Can Ransom and Promise find the chest – and a peaceful life – before the forces of chaos take possession?

Despite the competent performances and an ambience full of love for the Western genre, there’s not a lot that stands out in Promise, other than CG squibs, James Henderson’s performance and the world’s cheapest looking eyepatch. This film commits the cardinal sin of a Western having heavy dialogue with little action, style or grit. The plot flows with the urgency and pace of a slowly thawing milkshake knocked sideways. It doesn’t help that the more intriguing plot elements and twists are revealed in the first act, and the occasional action and gunfire can sometimes leave the viewers asking themselves “Why didn’t he shoot him in the hand or head first? He could have still gotten shot!” or “Why didn’t he/she/they just (insert common sense action here)?” The soundtrack is generally bland, although the music in the closing credits was quite good, and other tracks of its kind could have added a lot to several scenes.

The cartoony acting is decent enough from most of the cast, and ranges from ham (James Henderson channels Bruce Payne and William Forsythe at once) to extra large ham with gravy fries (Curt Lambert with an eyepatch and gravel voice), although Don Murray’s few minutes demonstrate why such appearances make an impact in this kind of film, to which anybody witnessing a Cameron Mitchell cameo can attest. Trista Robinson’s titular character may have talked about her past, and we’re given an idea of her femme fatale nature, but so much more could have come from showing rather than telling, and she was certainly talented enough to pull it off. There are some entertaining references to The Good, The Bad and the Ugly, Pulp Fiction and others. For being so full of dialogue, so little of it does anything more than open and close the scene. The most frequent exception to this is James Henderson’s Bill Gristy character, delivering all kinds of menacing energy with presence alone. Otherwise, the viewer will find others throwing out this kind of line: “I like rape!” Well, at least the characters aren’t hypocrites.

While some of the all time classics were made with comparable budget constraints, many of those overcame their sparse dialogue (largely due to language barriers and lack of actual actors in the cast) with crafty cinematography, over the top violence, sex appeal and tremendous soundtracks. This film all too often meets each of those qualities halfway instead of making the impact felt in the genuine article. It too often feels like a defanged snake, unarmed sheriff or Amish prostitute. As a nod to the Western genre, Promise shows promise, but this homage feels more like a BB than a bullet. Written and directed by Joe Cornet.