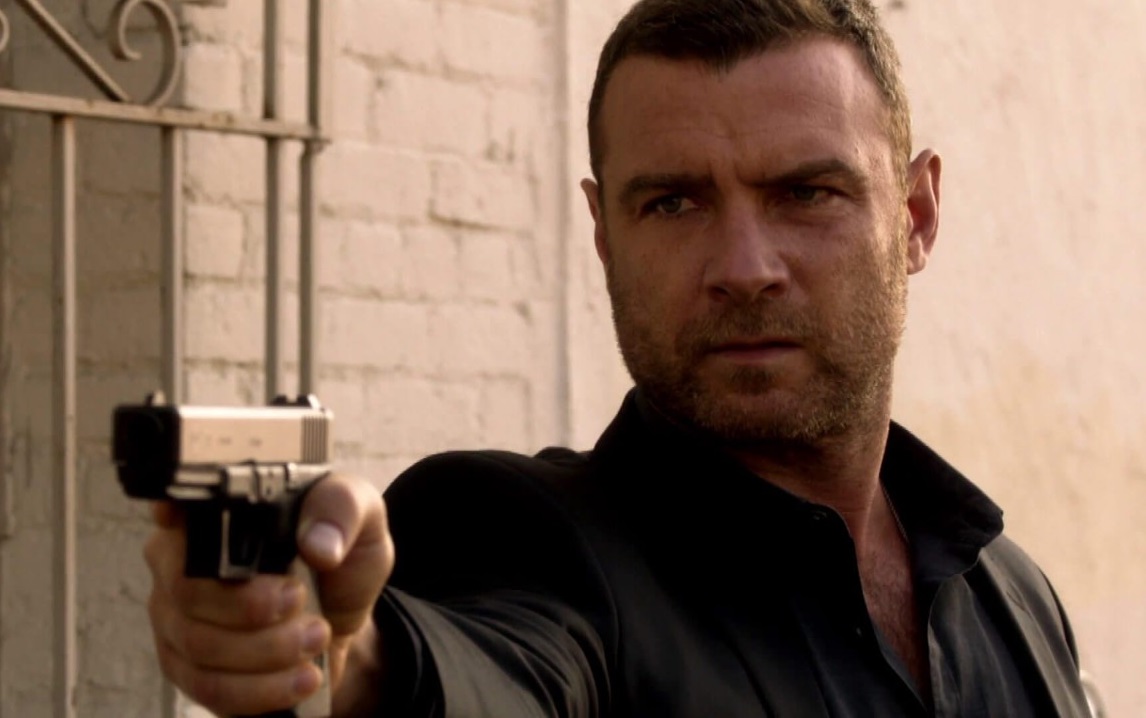 Plot: Ray Donovan (Liev Schreiber, The Sum of All Fears) is a LA lawfirm troubleshooter who’s asked to solve problems for rich and famous clients, but can’t seem to fix his own family issues. Among his many problems are dealing with his father, Mickey (Jon Voight, Runaway Train), being released early from prison. Will he stop his dad from reinserting himself into his newfound family life or is he gonna have to take extra steps to secure his family when he’s not keeping an eye on his clients?

Review: Created by Emmy-winning producer Ann Biderman (NYPD Blue, Southland), this show is too good for even Showtime (which abruptly cancelled it after 7 seasons without any warning!) in that despite its shocking content, it’s not reliant on sleazy or more of the same pretentious material that seemed to be in every other Sopranos type knock-off. Instead, this show hits home in that some hardened men have to confront their past in the flesh literally- all while showing that there’s various celebrities and questionable character types who need someone talented enough to clean up their inappropriate mess before the news media puts them on every breaking news story. Ballers this isn’t but that’s not a bad thing and this somewhat goes towards more of the Breaking Bad and The Shield formula of showing how a man capable of many violent cover-ups can continually blur the line between anti-hero and villain to where even classifying this title character isn’t easy.

The viewers witness the title character dealing with his overlong day-and-night operations while his father Mickey, who’s still being followed by FBI agents wanting to take down his remaining cohorts, oversteps his boundaries with Ray’s family and Ray’s client, attorney Eza Goldman (Elliot Gould, Ocean’s 11). From the very first episode, I already knew I had to space out episodes, and not just because of the morbid nature of it all, due to the not-so-straightforward setup, the L.A. criminal underworld depiction, the various foreshadowing, the other scumbags who come out of stage right and so forth. It was all so damn emotionally rewarding while also emotionally exhausting. I instantly wanted the ungrateful wife to get slapped, I wanted the ex-con dad to get shot in a drive-by and there’s plenty of other colorful crooks who I wanted to see their comeuppance the minute they were introduced.

This show is already doing something right if one is emotionally challenged by it and it isn’t trying to be cheap about it either while hardly feeling like it’s all solely reliant on shock value and few restrictions via what satellite cable permits. We’ve already had the aforementioned shows cover a gritty world where the protagonist blurs the line between outright villain and anti-hero but here we’re now dealing with someone who’s not a good person but hardly the worst person. He’s a fixer but he’s not a hitman per say. He’s killing other terrible people but he uses much of their terrible methods to eliminate them per say. I have no criminal affiliation in my actual life yet I can see why many critics (save for the ones who unfairly bashed Season 4) and viewers found this show gripping as Ray instantly comes off as a brutal man who you can tell instantly that his humanity has mostly been stripped away from his crappy earlier existence under his crooked father and that he might have an escape from the criminal underworld but he’s not here to be on his soapbox only to just keep surviving every year for now. Sopranos already covered a family man gangster who goes to therapy; The Shield covered a crooked cop who didn’t view himself as either a cop or criminal, just a man who can use unorthodox methods to reduce crime rates while take drug kingpin’s money and taking down any opposition towards him; and the Breaking Bad universe had covered a unusual men who resort to being crime operative but struggle to balance our their illegal activity while co-existing with their various troublesome families.

This Ray Donovan show basically builds itself up primarily from Bad’s handbook by having quieter yet psychologically freaky moments while also keeping the inevitable chaos both locked-and-loaded with the appropriate amount of tension and organized as a whole. The casting has been rightfully praised as it was the perfect mix of semi-knowns, has-beens and unknowns with not a single miscasting. I knew that some bloggers were complaining about some other celeb guests appearing like James Woods and Katie Holmes but they clearly were distracted by their public image as opposed to whether or not they actually were right for the roles they were portraying. There’s always got to be a killjoy with entertainment these days I suppose instead of someone actually taking the time to see if it has merit and backing up their points. Speaking of such, this show does take the time to back up what it’s doing instead of just feeling random, bizarre or exploitative- all for gratuitous sake of doing so.

Obviously, some of this material will instantly be a turn-off given the gritty world that’s portrayed but I was drawn in because it didn’t feel like the show was reliant on just the content or feeling like well-worn territory. This was an absolute perfect build-on to what great crime shows we’ve already seen. In many ways, you could call this a version of Heat without the robbers, a more organized version of Sons of Anarchy or even a TV version of Grand Theft Auto videogames without the low-brow moments! It was wise for this show to use the Homeland method of having each season last 12 episodes while building up to every outcome via cut-aways to new characters who will serve a purpose three episodes down the road (maybe even throughout the remainder of the season). You won’t be able to find this on many streaming platforms free to stream so you’re better off getting the physical media, trying a Showtime subscription or finding some other deal if you don’t want to wait for the likes of Prime, Hulu or Netflix to carry it (eventually?). It honestly won’t be hard to get into but like any show, you’ll know from the first two episodes if you want to continue watching as the writing couldn’t be clearer on the wall it’s painted on. Or you can just take a chance on life and get one of the various discounted multi-packs. Who knows as you might even find it more diverting than the other easy-to-compare to shows.