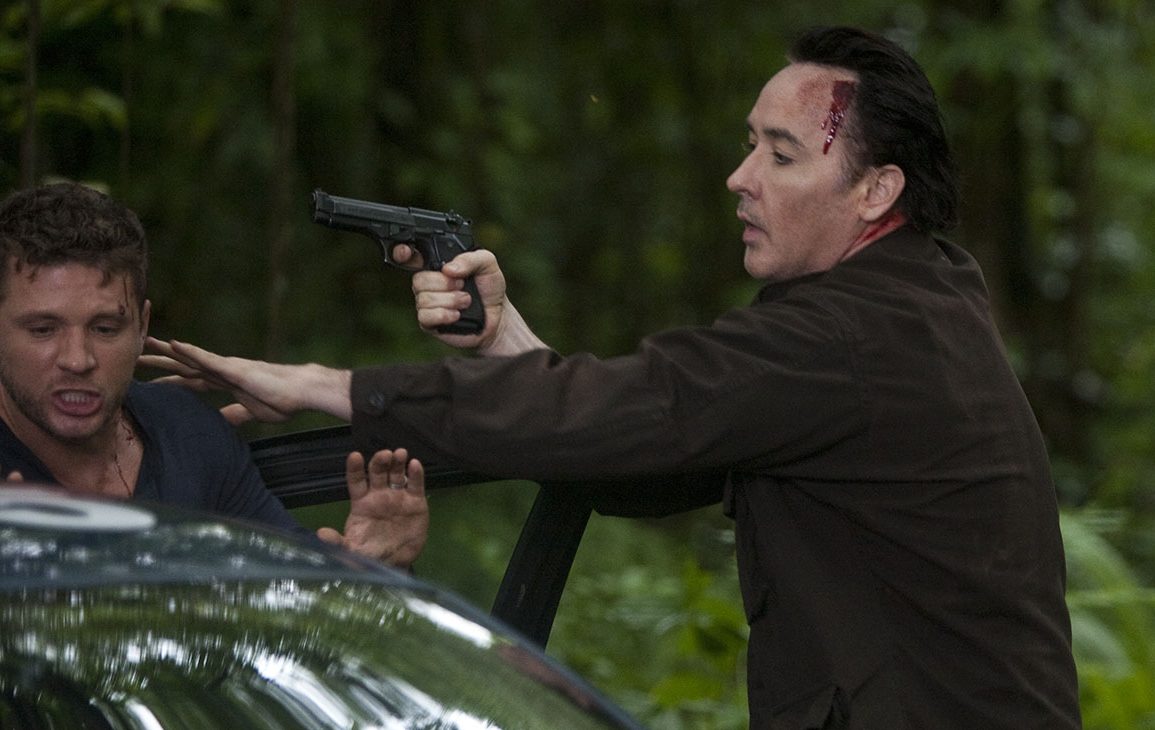 It is a serviceable enough film, but it is not covering any new ground and would be more at home as a Lifetime movie of the week.

Plot: A desperate American couple discovers all is not what it seems when they uncover a high-stakes underground scam while traveling abroad. To expose the truth and get back to the U.S., they must risk their lives to save their newly adopted daughter.

Review: For a movie that is classed as a ‘thriller’, it is quite light on thrills.

Ryan Phillippe does a decent job as Steven Mayers, who has come with his wife Shannon (the overacting Rachelle Lefevre) to Puerto Rico, where they are adopting an earthquake-orphaned Haitian girl. It turns out though that the International Rescue Adoption organization is just a front where they charge big bucks to fast track an adoption and ‘reclaim’ the child a few days later, only to pull the same scam to another couple in a new city.

John Cusack plays the main baddie Benjamin, whose crew are the ones who do the ‘reclaiming’. He delivers a good performance without being too over the top, but has to be wondering why he is ending up in movies like this. Luis Guzman (In The Blood, We’re The Millers) also makes a small appearance to keep his streak of playing the police chief intact.

When the thrills do finally arrive in the last thirty minutes of the film, they are pretty lacklustre and not worth waiting for, although we do see the return of the time tested ‘car hanging over the cliff’ gag. There are also a few plot points that make no sense (can you even lock someone in the trunk of a new car these days?) and an unintentionally funny scene with Lefevre trying to burn off her zip tie hand restraints.

It is a serviceable enough film, but it is not covering any new ground and would be more at home as a Lifetime movie of the week.