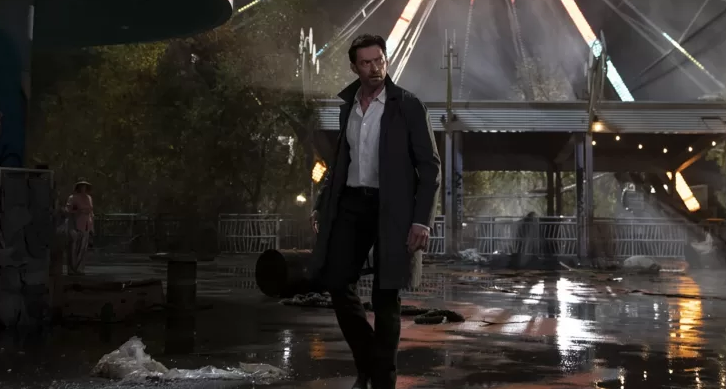 Unless you are a Cyberpunk completist, steer clear of this yawnfest as it won’t ignite any kind of fascination or intrigue.

Plot: Nick (Hugh Jackman, Swordfish), a private investigator of the mind, navigates the alluring world of the past when his life is changed by new client Mae (Rebecca Ferguson, Doctor Sleep). A simple case becomes an obsession after she disappears and he fights to learn the truth about her.

Review: Most of us Action/Sci-Fi buffs get interested over a fun Cyberpunk genre movie or show when it’s done rather well: Terminator, both Blade Runners, Strange Days, The Outer Limits, The Matrix, Altered Carbon, Babylon 5, even the uncut version of Johnny Mnemonic. Lately, the acclaimed Lisa Joy and her husband Jonathan Nolan were on a roll with winning Cyberpunk TV entries like the rather addicting Person of Interest and thought-provoking Westworld so was her new movie going to be of any kind of must-see? To put it lightly, while it’s not a dismal kind of junky film when the genre is often done wrong, it’s also not anything like her stepbrother Chris’ films Tenet or Inception. Hugh Jackman has been in much worse such as Scoop and The Fountain but this also is not a film elevated by his presence in any capacity. You won’t remember him or the other cast members characters because they’re just all here to share different ideas rather than serve as exposition or different voices. That’s worse than every character being a plot device! That or likely because investors demanded these actors be here (I’ll make an exception to Thandie Newton who’s obviously here because she’s a Westworld co-star).

HBO Max streaming has allowed me to catch up on several blockbusters post-COVID 19 lockdowns but half of them are definitely turkeys that you couldn’t had paid anyone to check out in any kind of theater without walking out, much like Netflix. This one may not be a Razzie winner or unwatchable slice of dreck but it is still a regrettable genre entry that’s hampered by its lack of detail to everything save for how it is shot. Action fans will be let down by the trailer and SciFi/Mystery fans will find themselves wondering how long they have before they look at their watch and switch the program off as opposed to wondering where the (lacking) plot is going in a good way. This could had been cerebral, mind-blowing or just thrilling in some capacity but it instead is unfocused, dull and altogether lousy. The fact that it’s an expensive production will likely cause far more anger and disappointment. We needed a P.I. with creative problem solving, puzzles with levels to dive thru and an escape from reality but you get a whole lot of non-groundbreaking attempts and uninteresting dialogue to tie it together. Definitely one of the year’s most mediocre films so far.