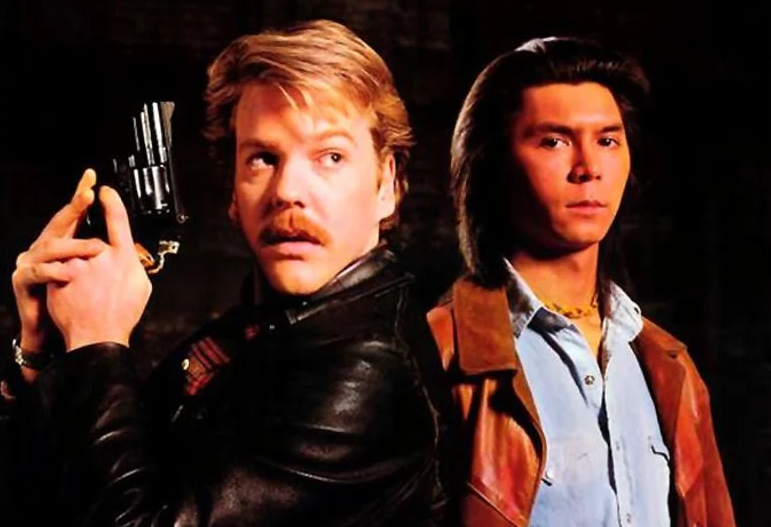 Plot: An undercover detective and a Lakota Indian team up to get the bad guys who wronged them both.

Review: Totally unorthodox and borderline unhinged undercover cop Buster McHenry (Kiefer Sutherland) goes so far undercover that his superiors have no idea what he’s doing or why, and when he joins a team of thieves who steal six million dollars’ worth of diamonds, he puts himself – and a lot of other people – at risk when his team (led by Robert Knepper as the leader) kills a bystander just for the hell of it. What’s worse is that the crew also steals a sacred Lakota lance that was brought by the Lakota tribe’s medicine man (Floyd “Red Crow” Westerman) and his sons Hank (Lou Diamond Phillips) and George (Gary Farmer) to the city for a museum show. They steal the lance as an afterthought and murder George in front of a crowd, and Hank takes pursuit of the thieves, believing that Buster is one of them. When the crew shoots Buster and leaves him for dead, Hank nurses him back to health and demands that he lead him to where the sacred lance is, and after making it clear to Hank that he’s an undercover cop, they team up (under difficult and reluctant circumstances) to find Hank’s crew and the dirty cops he was after in the first place. With these two renegades on the case, nothing can stop them!

A cool buddy / buddy cop movie with a really radical twist, Renegades works really well, thanks to its two fantastic leads and great direction by Jack Sholder, who made this after his superb film The Hidden. With excellent action, a compelling story, and believable (for the most part) plotting, I hold this one in fairly high regard in the space where I’d put other cool buddy / action movies like Shakedown. Unfairly ignored in the pantheon of ’80s and ’90s action films, Renegades definitely deserves a fresh look. Michael Kamen did the score.

Mill Creek’s recent budget title Blu-ray release of Renegades comes in an adequate high definition transfer, but without any special features, aside from a VHS-styled slipcover. 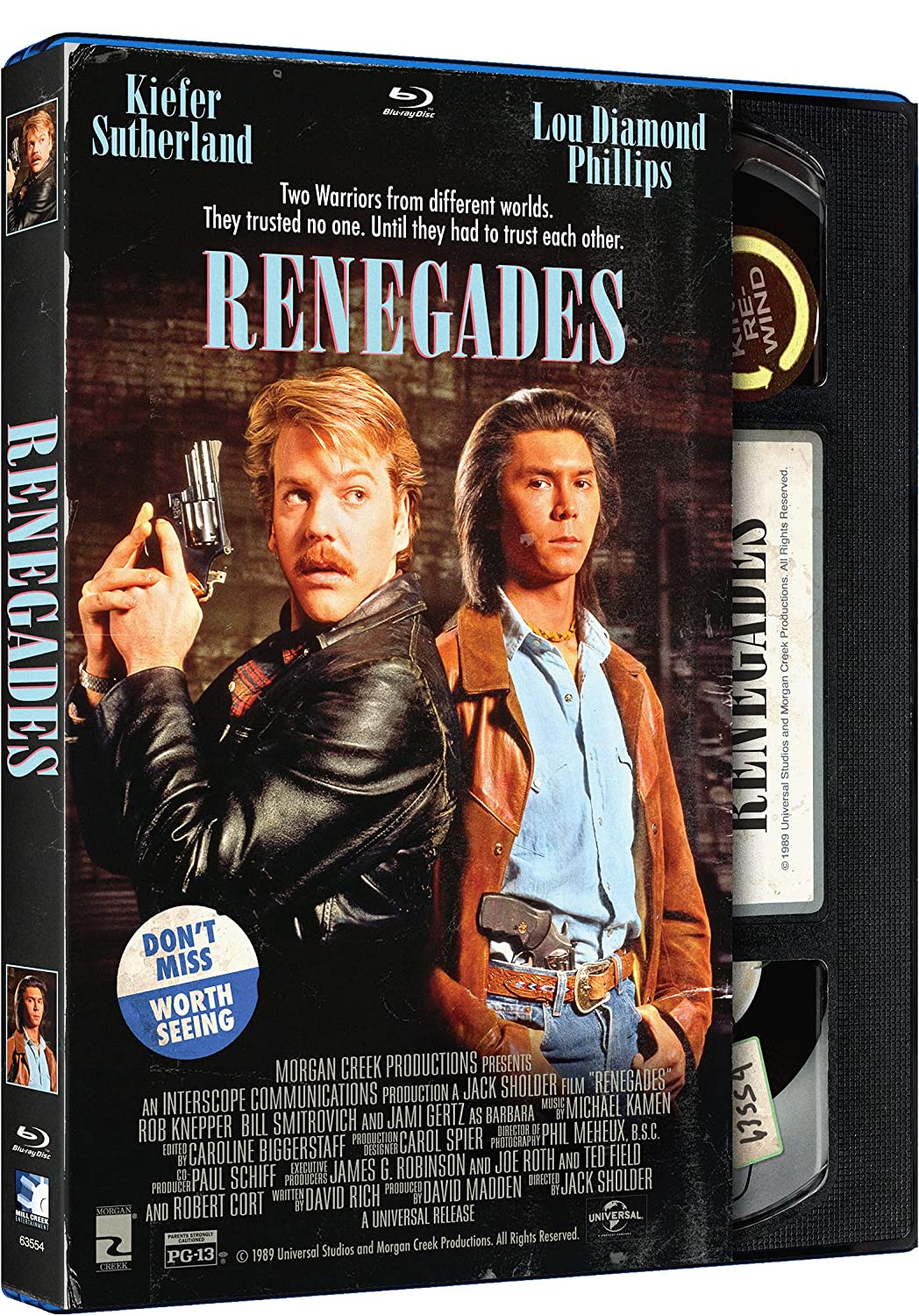 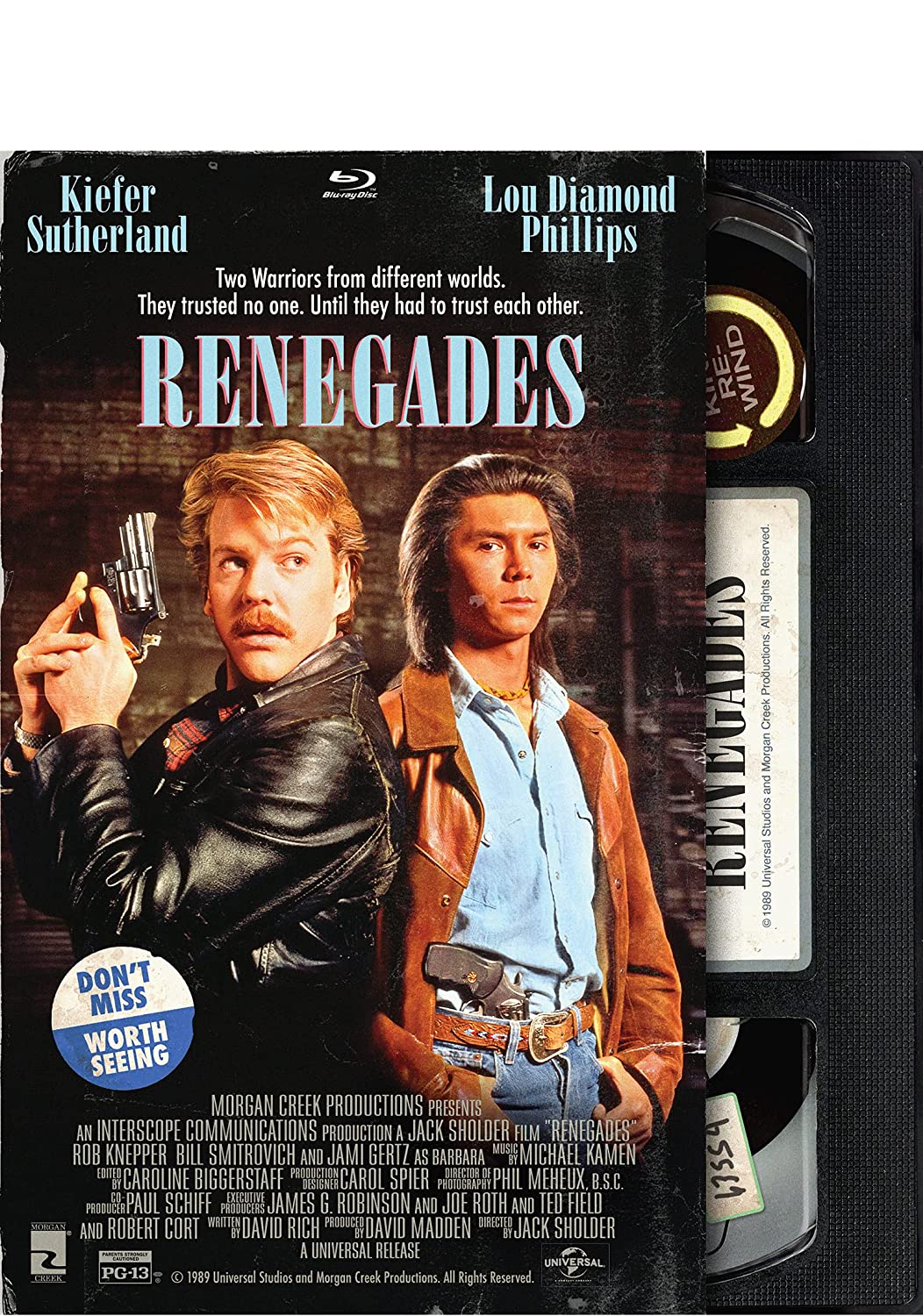