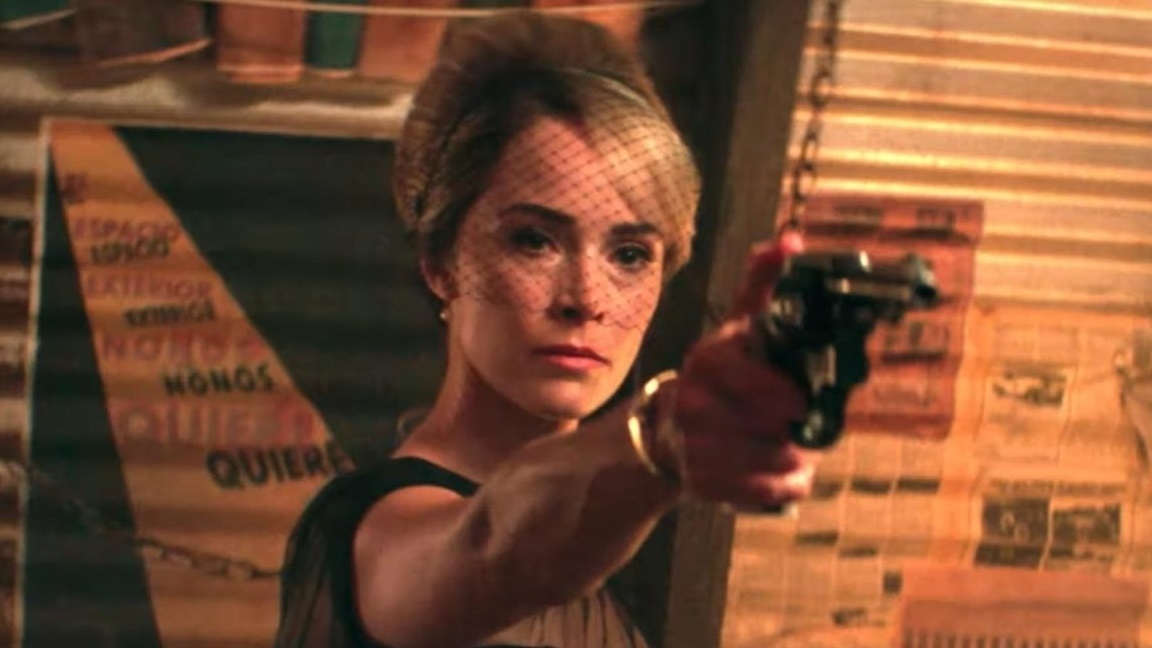 A way too uneven yet occasionally effective revengefest

Plot: Years after being left for dead by her brother Burt (Rory Cochrane, CSI: Miami) and his gang, the “Banished Brawlers,” Katherine Harlow (Abigail Spencer, Rectify) reemerges as secret vigilante “Doris” and starts to plot her revenge along with her hired guns “The Monster Ring.

Review: A modern-day yet ‘50s stylish Neo-Noir that has some similarities to the likes of Taken, Sons of Anarchy, I Spit on Your Grave and easily even On the Waterfront, we have a slow burn with few rewards. Those who enjoy the likes of Tarantino and Elmore Leonard shouldn’t have issues embracing this but those wanting rapid-fire John Wick styled mayhem will likely tune out before this 10-episode season is even concluded.

There’s lots of cool build-up seeing the main heroine blend into this trouble-ridden world she’s in but each time the show cuts to the cyclist villains and their strip club exploits, it gets so deadly dull.

There’s nothing wrong with the performers or necessarily the dialogue, it’s just that it’s either not well edited or too self-indulgent for its own good. It’s otherwise very layered and will appeal to comic book fans despite not being that loose in its escapism. So long-story short: the visual presentation, characterizations and revenge sequences deliver but the build-up and time getting there can be irritating.

This would’ve been FAR better at 6 episodes and had it cut all the biker development. As of now it’s worth seeing but not an absolute must-see.