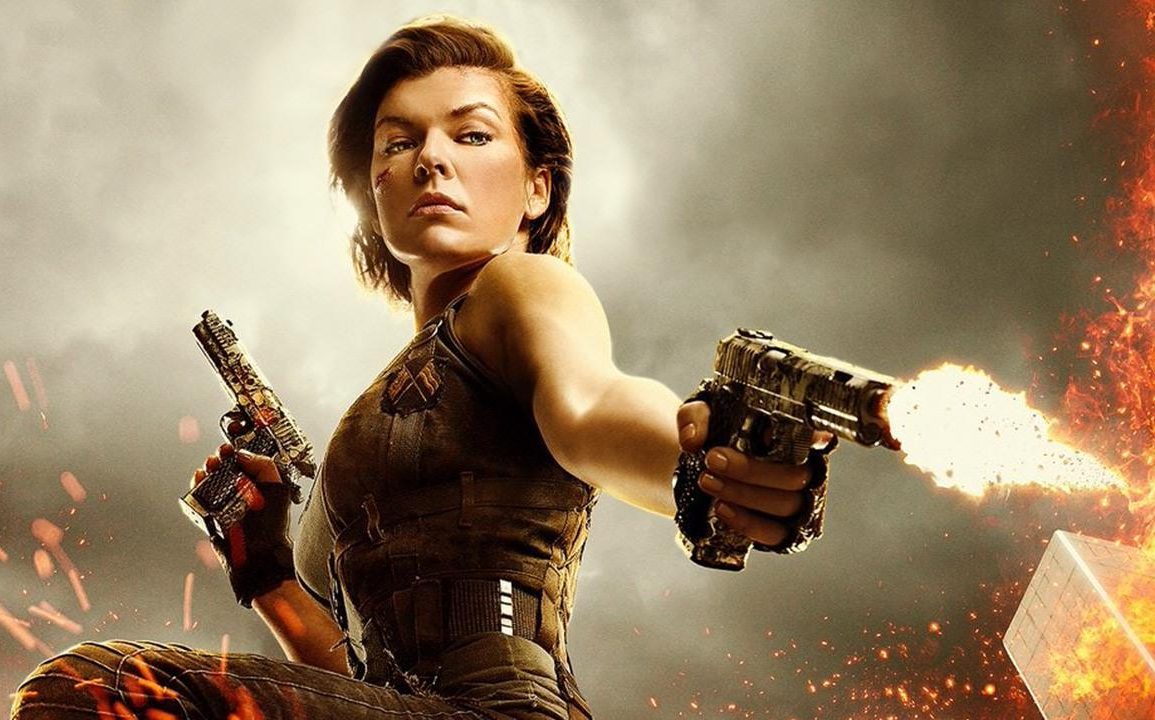 It’s a relief that this is the “final” film. If there’s more, there needs to be a totally clean slate and a totally new vision for where the “Resident Evil” brand should be directed. Frankly, I’ve had enough.

Plot: Picking up immediately after the events in Resident Evil: Retribution, Alice (Milla Jovovich) is the only survivor of what was meant to be humanity’s final stand against the undead.

Review: After a long hard trek through the sprawling wastelands of the world, Alice (Milla Jovovich) is told that she has two days to save mankind, or everything she’s ever worked for will have been for naught. She needs to go back to Raccoon City where it all began and find an antivirus before the ticking clock spells doom. Along her quest, she runs into Dr. Isaacs (Iain Glen), whom she was certain she already killed, only this version of Isaacs is an even more sadistic zealot than before. He controls two massive land rover tanks – both headed for the same destination that she is – and when he has her captured, it’s only a plot device to unveil her grand escape in a classic Road Warrior / Fury Road fashion. Alice gets away, makes new allies (and one old one in the form of her compatriot in action Claire, played by Ali Larter), and joins them as they must fend off a sea of zombies brought to them, courtesy of Isaacs. Eventually, they end up in the labyrinthine subterranean Umbrella Corporation laboratories where Alice and her fellow warriors are dropped into a death game full of killer lasers, mutant creatures, and horrible traps that dwindle their numbers to just a few. It all comes down to Alice and the antivirus, and the choice she must make to sacrifice herself to save the remainder of the world’s survivors.

Purportedly the “final” entry in a six-film franchise, The Final Chapter is a hobbled step up from the junky previous entry Retribution, but it’s a far cry from the inventive and engaging entries Afterlife and Extinction. This time around the action is the focus, with almost every single scene involving frantic motion or special effects, with never a calm moment to get a foothold on just what the heck is going on. Writer / director Paul W.S. Anderson might have taken a cue from George Miller’s far superior Mad Max: Fury Road and given his characters depth and sparks of life, but instead his script simply puts his characters through the motions of a rollercoaster that never feels thrilling. It’s also a deficit to feature the same villain from one of the previous entries, and Jovovich – whose character takes massive beatings this time – looks bored and unengaged. It’s a relief that this is the “final” film. If there’s more, there needs to be a totally clean slate and a totally new vision for where the “Resident Evil” brand should be directed. Frankly, I’ve had enough. Released in 3D, although it was not filmed in that format.