From director Mei-Chun Chang, who did another 3D martial arts movie called Dynasty, this one is a keeper.

Plot: Raiders decimate a village and violate 13 women, all of whom become nuns who learn martial arts s a way of healing, but later on their skills become very useful against the same bandits.

Review: Masked, murderous raiders sack and pillage villages all across the countryside in the 1700’s, and rape is a common event for them. When they decimate a particular village, they ruthlessly violate 13 young women, and leave them for dead. Left to mourn the loss of their families, the women are forced to become nuns since their virginity is no longer viable to suitors, and with their heads shorn and their lives forfeit to Buddha, they are sent to a remote convent in the mountains where they learn martial arts as a way of meditation. Meanwhile, years pass and the same raiders that once destroyed the nearby villages return to sack and pillage all over again, only this time the villagers make a valiant effort to fight them off, and when all the women escape, the raiders are enraged that there’s nobody left to rape and violate. The women seek help from the 13 nuns at the monastery, and realizing that Buddha has offered them a chance to balance out karma, they help the women defend themselves in a brutal, last stand against the raiders who altered the course of their destinies.

Filmed in 3D, Revenge of the Shogun Women is a surprisingly graphically violent martial arts extravaganza, with flying axes to the skull, shocking scalping, rape, and all sorts of flying weapons thrust into the camera for the added effect. Sometimes the movie succeeds at what it sets out to do, while other times the movie seems like a gimmick. The climactic fight is worth watching the entire movie for, though, and it doesn’t disappoint. From director Mei-Chun Chang, who did another 3D martial arts movie called Dynasty, this one is a keeper.

Kino Lorber recently released Revenge of the Shogun Women onto Blu-ray, and it’s presented in a restored version, and offered in 2D, and two different types of 3D, and even comes with a pair of 3D glasses. It was restored in 3D by the 3D Film Archive, but sometimes the movie has a very blurry, out of focus look to it, but there’s a disclaimer at the beginning informing that the restoration was very difficult and that the elements were damaged, and therefore was restored to the best quality possible. I’m happy with the results. Also included on the disc are three 3D bonus short films. 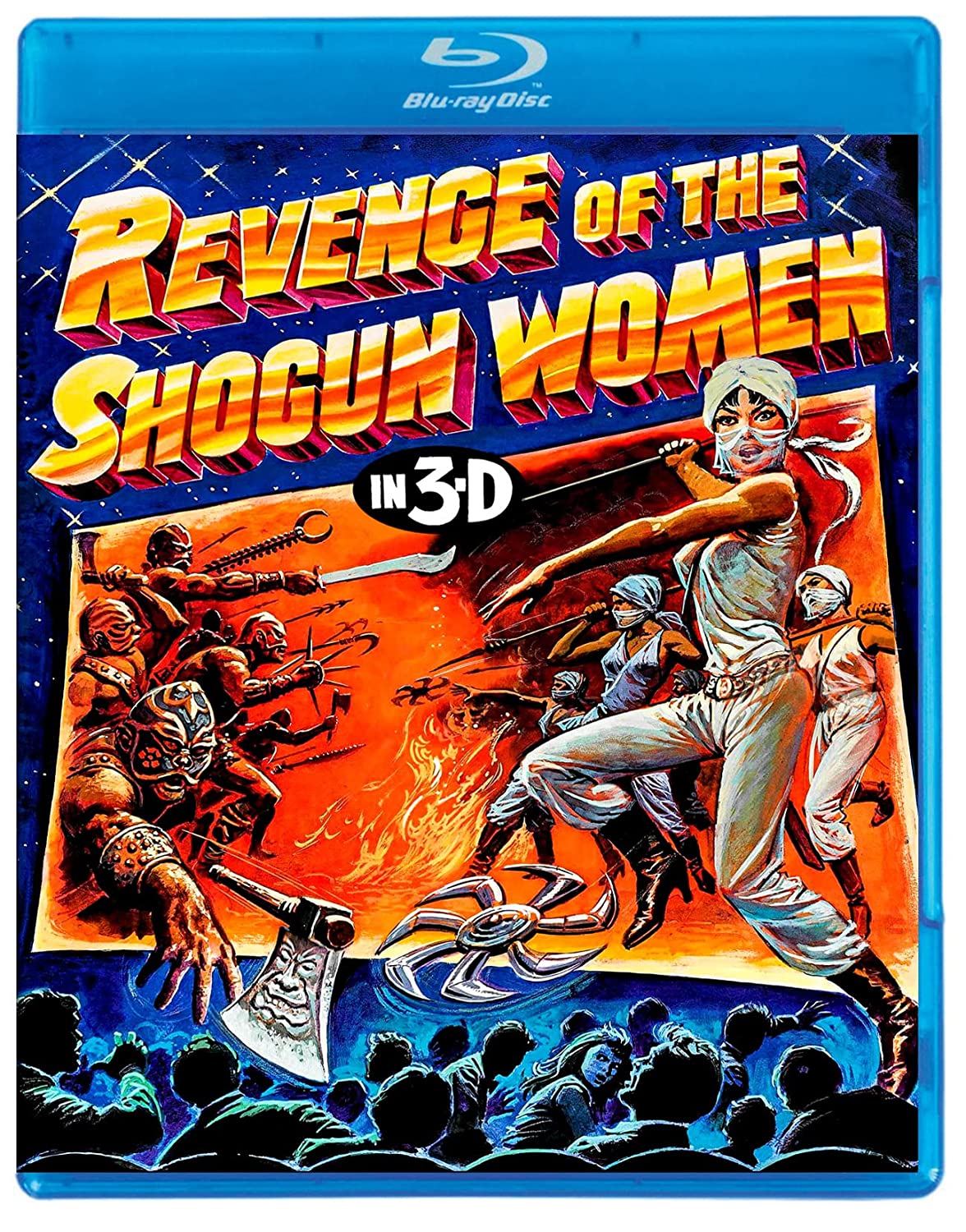