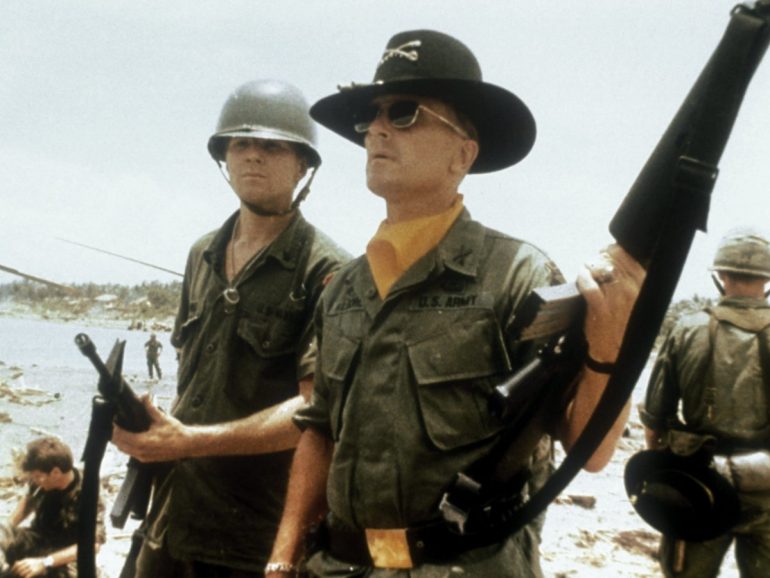 Whether you prefer the original or Redux, everyone can pretty much agree that the 2019 Final Cut is the overall way to go. Don’t believe me? See it I dare say!

Plot: Adapted by John Milius (Dirty Harry) from Joseph Conrad’s 1899 anti-colonial novel, Heart of Darkness, with a noirish voice-over narration written by Dispatches author Michael Herr, this is a loosely adapted retelling of the story while retaining the same themes. This action-war-mystery is set in late 1969 depicting the ruinousness of U.S. intervention in the Vietnam civil war, as well as the wholesale Americanization of the battleground with groundbreaking technology, showbiz, paranoia, drugs and rock n’ roll. 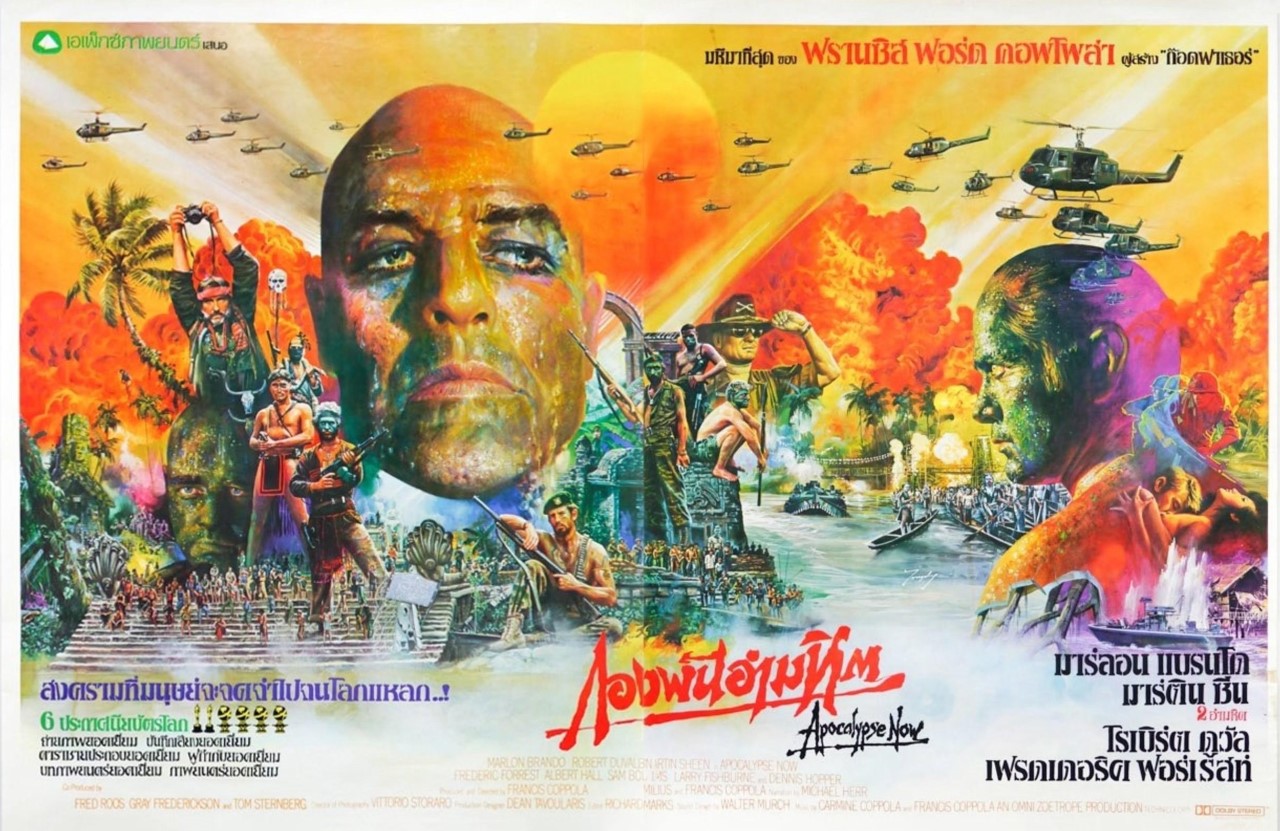 The 1979 original cut:
This two and a half hour film, in addition to having notable roles for its then unknown cast (which also included the rising stars Harrison Ford, Dennis Hopper, Robert Duvall and Scott Glenn), shows a madness both mirrored by its often reported troubled behind-the-scenes production and its powerful insight into the Vietnam war and using its sometimes overexaggerated imagery to complement the characters losing their mind and soul during this continually difficult suicide mission. The mission itself feels like a wink to The Dirty Dozen while also satirizing various other patriotic war films of other eras. Col. Kurtz, despite portrayer Brando having been a beyond difficult cry-baby to have to work with behind the scenes, is perfectly captured as a killing machine turned cult leader. His brainwashing and inexplainable psychotic nature absolutely mirrors that of Orson Welles in the rediscovered classic film Touch of Evil.

There had already been brutal interpretations of the Vietnam War such as The Boys in Company C and The Deer Hunter as well as fun propaganda flicks like The Green Berets (which the making of this film in Vietnam is even satirically mentioned), but none of them were arguably as visually intense and haunting as this film. The film comes recommended for not having a political agenda nor having any scenes that drag, despite its rather long runtime. Looking back at it nowadays though, some scenes feel like they end just as they’re beginning or feel slightly incomplete (more on that later) so I don’t exactly recommend this as the first version you see of this classic film

The workprint:
Here we have a 5.5-hour unofficial cut of the movie and it doesn’t really merit being called a “movie” per say as most of it consists of montages of alternate takes, B-roll and other extended time-coded scenes with sometimes inaudible dialogue due to not being fully dubbed in yet. Nonetheless, it is worth seeing but if you are hesitant then either fast-forward through some of it or see the main extended scenes that do actually interest you. Most of these scenes can even be found on YouTube and only if you like what you see do I recommend you use your resources to find a copy.

Of the scenes that were really gripping, definitely recommend the complete uncut helicopter raid, extended Willard mental breakdowns, Glenn’s Lt. Colby character being shown as brainwashed by Kurtz and then shockingly killing Hopper’s journalist character, a scene where Kurtz mocks Willard in one of his prison cages by telling him how his mission is all in vain by being another pawn sent by the clowns in Washington, D.C. and the often-talked about end Kurtz compound explosion (which initially made its way into earlier copies of the 1979 release its opening week by accident). Near the end, The Door’s “When the Music’s Over” plays during the final scene which consists of Willard killing Kurtz’s men unemotionally while en route for the final fight with Kurtz himself. All of these would’ve been welcome in any cut of the movie given how gripping they each are and adding to the overall intense feel of the film but obviously might’ve slowed the overall film down one way or the other I guess.

What other scenes are included that frankly don’t work and I’m glad were omitted include: more alternate takes of the CIA briefings, more scenes with Bottoms’ character being a trigger-happy douchebag who also becomes brainwashed by Kurtz and the killing of a wild boar Kurtz’s natives (which infamously was unsimulated). Some of these scenes are just plain annoying and truly deserve to be deleted while others come off as something far more welcoming in a trashy Filipino or Italian B/Z-grade trash fest, not a very calculated psychological warfare film. Overall, while much of this will leave people shrugging their shoulders and figuring that its deleted for a good reasons, the scenes that are awesome still are worth seeing for die-hard fans of the film, especially with the ‘70s rock playing over some sections of this edit.

The 2001 Director’s Redux:
Virtually the same film that was released back then, Coppola reconstructed some extra insight into some key scenes by either shortening or extending them while also adding subplots (seen partially in the workprint) like a French plantation segment and some Playboy Playmates visiting overseas who Willard and the crew get romantic with. The former subplot greatly allows the film to show another culture’s take on the Vietnam War while avoiding the political discussion in the other deleted scenes that would’ve been too much back for its respective time and gone against Coppola’s attempt to keep the film non-political. I can understand why some might take issue with the sexual content as it’s rather emotionally distant and feels half-developed because while Coppola’s s partially successful at showing the hidden lust underneath the warrior that is Willard, it does slow down the film a tad bit.

Overall, a lot of these nitpicks feel rather minor and I considered (until now; stick with me) this to be the rather superior cut if the film for most of the other seamlessly extended moments. If anything, this 3 hour and 16 minute version showed that the film could still be properly remastered and greatly appreciated after all these years. 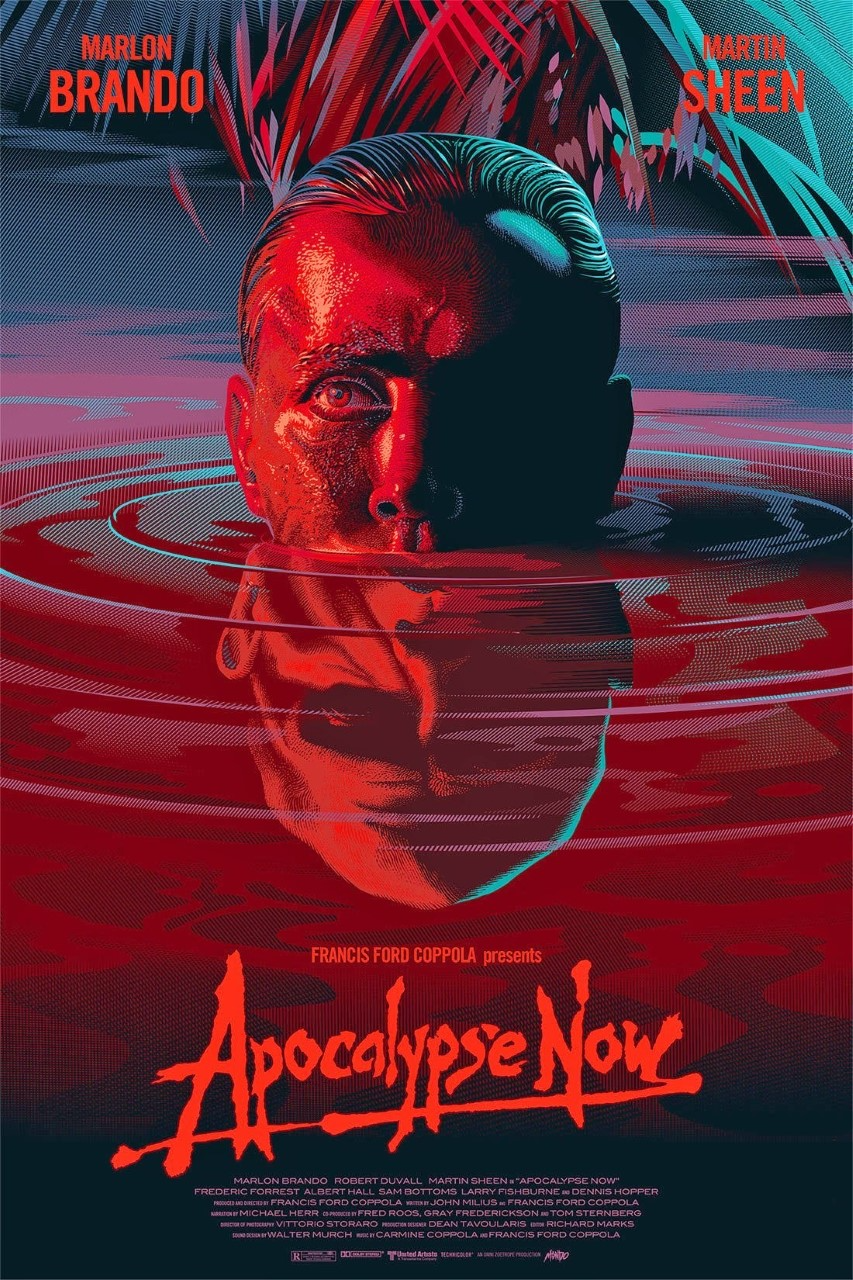 The 2019 Final Cut:
So here we are in 2019 with another edit of the film. This really came out of left-field but Coppola did justify it by timing it with the 40th anniversary of the film while also being much shorter at 3 hours and 3 minutes. He also didn’t chicken out and allowed the film to be recirculated at various festivals and in IMAX.

Here, he trimmed some of the other filler and even shortened the French plantation scenes and omitting the often-criticized Playmates subplot because he didn’t feel like it served as big a purpose anymore as it did when he first recut the film. It might sound like I’m kissing butt here but I really felt like this was a labor of love here. Ridley Scott has often cashed in too many unneeded director’s cuts and George Lucas has done more world building with his Star Wars special editions only to be too often undermined by the bad Jabba the Hutt CGI but here Coppola at least once again went through the original preserved film reels, just made more trimming while enhancing the picture quality.

Honestly, I’ll take something that flows better any day over cheap modifications. When I think of a good enhancement to an already well-established film, I think if the Lord of the Rings trilogy’s extended cuts and the digitally cleaned up and blooper correcting Terminator 2: 3D. And here instead of this being a studio butchering a movie for its theatrical run and later releasing it as “Unrated,” we instead got a best of all worlds take.

Coppola has sometimes been outspoken and without a hit film for more than 20 years so I can’t blame him for wanting to more than maintain his winery business and overlook his kids’ film careers by enhancing his original hit films. And much like how well-done and received the various official edits of The Godfather trilogy were, this falls into the same boat. Regardless of one’s preference or if you preferred the original or Redux cut, I can honestly call this the perfect compromise. It is being called a whole different movie for a reason and it’s more than just a gimmick. Think of it as the final complement for a much beloved work of art. When you keep the added details but cut out some of the less popular add-ons and spend more time on the enhanced sound and picture quality, you get a bigger winner. This isn’t just number one; this is the legend who all winners want to measure up to.