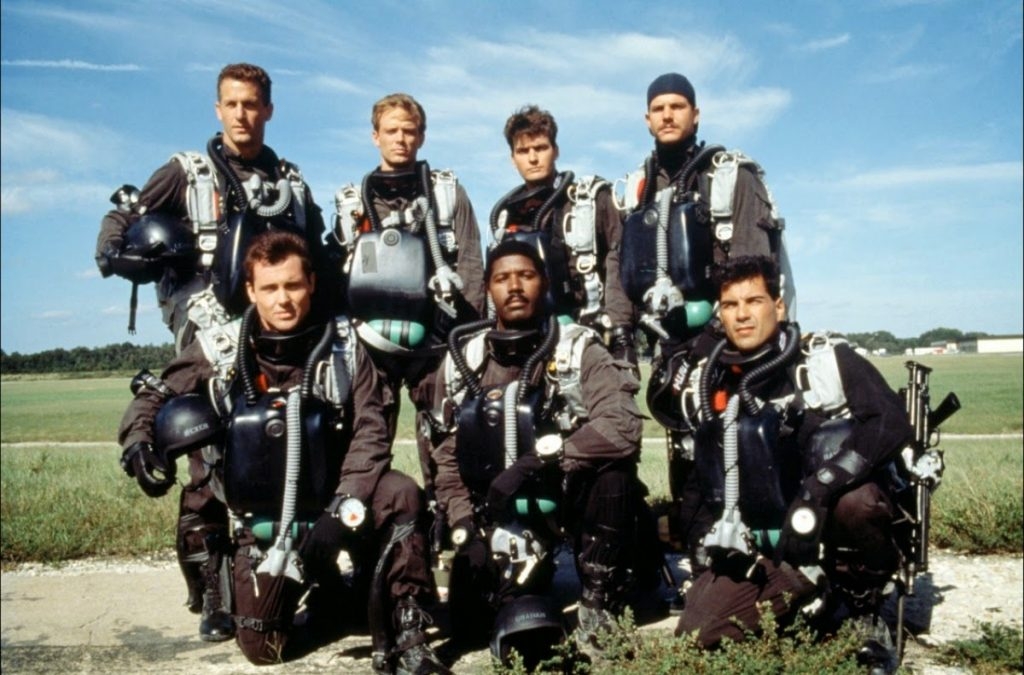 When I was but a small boy, action movies were my go-to film experience. Like most children of the 1980s, I was spoilt for choice when getting my action kicks. However, my young mind didn’t need a lot to be pleased. Which brings me to “Navy Seals”, a movie that I loved on VHS in the early 1990s.

I recently decided to sit down and watch Navy Seals again, for the first time since at least 1998. Unfortunately, time has not been kind to the Lewis Teague directed actioner. Time can bring many improvements, such as making music and movies easier to get from services like Netflix and Spotify, or transforming the gambling industry with platforms like Netbet casino games. For Navy Seals, time had the opposite effect.

That’s sad because it has a stacked cast including the always excellent Michael Biehn, Charlie Sheen (when he gave a damn), Joanne Whalley-Kilmer, Bill Paxton, and Dennis Haysbert.

Frankly, I found the movie a chore, boring, and too serious for its own good. And no, it’s not because I have become some kind of action movie snob. I love 80s action schlock such as The Delta Force even though I understand now that it’s not really a great movie.

So, what’s the problem with Navy Seals? Well, let’s tackle some of the problems I found in the movie during a recent watch.

Trying too hard to what?

Just about everything is the answer. Navy Seals is trying too hard to be like other 80s action classics, most notably Top Gun. For example, the scene where the team winds down after a mission is very reminiscent of the (infamous) Top Gun volleyball scene. It shows the Seal team goofing off, having a good time, and is even complimented by an over-the-top rock song (provided by Bon Jovi covering Thin Lizzy’s “The Boys Are Back in Town”).

Whereas Top Gun’s scene manages to be cheesy fun over Kenny Loggins’ “Playing with the Boys”, Navy Seals is laboured and forceful in trying to show the protagonists. I found it frankly embarrassing, not least because they were playing golf (sorry all you golfers out there).

Or boring plot may be more accurate. The stakes never feel high as the Navy Seal team hunt for missiles that they had the chance to destroy at the start of the movie but didn’t. Claire Varrens (Whalley-Kilmer) is shoehorned into the wider plot because she once interviewed the leader of the terrorist organization.

What follows is Seal team leader James Curran (Biehn) attempting to woo Varrens to get more information. This includes giving her a tour of the Navy Seals base because reporters are always allowed onto military bases. Yes, I get it, this is a fun action movie and I can get past these things most times, but not with Navy Seals.

This plot is really stupid and oftentimes a really stupid plot can make for an excellent action movie. Sadly, Navy Seals is largely undone by how boring it is. All the actors are so earnest, playing their roles as if this is a highbrow dramatic work. Occasionally the movie tries to get deep about a message on war, while all the time the Seal team is mowing down bad guys like it’s Call of Duty. I want ridiculous in this kind of movie, but instead I got a po-faced movie.