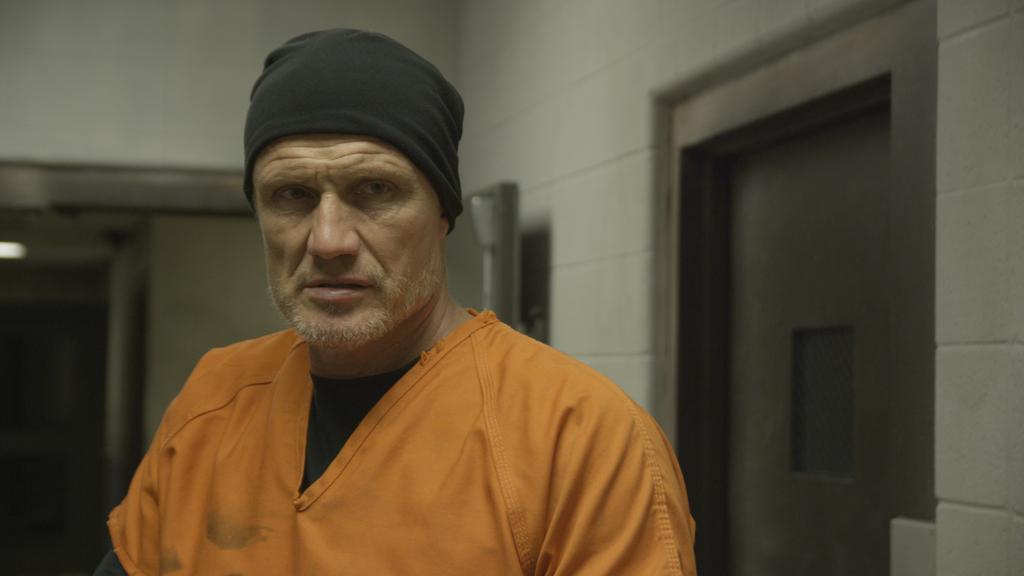 Fans of Lundgren should get what they’re after, but it’s worth noting that he’s transitioning into “character” roles rather than just forging on with the sort of thing he’s so well known for.

Synopsis: Copper Jack Stone purposefully orchestrates a bank robbery in order to be thrown into prison with the notorious Russian kingpin Balam. Balam is more than just a mob criminal; he’s a very cunning and dangerous lord who controls the police force from behind bars. Balam lives in prison as a cover for his real power, which is King of the city. His cell is a lavish private room built specifically for him, inaccessible to most in the depths of the prison structure. Even the warden fears venturing into his area of the prison. However, even surrounded by his loyal henchmen and guards in his sectioned off fortress, Balam doesn’t know Jack is coming for him to avenge his family, who Balam murdered in cold blood. Balam is tough… but Jack is tougher.

Review: Jack Stone (Matthew Reese) – a cop and a family man – is thrown into prison for murdering a fellow officer. We see it happen: He plows into the guy, throwing them both over the ledge of a parking garage and splat! Jack uses the guy as an air bag. We learn that Jack was a good man and a good cop, and some of his fellow officers were working for a scumbag named Balam (Chuck Liddell), one of those kingpins who runs the show even though he’s incarcerated and living behind bars. When Jack gets thrown in the slammer, it’s going to be tough for him because the whole place is a den of miscreants who work for Balam. Beatings and backstabbing are a daily occurrence, and so it’s a good thing Jack gains an ally named William (Dolph Lundgren doing something different with his acting, which is cool) who is willing and able to watch his back.

On the flipside, there’s a female prisoner named Alena (Danielle Chuchran from Curse of the Dragon Slayer) on the other end of the prison block who’s kind of going through her own trials and tribulations. She’s a tough Amazon warrior who can kick, throw, and slam any inmate who comes at her, but as it turns out she’s got an agenda going with all of her roughhousing. She wants to end up in the infirmary so she can get loose and go on a secret mission in the chaotic prison. She’s actually in cahoots with the unassuming inmate who’s got Jack’s back, and with William and Alena on Jack’s side, things just might turn out okay for him in the end … even after a balls-to-the-wall prison riot that has William single-handedly taking out an entire squad of combat-gear-ready prison guards.

From director John Lyde (who did the superior action/apocalypse/fantasy films Survivor and Curse of the Dragon Slayer), Riot is a showcase for relative newcomer Reese and actress Chuchran, who both give incredibly physical performances that require them to get all kinds of beat up, while doling out different shades of smackdowns. Lundgren, who is the seasoned vet and action star of the piece, has an interesting and nuanced role that allows him to warm up to the proceedings that happen all around him, and I wouldn’t go so far as to call this his Cop Land, but he does something with his physicality early on through towards the end of the picture that we haven’t really seen from him before. He worked on developing for himself a character that was more than just written on the page. That said, this movie isn’t a movie centered just around his personality or persona. He gets heavy with the action, sure enough, but this movie belongs to his costars just as much as it belongs to him and their director Lyde. Fans of Lundgren should get what they’re after, but it’s worth noting that he’s transitioning into “character” roles rather than just forging on with the sort of thing he’s so well known for.