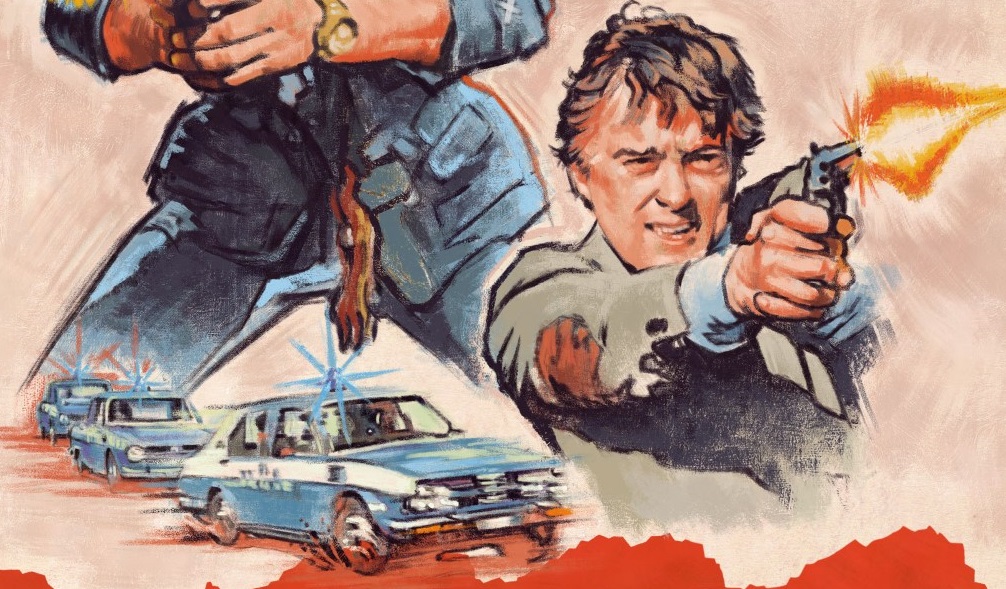 Arrow’s two-disc set of Rogue Cops and Racketeers comes in a sweet hardback shell slipcover for the two movies, plus a thick essay booklet about the films. This is a limited edition.

Plot: Two rogue cops – one of whom goes deep undercover – take down the heroin trade in Rome.

Review: The heroin trade is out of control in Europe, and two Italian cops take it upon themselves to bring it all down. Renegade cop Fabio (Fabio Testi) teams up with Interpol agent Mike Hamilton (David Hemmings) to do whatever it takes to make sure the trade crashes and burns, rules be damned. Fabio goes deep undercover, and when he’s in jail with a drug addict, he impresses the addict and that gets him an audience with a drug cartel who gives him a little leeway as a dealer. As Fabio works his way up (or down, depending on your perspective), he gets closer and closer to the big boss. Meanwhile, Mike gets himself in hot water when he finds himself at the center of a big gun down and almost gets himself killed, but Fabio saves his bacon. A finale involving two airplanes flying under bridges caps this otherwise action-packed thriller.

Motorcycle chases, subway shootouts and relentless foot chases fill The Heroin Busters to the brim, and Testi (who looks a little strung out due to his character spending a lot of time with lowlifes) really puts forth his physicality to the role. A scene where he runs up a massive flight of escalator stairs and then uses the slick raining to slide down it to kill an assassin chasing him is a highlight. Enzo G. Castellari directs this straightforward poliziottesco film, and fans of the genre will get their fill.

Arrow Films has restored this in a new 2K transfer from the 35 mm negative, and there are two language options: Italian and English. There’s a new audio commentary by film critics, plus a new video interview with Castellari and another one with Testi. There are more bonus features, including a career retrospective documentary with the composers Goblin, the trailer, an image gallery, and more.

Plot: A cop goes ballistic when his partner is killed by a gang of racketeers and he’s told to back off the case.

Review: Undercover cop Nico Palmieri (Fabio Testi) is doing his best to clean up his neighborhood while on duty, but a ruthless gang of racketeers bully local business owners into paying increasingly exorbitant “protection” money. It gets so bad that the business owners become desperate when not only their livelihoods are put on the line, but when their families are put at risk if they refuse to pay. In a moment of weakness, Nico isn’t careful enough when he follows the gang to their meeting place and they gang up on him and destroy his car and leave him for dead, and taking it personally, he goes directly to the targeted business owners to join him as star witnesses, but his plan backfires big time when the daughter of one of his witnesses is brutally raped and murdered by the gang. Nico’s superiors tell him to back off, but he and his partner only become more intrepid as a result. When his investigation leads to a massive shoot-out, Nico’s partner is killed, but a bystander (who happens to have a shotgun on him after a skeet shooting competition) steps in and saves the day and is a huge boon to Nico’s survival at that crucial moment. When the good Samaritan’s name gets in the paper for his brave deed, the gang retaliates and rapes and murders his wife, propelling him into a deep funk. Nico is fired for his work off the books but instead of just eating what he’s been served, he gathers all of those individuals who’ve been wronged – including the destitute father and the grieving husband – and they form a vigilante group with only one purpose: Kill the racketeers and all of their leaders at the same time … but first, they’ll need a plan.

The Big Racket from director Enzo G. Castellari is a hard-hitting action film that is pretty unflinching when it comes to its shocking violence, and it feels a little like a Death Wish-type film with borderline unhinged heroes willing to do whatever it takes to get revenge at the center of it. While the movie works pretty well as a vigilante film, it also strikes pretty hard as a Dirty Dozen-style mission movie. Its scenes of rape and torture are no fun, but if you can get past that, the movie is a very solid poliziottesco picture.

Arrow’s new Blu-ray edition of The Big Racket comes in a new 2K restoration transfer with newly translated English subtitles. There’s a new audio commentary by film critics, plus new interviews with Castellari and Testi, and much more. 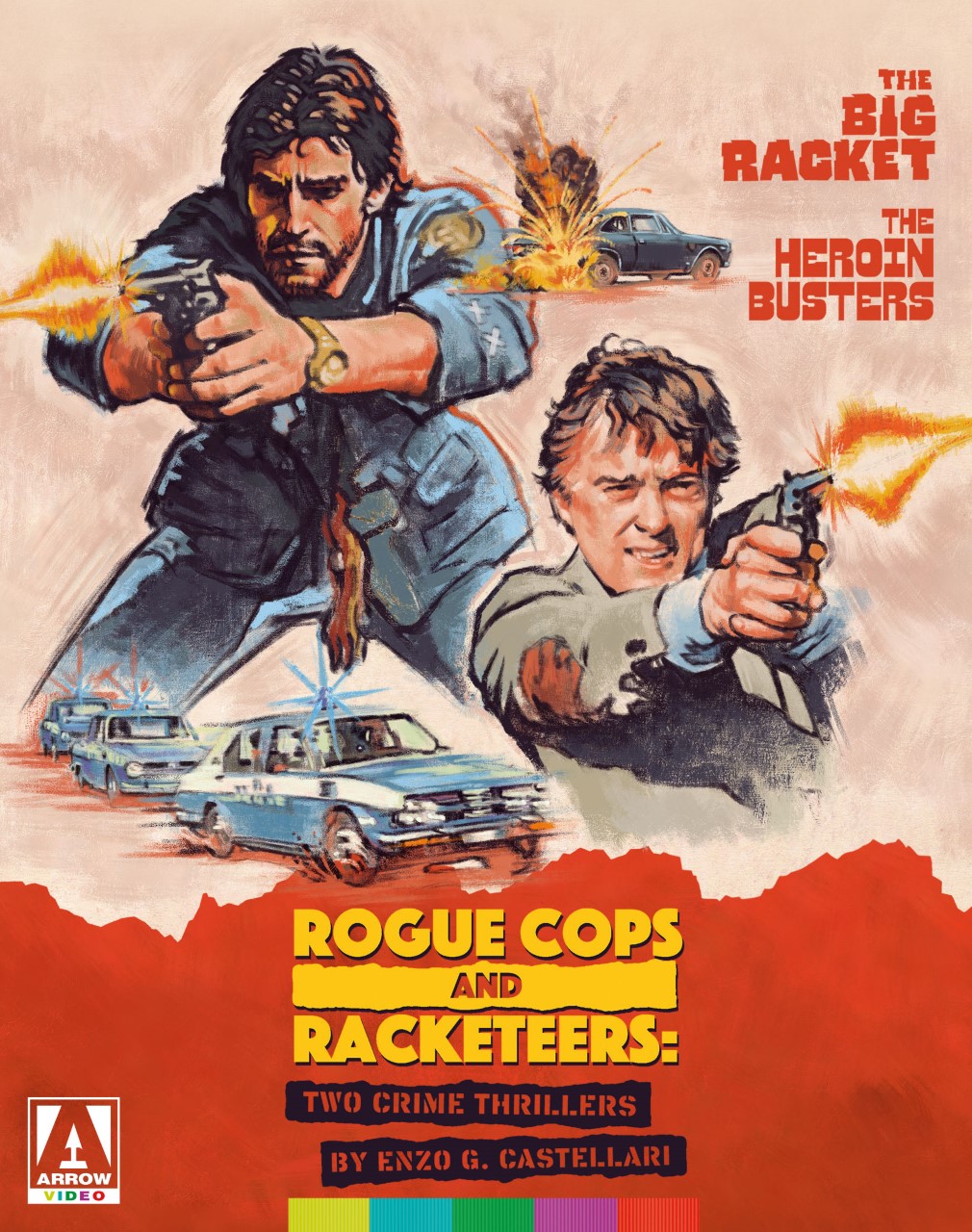