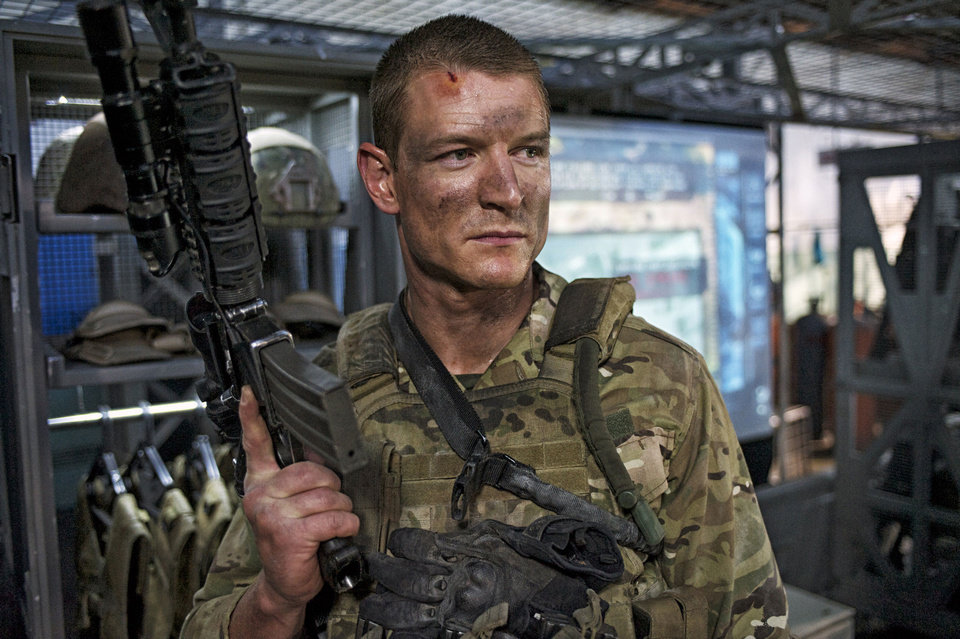 NBC’s new television program The Player marks the return of 80’s and 90’s action, but retrofitted for the small screen, and it also heralds the return of action superstar Wesley Snipes, while showcasing actor Philip Winchester from Strike Back in a lead role.

Winchester, who participated in this interview with The Action Elite at 2015’s San Diego Comic Con, discusses his character and what drew him to the project.

What has it been like for you to work with Wesley Snipes?

What has been neat is that there was a reason why he was such a big action star of his generation. He’s not just an action guy, but he’s a hell of an actor. We would work scenes out, work out the blocking, and just the way he worked in the ensemble and how he approached the work … it was really great for me. I was a huge fan of his growing up. Any time you work with someone you were a fan of and they’re real people like you and they work hard … it’s amazing.

Talk a little bit about your character in The Player.

Alex is an ex-FBI systems analyst who has a very dark past. He opens a security firm in Las Vegas. He’s hiding from the darkness of his past. We were discussing in the pilot that he has an addiction. He’s addicted to violence. It’s a fix he gets. He realizes that he’s pretty good at being the guy who smashes in the door, but not so good at being the guy who asks the questions. If you can remove all the layers of the politics and the red tape, and cut to the chase, Alex is really good at what he does. He goes rogue for awhile, lands in Vegas with his wife, and he gets wrapped up in the high concept conspiracy where gambling is a high concept sport.

What was it about this project that appealed to you?

It’s smart writing. You’ve got broad characters doing real things in real situations. It brings back 80’s action. I remember growing up and watching those movies, and it was really them getting hit and taking the falls. They rode the bikes and they were the ones in front of the explosions. I just came off a show called Strike Back where we did that, and we really want to capture the danger and that aha! moment we always tried to have, and we brought that over to NBC in front of a bigger audience. If you want to join us every Thursday night, this is what we’ll give you. We can gain the respect of a really smart audience. There are so many choices out there, and it has to be kick-ass. It’s gotta be good, and it’s gotta be different, and that’s what we’re working on.

One of the things we discovered in Strike Back is that action for action’s sake is just boring. If you’ve got a bunch of guys beating each other up and never getting hurt, the action doesn’t matter. When the hits hurt it’s when you’re invested in the characters. When they have something to lose, the peril goes up ten notches.

What differences would you pinpoint in shooting for Cinemax and NBC?

It was a similar vibe in terms of shooting a whole bunch of stuff quickly! I was on Strike Back for four years. We were a family. We ate together, we bled together. We barely got the show done together. It was birthed out of pain and suffering. What was great about NBC was the collaboration and help. They were always there to say, “What do you need? How can we make this better for you?” On Strike Back, I was like, “I got this, I got this!” I was just surviving. With NBC, they were like, “It’s okay to ask questions!” To have that safety net was comforting.

Was it hard for you to move on from Strike Back?

It had been a part of my life for four years, so it was a little hard to put that to bed. My character in The Player has threads of my character from Strike Back. They both have great backgrounds and have a bad-ass approach, but my new character Alex gets stuff done because of his tenacity. Stonebridge from Strike Back was a machine, a soldier. And he had backup. Alex in The Player is by himself. He’s the John McClane. I keep trying to bring John McClane out of this character.