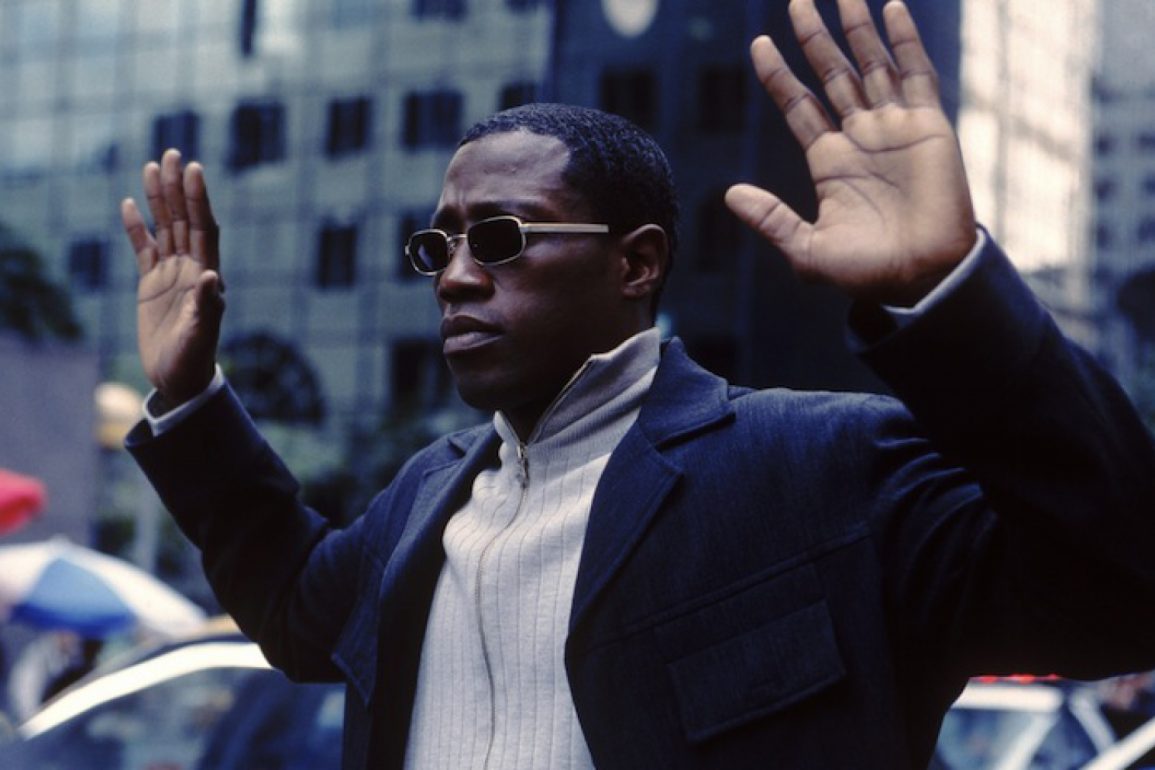 Action superstar Wesley Snipes is back on NBC’s new show The Player, from the producers of The Blacklist, and as the enigmatic character Mr. Johnson, Snipes will be bringing his talents as an actor, as well as his accomplished skills as a martial artist to the forefront.

In this interview with The Action Elite at 2015’s San Diego Comic Con, Snipes discusses his next frontier as he makes his transition to the small screen:

I’ve got to say, man, that it’s great to have you back. We’ve missed you.

You were great in Expendables 3.

Yeah, that was fun. I tried to add a little bit of comedy to it.

You going to be in the next one?

Yeah, from what I hear. My character could be blown up in a car accident – he died in a car bomb!

You’re best known for your action films, but you’ve also done dramas and comedies, and now you’re moving into your first television show. Talk a little bit about your transition to T.V.

This one affords me the opportunity to explore all of those genres. There will be some high, dramatic action, some emotional scenes, and some opportunities for comedy as well. There will also be some martial arts in this piece as well. Then I get to play different characters, use disguises. I’ll see if I can create a real library of interesting characters, even if they’re only in one episode.

It’s fun for the actor in me. It’s like repertory theater classes. I wanted to do this, but I never got the chance to pull it off. I like that there are do-overs in television. If you don’t get it right in episode 2, you can get it right on episode 4 or 6. It’s intriguing to me as a theater guy. I like the prep and I like to develop the character. I like getting into characters in a deeper way.

Do you like playing a character like this where you don’t really know what’s coming for you from episode to episode?

Yeah, because you can explore your full range of your talents as an actor. You have to be just as convincing as the bad guy as the nerd or the tech guy or the non-aggressive type of character. It’s a nice challenge for me. You have eight days to do it for each episode.

How would you compare your character in The Player, to say … Blade?

Oh, he could definitely go toe-to-toe with Blade.

Talk about the action aspects of the show. This is what your fans are expecting.

We are bringing what we do in feature films to the small screen. We’re keeping it as emotionally engaging and as visually dynamic as possible. I’ll be bringing a couple of my martial arts buddies to the table. We’ll be adding both male and female martial artists to the show. This is pure popcorn entertainment.

What martial arts styles and disciplines would you like to bring into this show?

This show is set in and around Las Vegas. Are you much of a gambler?

The biggest gamble I’ve made is pursuing an acting career. Other than that, I’m not a gambler. I lost my Sunday school shirt money at three-card Monte at 125th Street, and I’ve been traumatized ever since!