Worth watching for Al Leong in a larger role than we’re used to this new Blu-ray of Savage Beach will also please Andy Sidaris fans for the usual reasons.

Plot: On their way to make an air delivery, two drug enforcement agents will need to do an emergency landing on a remote island, rumoured to have a gold treasure.

Review: Federal agents Donna (Dona Speir) and Taryn (Hope Marie Carlton) are back for another action adventure that takes them to the South Seas. Their plane crashes on a deserted island, which happens to be the very island that some buried Japanese gold is hidden, and a Japanese soldier held over from World War II has been guarding the island all by himself for decades. In the meanwhile, a revolutionary named Martinez (Rodrigo Obregon, who played another character in Hard Ticket to Hawaii) has set his sights on claiming the gold for himself to fund his revolution in his country. But that’s not all! Some U.S. Naval Commandos also get themselves on the island to claim the gold for themselves, AND some terrorists get to the island to get the gold before anyone else. The island gets busy with action and skinny-dipping.

The fourth film in Andy Sidaris’ franchise of “Bullets, Bombs, and Babes,” but only the third to feature Playboy Playmates Speir and Carlton, Savage Beach is notable for featuring a big role for stuntman / action star Al Leong, whose role in the film might be one of the biggest he ever got to play. He dies a death by impalement, but Sidaris used him again in one of the next sequels Hard Hunted. In addition to Leong, James Lew appears in Savage Beach. That said, if you’re watching these Andy Sidaris movies because Al Leong or James Lew are in them, you’re clearly watching them for the wrong reasons. Enjoy!

Mill Creek continues their hot streak in restoring Andy Sidaris’ 12-film series, and this new batch includes both Savage Beach and Picasso Trigger. This one is presented in a 4K restoration and ports over previous DVD special features, including a audio commentary, a behind the scenes feature, and trailers. 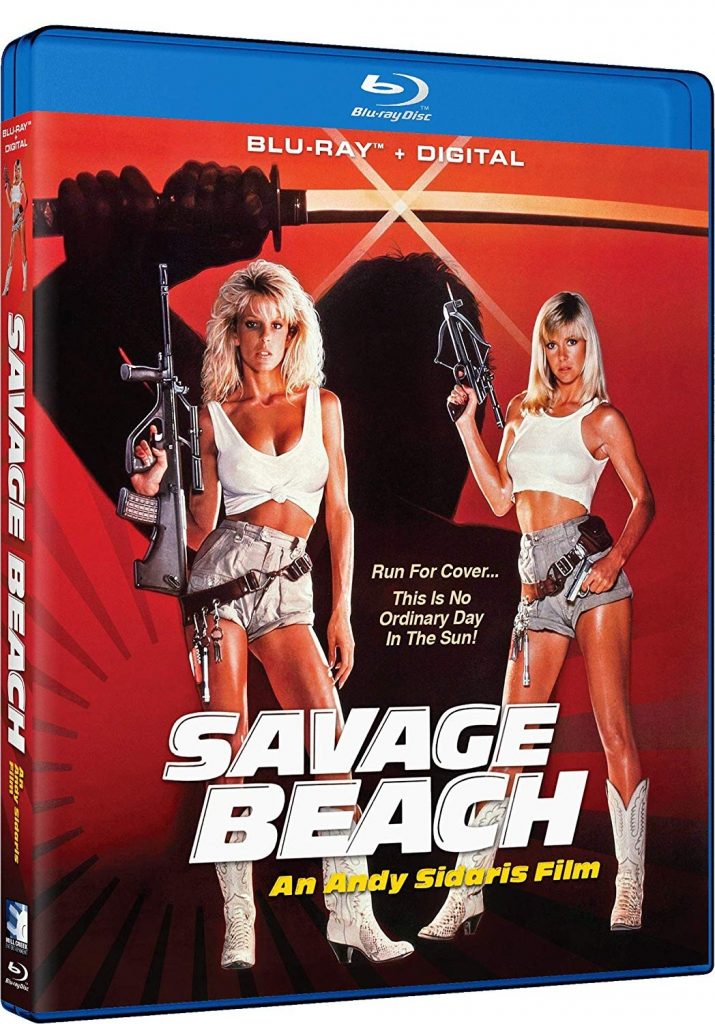