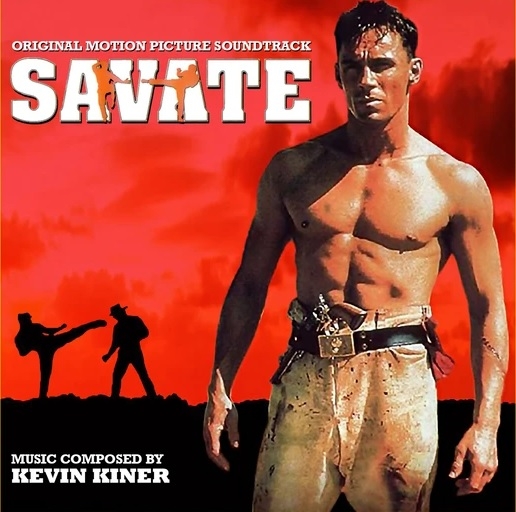 Fans of Isaac Florentine and of Oliver Gruner should be delighted to finally be able to own Kevin Kiner’s score to Savate.

Review: An unexpected surprise this past week came from the soundtrack record label BSX, which released a slew of fun soundtracks for action and martial arts films, one being the score to Isaac Florentine’s way-under-the-radar Savate from 1995, starring martial arts stalwart and real-deal action star Olivier Gruner. Gruner, as you should know, was a real-life French commando turned kickboxing champion turned action star who has since gone on to become a helicopter pilot and bodyguard to high end clients. Can you imagine having Oliver Gruner from Nemesis being your bodyguard? Heck yeah!

The digitally released score to Savate by composer Kevin Kiner (who would go on to do much higher profile projects like Star Wars: The Clone Wars and Star Wars Rebels) is so good that it’s a shame it didn’t get a CD release. Kiner’s work here is reminiscent of Ennio Morricone’s infamous and iconic spaghetti western scores, but it has a definable ’90s electronic aesthetic that is incredibly appealing to fans of the era and of the genre. If you’ve seen Savate you’ll know what kind of movie it is: It’s a kickboxing western, with Gruner playing a foreign legion officer who goes AWOL in the US Wild West. There’re western motifs, kickboxing, and super bad guys (Marc Singer plays a villain with a monocle). What a great playground composer Kiner had with this movie, and the score reflects the fun he must have had dishing out some exciting and twangy electronic spaghetti western riffs.

Fans of Isaac Florentine and of Oliver Gruner should be delighted to finally be able to own Kevin Kiner’s score to Savate, and if you’ve been paying attention, then you’ll know that neither Florentine or Gruner’s films are well represented in the soundtrack world. The only other soundtrack you can get of Gruner’s filmography (that I’m aware of) is Michel Rubini’s score to Nemesis, so this is a real treat.