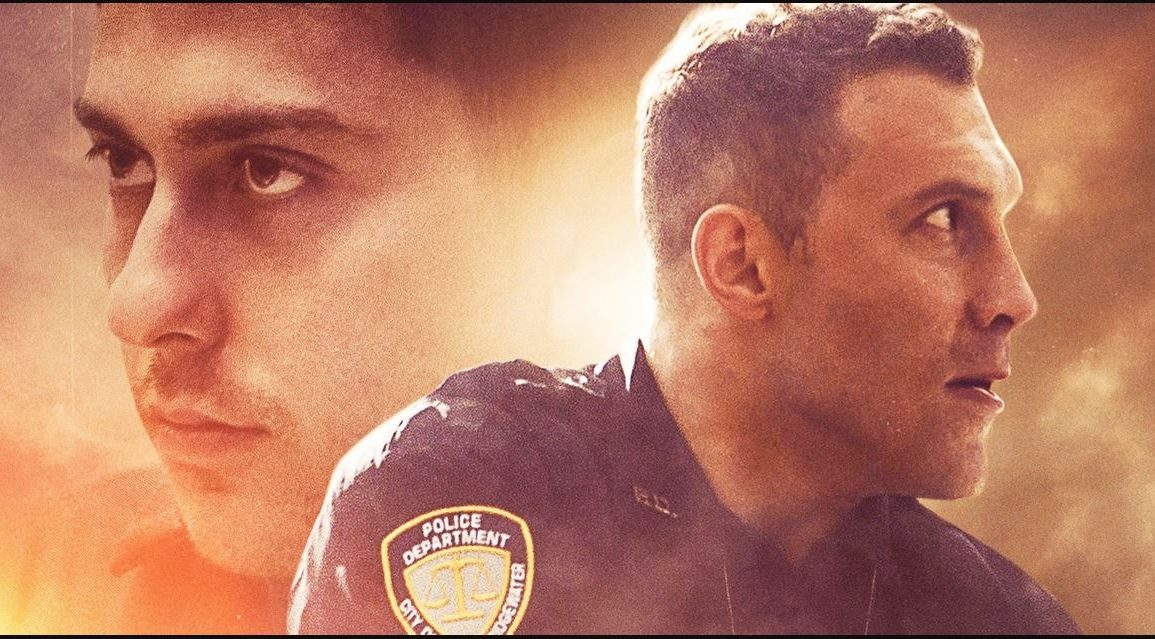 Strong direction and great lead performances make the surprisingly emotional SEMPER FI worth seeing by anyone who enjoys films about the bonds of brotherhood through difficult circumstances.

Plot: When his reckless younger brother is given an unfair prison sentence, a marine reservist is torn between his by-the-book code and loyalty to family.

Review: “Semper Fi” is the motto of the US Marine Corp. The phrase, translated from its original Latin, means “always loyal”. Loyalty to a country is the most obvious implication but there is deeper meaning in it… loyalty to ideas of right and wrong… loyalty to those you stand with either by choice or by blood.

In SEMPER FI, Academy Award-nominated director Henry-Alex Rubin (MURDERBALL) examines that deeper meaning. The film, which he co-wrote with Sean Mullin (AMIRA & SAM), a former captain in the U.S. Army, tells the story of a young group of marine reservists who are getting ready to be deployed overseas to the Middle East. Before they can ship out though, tragedy strikes when one of their own, nicknamed “Oyster” played by Nat Wolff (THE FAULT IN OUR STARS), is arrested for manslaughter after an accidental barroom altercation. He is brought in by his policeman older brother and leader of their reservist team, “Cal” (short for “Callahan”) played by Jai Courtney (SUICIDE SQUAD). Cal and the rest of the team go on to combat while Oyster receives an unfairly harsh prison sentence. Once the team returns home. Cal discovers that Oyster is being abused by the staff at the prison where he is being held. Cal tries in vain to get his younger brother help. When all his attempts to protect his brother through legal means fail, he formulates a daring plan to break Oyster out of state prison, with the help of his former teammates, and ferry his brother across the border to Canada.

Henry-Alex Rubin’s history as a documentary filmmaker greatly adds to the feeling of authenticity in SEMPER FI. In the early parts of the film, he lets the relationship of the team take center stage. We watch them spend time doing mundane things like bowling, exercising, and drinking together. These scenes feel light and natural and go a long way in helping the audience become invested in the team before the plot progresses into more serious territory later in the film.

Once it does progress, however, the honesty of the situation is upheld beautifully by Rubin’s direction. The scenes of war and prison life capture how both can be extremely tedious experiences punctuated by moments of unexpected violence.  Rubin and Mullin’s script makes the parallel clear without ever being heavy-handed. It also would have been very easy to be exploitative with these moments in the film, but Rubin wisely keeps it grounded in reality – making the stakes of the latter half of SEMPER FI feel dire when the film embraces a more “action film” sensibility. The shift in tone from quiet drama to action thriller is subtle and feels utterly appropriate as the characters actions become bolder once the film ramps up the tension on the way to a surprisingly emotional finale. The work on display here by Rubin and Mullen is confident and designates them both as talents that audiences should be paying attention to.

Speaking of talent, quality directing, and a solid script does not mean much if the people in front of the camera don’t have the skills to pull it off. Luckily, the cast of SEMPER FI is up to the task. Jai Courtney was pegged for superstardom very early in his career, but most of the blockbuster films he took part in (A GOOD DAY TO DIE HARD and TERMINATOR: GENISYS, for example) fell flat, even though his performances were never the issue with them. Here, he does excellent work as the stoic but good-hearted Cal. It’s not a flashy role; Courtney disappears into it. Even his natural Australian accent is undetectable in the heavy dialogue scenes or emotional moments the film puts him in. The audience can understand why his friends decide to help him with his foolhardy plan and that’s all due to the believable work Courtney puts in. When the action beats arrive, he is equally as convincing as a trained soldier and man of action. Courtney’s work here in SEMPER FI is excellent and will likely serve to convince people that he can be the star he was earmarked to be.

Nate Wolff also does great work as Oyster. Oyster’s role in the film is to be a screw up yet still have the audience’s sympathies as he goes through his difficult journey. Wolff pulls that off at every turn. He has an honest charisma that causes the audience to care about him whether he’s joking around with the other characters or venting his anger and sadness about his situation.

These two great lead performances are backed up equally strong supporting work. One of the standouts of the supporting cast is Finn Wittrock (THE BIG SHORT), as a member of the team who was severely injured while on active duty with Cal but insists on helping with the escape plan anyway. It’s here in Wittrock’s character, nicknamed “Jaeger”, that we see another Interesting aspect of Rubin’s filmmaking choices – his view of disability. His Oscar-nominated film, MURDERBALL, is held up by many as one of the most accurate portrayals of young men living with disabilities ever committed to film. A continued dedication to honesty in that difficult subject is apparent here as well in the character of Jaeger. Jaeger is still committed, capable, and Wittrock plays the role with no attempts at sympathy due to the character’s condition. It’s a kind of character and performance that are not seen much in film, regardless of the genre, and Wittrock does a wonderful job with it.

Leighton Meester (GOSSIP GIRL) is the other standout as Clara, friend to Cal and the romantic interest of Jaeger. She brings a confident feminine energy to SEMPER FI that is needed when the cast skews so heavily male. She is the voice of reason through much of the film and she does very strong work with a role that could have easily been one-dimensional in the hands of a lesser actress.

SEMPER FI wears its heart on its sleeve. It is the rare action thriller that puts emotions above gunfire and car chases. While it does have those elements, what the film is most concerned with is leaving the audience with a deeply affecting story about how far people are willing to go for the ones they care about. SEMPER FI succeeds at that, easily. It is a touching film about true loyalty in the face of insurmountable odds that deserves to be seen.

Lionsgate will release SEMPER FI in theaters, on demand and digital on October 4, 2019