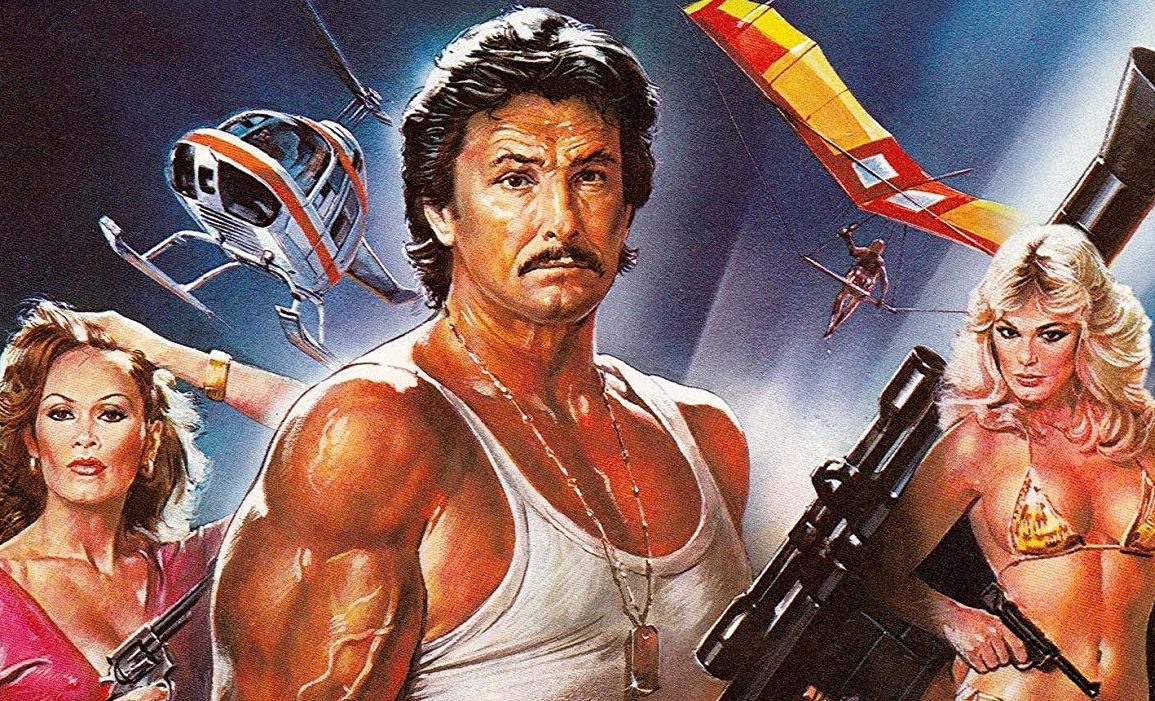 Seven has plenty of bullets and babes for any genre fan and Kino’s new Blu-ray has some great special features so if you’re a fan of Sidaris movies then this is a must have.

Plot: A government agent discovers a plot by a cartel of seven gangsters to take over the state of Hawaii. He hires a team of seven hitmen to stop them.

Review: A mercenary for hire named Sevano (William Smith in his prime) is tapped to lead a team of seven other mercenaries to quell a plot that has seven crime lords in Hawaii planning to unite and take over the island. The crime lords are taking hits out in broad daylight: diplomats are being hunted down one by one, and it’s up to Sevano and his team – a drag racer, a comedian, two gorgeous Playboy Playmates, a cowboy, and a martial artist (played by Kenpo master Ed Parker) – to stop the plot. They each divide and conquer, as it were, and even though they may not all survive the mission, you can best be certain that they stop the crime lords from achieving their goal.

From legendary director Andy Sidaris, who made a whole bunch of “Bullets, Bombs, and Babes” movies from the ’70s on into the early 2000’s, including classic stuff like Hard Ticket to Hawaii, Picasso Trigger, and Savage Beach (just to name a few), Seven was the real primer for what was to come later in his career. It sets the template and formula he became so good at: gadgets, guns, explosions, exotic Hawaiian locales, naked ladies (and the ladies here are simply gorgeous), and tough heroes, all set to a fun tempo. Seven is a ton of fun, and if you never got the chance to watch on VHS (it was part of Sybil Danning’s Adventure Video series way back when), now you can finally see it in widescreen HD, thanks to Kino Lorber’s brand new Blu-ray.

Special features include an audio commentary by Steve Mitchell, Howard S. Berger, and Nathaniel Thompson (all film historians), an interview with Andy’s widow Arlene, and the trailer.