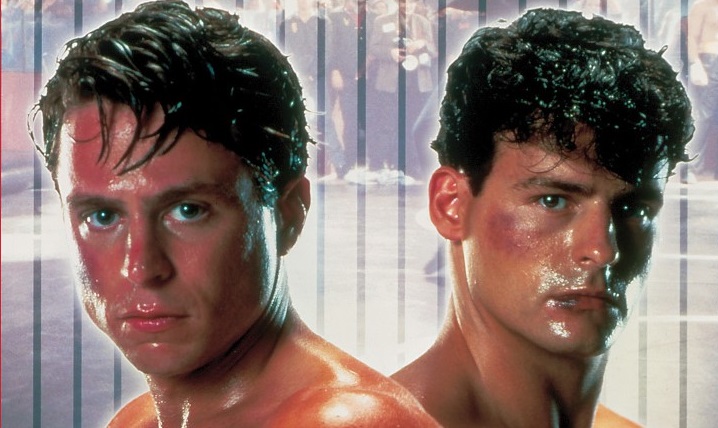 Showdown remains a massively entertaining fight flick and MVD’s new release of the movie has some great special features and is a must have for genre fans.

Plot: Ken has just moved from Kansas with his mother. He talks to a girl named Julie, not knowing that her boyfriend Tom is very possessive of her. Tom is learning karate from Lee, a sensei whose brother was killed by a rookie cop named Billy. Billy has since then become the janitor of the school that Ken, Julie and Tom go to. When Ken gets beaten up by Tom for talking to Julie again, Billy helps Ken by teaching him how to defend himself, which eventually leads to a battle between student vs. student, and sensei vs. sensei.

Review: Beat cop Billy (Billy Blanks) and his partner answer a domestic disturbance call, and in a scuffle, Billy kills a guy accidentally. He takes it hard and years later he’s living a low-key lifestyle, working as a high school janitor. He sees a new kid named Ken (Kenn Scott) getting harassed by a bunch of bullies, and he tries to encourage Ken to defend himself. But there’s a big problem: the bullies are students of Lee (Patrick Kilpatrick), a sadistic sensei at a local dojo, and it was Lee’s younger brother that Billy killed all those years ago. Lee has transformed himself into a mind-controlling master of the martial arts, and his students are conniving and manipulative punks. When Ken tries to befriend Julie (Christine Taylor) at school, he’s beat up by her boyfriend Tom (Ken McLeod). Billy takes the initiative and begins training Ken in the martial arts, and he builds him up to a point where he can not only defend himself against Tom, but beat him at his own game of fighting. It comes to a crescendo when one of Lee’s associates tries to lure Ken into an illegal gambling den where young fighters fight for cash, and Ken takes the bait, ending up in Lee’s clutches. Billy comes to rescue him, but as it turns out, Ken’s abilities have vastly improved and he does his own fighting for himself.

From director Robert Radler, who made the first two Best of the Best films, Showdown is The Karate Kid for the “R”-rated crowd, with brutal, dirty fights and beatings galore. The language isn’t too harsh, but it definitely earns its restricted rating with the violence. Patrick Kilpatrick (who played The Sandman in Death Warrant) is an evil, love-to-hate-’em bad guy, and Billy Blanks (from TC 2000) is a stalwart good guy, so it’s easy to choose a side and pick a team. Young Kenn Scott displays some impressive abilities as a martial artist, and while he wouldn’t go very far as an action star, he would much later direct the film The Adventures of Johnny Tao, starring Matt Mullins. Watch out for a fun action scene between Blanks and stuntman James Lew at one point in the film. Also, Brion James appears in the film as the school principle.

MVD Rewind has been killing it with their Imperial Entertainment rescues, and their release of Showdown is stupendous in every way. Available for the first time in widescreen, and new special features – namely a new making of feature – are added as a great bonus. And there’s a mini-fold out poster too, which is pretty rad. 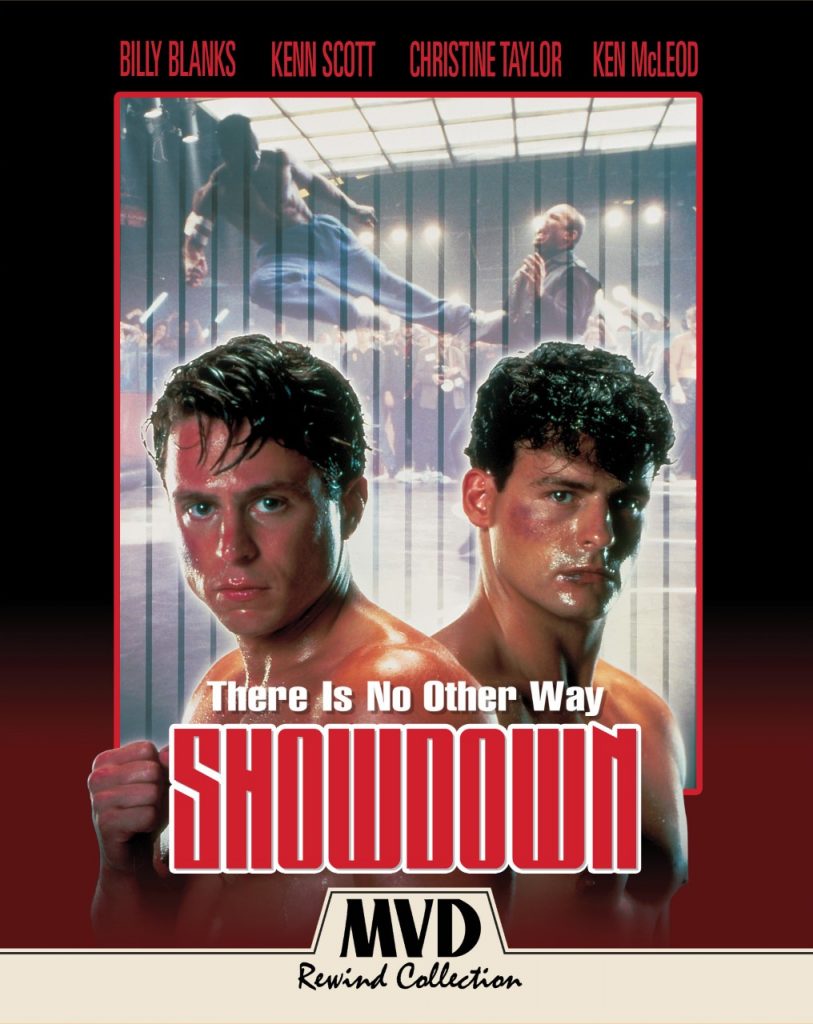