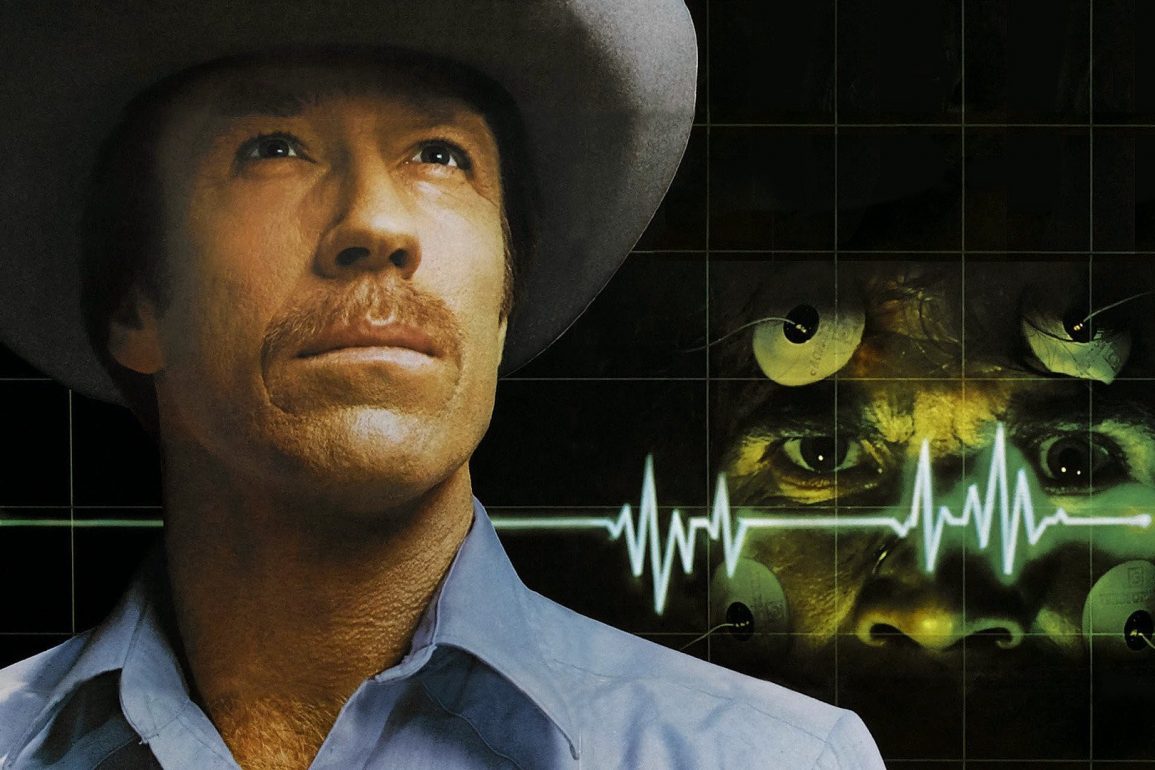 An odd hybrid film from the Chuck Norris filmography,Silent Rage should be a must-watch at some point.

Plot: A sheriff tries to stop the killing spree of a mute maniacal murderer who, as the result of years of medical experimentation, has the ability to self-heal.

Review: A borderline slasher, Silent Rage casts Chuck Norris as Texan Sheriff Stevens, a precursor to Walker Texas Ranger. Stevens responds to a 911 call and captures a homicidal maniac (Brian Libby) who had been renting a room in a house. The maniac has been an experiment at a nearby research and medical facility, and his doctors (who include Ron Silver and William Finley) have been working on a serum that would help regenerate wounded flesh and organs. When Stevens is forced to literally put the maniac down, the corpse is taken to the hospital, where it proceeds to heal itself and come back to life. Without letting the sheriff know about it, the doctors continue to pump the killer full of healing formula and when he wakes up he goes right back out to kill again and again. Sheriff Stevens already has enough to worry about in his small town: a gang of bikers terrorize the area and his good-for-nothing partner (Stephen Furst) makes matters worse, so it’s all up to Stevens to make the town safe again. The final fight between Norris and Libby (who keeps getting back up after being kicked more times than anyone else in any other movie starring Chuck Norris) ends with Libby getting kicked into a deep well. This being a horror movie by any other name, the killer is still alive when the credits begin rolling.

It’s a little odd to see Chuck Norris in a movie of this type. It’s a grindhouse flick with a nasty edge, but fans of Norris should get plenty of satisfaction out of seeing him do his kicks and punches ad infinitum throughout the film. He’s a slightly more playful and forgiving character here, and he’s even willing to tolerate his shlubby partner’s antics, which is beyond comprehension. He also has time to play a lothario with a secretary in the movie (played by Toni Kalem), and their love scenes might surprise fans of Walker Texas Ranger. An odd hybrid film from the Chuck Norris filmography,Silent Rage should be a must-watch at some point. It was directed by Michael Miller, who is best known for directing T.V. adaptations of Danielle Steel’s novels.

Mill Creek’s standalone Blu-ray release for Silent Rage is perfectly adequate in its presentation. A previous three-film collection release (Blind Fury was included at that time) was the best value, but this new release is presented with a retro VHS looking slipcover. Personally, I prefer standalone releases for the sake of my extensive collection; I like looking at the individual titled spines on my shelf rather than some sort of multipack release. I’ve been waiting for a singular, respectful high definition release of Silent Rage, and now we have it, albeit without special features. 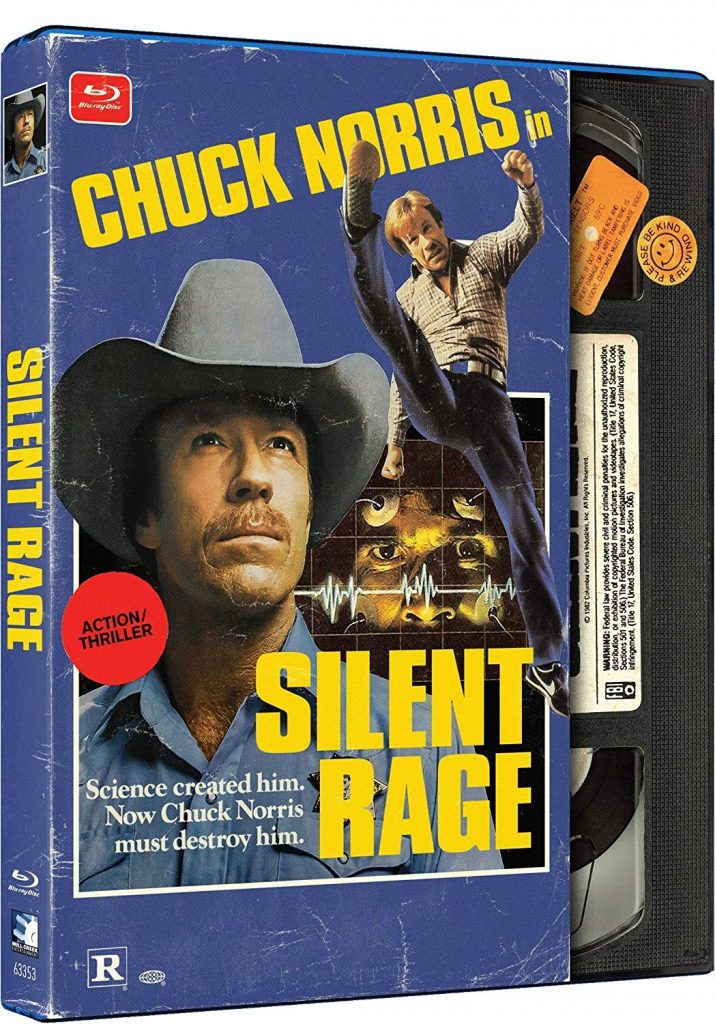